Bullying Lessons Taught by Violence in the Media 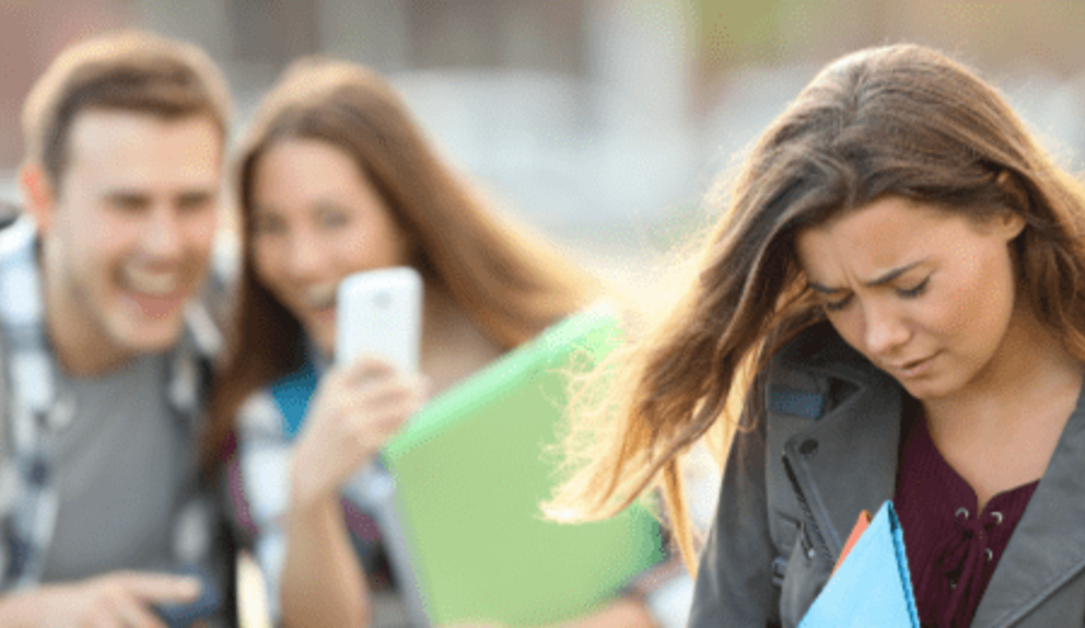 Another key factor is the prevalence of violence in the media, which has taught kids the wrong way to deal with tormentors. Teens, including those with wounded spirits, live every day with images of killing, poisoning, maiming, decapitating, knifing, crashing, and exploding. It is everywhere, from the theater to cable television to music videos and the Internet.

One of the most popular movies a few years ago was Scream, produced by Miramax—a subsidiary owned, it is sad to say, by the Disney Corporation. The film opened with the brutal killing of a young girl. Her body was then disemboweled and left hanging on a clothesline to be discovered by her mother. Millions of teenagers saw this movie during their most impressionable years. Scream 2 and Scream 3 have come along since. Thanks, Disney, for doing this to our kids. Your founder would roll in his grave if he knew what you are doing with his good name. So go ahead. Take the money and run. But as you go, remember that the blood of innocent victims will stain your hands forever. I deeply resent this demoralization and exploitation of the young that Disney Chairman Michael Eisner and other movie and television moguls have perpetrated at the expense of the most impressionable among us.

Given the pervasiveness of violence in the media, why are we surprised when kids who have seen and heard it throughout childhood sometimes act in violent ways? Children are taught that killing is the way they are supposed to act when insulted or frustrated. “Come on,” they shout when taunted, “make my day!” followed by the rat-a-tat-tat of an automatic rifle.

Many people blame school violence on the availability of guns, leading them to crusade passionately against firearms. There’s no doubt that adolescence and guns make a volatile cocktail, but that will not explain what is occurring today. Rabbi Daniel Lapin, president of Toward Tradition, said there was a time when boys in most American schools brought guns with them to their classrooms. They left them in the cloakrooms until the afternoon, when they retrieved them to go hunting. The firearms were not a problem. Now there is violence in almost every school, not because the guns have changed but because the boys have changed. And why have they changed? Because popular culture has taught them that violence is manly. Wasn’t Sylvester Stallone violent in Rambo? Wasn’t Bruce Willis violent in Die Hard? Wasn’t Arnold Schwartzenegger violent in Commando? Aren’t our boys learning from these role models to get even or to kill those who get in their way?

Protecting the family from this culture of violence is very difficult for parents. It’s like trying to hold back the falling rain. Nevertheless, we must shield our kids from it as much as possible, especially when they are young. Four prestigious national organizations have linked violence in television, music, video games, and movies to increasing violence among children. They are the American Medical Association, the American Academy of Pediatrics, the American Psychological Association, and the American Academy of Child and Adolescent Psychiatry. Their joint statement reads, in part, “[The] effects [of violence] are measurable and long lasting. Moreover, prolonged viewing of media violence can lead to emotional desensitization toward violence in real life.”

An even stronger statement was issued singly by the American Academy of Pediatrics. It was reported by Steve Rubenstein of The San Francisco Chronicle, who wrote, “Turn off the TV, moms and dads, the health of your little tyke is at stake. Children younger than 2 should not watch TV because it can interfere with ‘healthy brain growth,’ according to a new policy issued this week by the American Academy of Pediatrics. ‘Pediatricians should urge parents to avoid television viewing for children younger than 2. Research on early brain development shows that babies and toddlers have a critical need for direct interactions with [people] for healthy brain growth,’ the policy stated.”

The report continued, “In previous issues of the association’s medical journal, Pediatrics, doctors have warned that TV viewing by children can lead to violent behavior, obesity, apathy, lower metabolism, decreased imagination, constipation, and even death—in the event that the TV should topple over and fall on the child. But this is the first time the association has called for an outright ban. The study also said that the average child is subjected to 14,000 sexual references on TV a year and is exposed to $2 billion worth of alcohol ads in other media annually.”

Common sense told us decades ago that regular viewing of graphic images of blood and gore were harmful to kids, but only recently has there been enough credible scientific evidence to prove it. Now the authorities on child development are in agreement. The entertainment industry has put our kids at risk. The response from Hollywood, unfortunately, has been little more than a yawn.