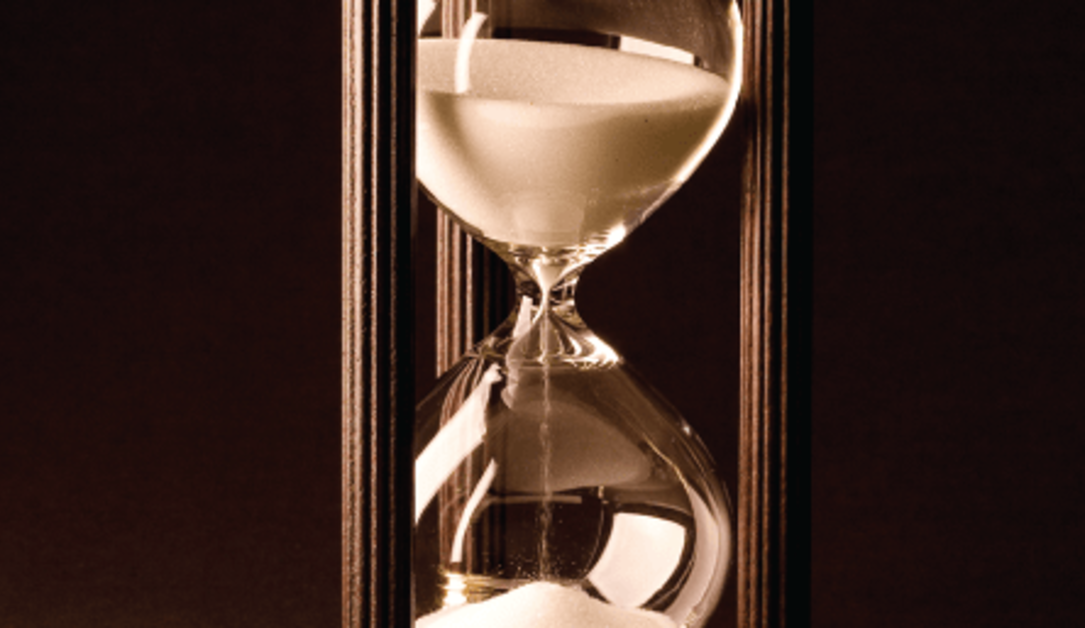 Whatever you do, work at it with all your heart.
Colossians 3:23


I love what consultant Peter Drucker has to say about setting priorities: “There is certainly nothing so useless as doing with great efficiency that which should not be done at all.”

As your list grows, you don’t even know where to start. So you don’t. You put off things you should do because you don’t have enough time, and the things you are doing ultimately have no value. When we don’t prioritize our “to-do list” we waste more time in the long run. When we believe everything on our list is important, or when we haven’t taken the time to identify what’s essential, we become most susceptible to being overloaded.

Spending time wisely is a matter of constant personal reflection—being mindful to determine the things we should do and being willing to let go of the things we shouldn’t do. It’s a matter of letting your yes be yes and your no be no (James 5:12). The difficulty for most of us is recognizing when to say yes and when not to. You can do this only when you know what you value and why. Identifying your values will determine your course of action.

Before King Xerxes named Esther his queen, she was orphaned as a child and raised by her uncle, Mordecai. When Mordecai became aware of a plot to destroy the Jewish people, he asked Esther to approach the King to ask for help.

When I think of a queen, I think of a woman married to a king with all the rights that position holds. In Esther’s case, however, she was only able to go to the king when she was summoned because anyone who approached the king without being summoned was put to death. Consequently, Mordecai was asking Esther to risk her life to save her people. Esther responded by requesting that Mordecai and other Jews fast and pray for her for three days. When this time was up, Esther approached the king.

Esther’s actions reflected her values. Her priorities were set. When she approached the king, “Esther had kept secret her family background and nationality just as Mordecai had told her to do, for she continued to follow Mordecai’s instructions as she had done when he was bringing her up” (Esther 2:20). Esther’s priority was obeying her uncle and saving her people even if it meant risking her life. As a result, Mordecai was honored and the Jews were saved.

Aware of her values, and not afraid to stand by them, Esther knew what she had to do. The same is true in our lives. The people or things that grip the most sensitive areas of our heart compel us to respond. What do you give yourself to and pour yourself out for? Your children? Your husband? The women you are mentoring? Your mom, dad, sister, or bother? Maybe it’s your ministry or job. Knowing what’s most important in your life will help you know what you need to do and when.

Emergencies happen and sometimes family and friends need you more than you need to complete your “to-do list.” So you drop what you’re doing to go to the hospital when a friend has been injured; you make a special trip to the grocery store to pick up ingredients to make dinner for a friend who just gave birth; and you rearrange your schedule to sit with a friend’s ill mother so your friend can get her hair done.

Once you know what’s important in your life, knowing how to invest your time is easier. God deposits 86,400 seconds into the time account of your life every day. You must use every last one of them, and He hopes you spend them wisely.

Most of us are so harried and desperate just to get through another day that we don’t take the time to step back and ask ourselves if what we’re doing really matters and if our activities reflect our priorities. Often the two are disconnected, though we may be too busy to see it.

Remember, you have 86,400 seconds today. Invest them wisely.