Can I Really Understand Politics 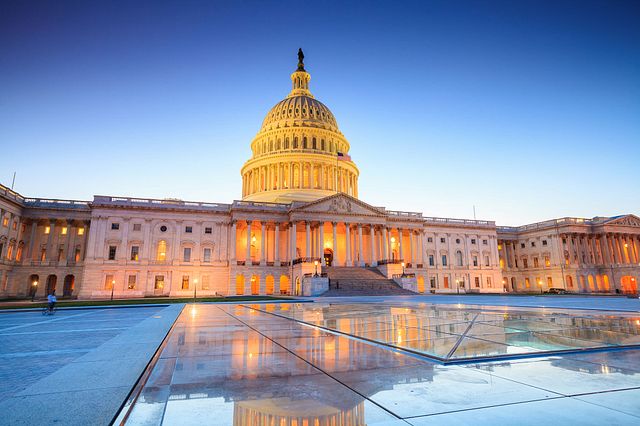 As "Super Tuesday" approaches, we all have the future of America on our minds! Congressman Bob McEwen joins Dr. Dobson and explains how to recognize a great candidate. Tune in for a lesson in government that's "easy as pie." Bob McEwen is Senior Advisor with the nationally recognized law firm of Greenebaum, Doll & McDonald. As such he maintains offices in Cincinnati and Washington, DC. An Ohio native, Bob McEwen represented Ohio in the United States House of Representatives for six terms. Prior to his Congressional service, he operated a successful Ohio Real Estate and Development firm as well as serving three terms in the Ohio General Assembly as the Senior Republican on the Financial Institutions and Insurance Committee. Rep. McEwen served as Chairman of the Environmental Affairs task force of the United States delegation to the European Parliament. McEwen was selected by the Democratic leadership of the U.S. Congress as the chief spokesman for the United States in discussions with European Green Party and other Environmental Organizations. In 2005, McEwen and two others, Members of Congress, hosted the third conference of Balkan Prime Ministers for the purpose of facilitating dialogue and reconciliation in that troubled region of the world. On August 23, 1989, Congressman McEwen and United States Senator Robert Dole participated as United States observers in Warsaw, Poland to the first ever Parliamentary election of a non-Communist leader of a Soviet bloc country. Hours later, the new Prime Minister, in his first official act, received the Congressman and Senator prior to meeting with the Soviet representatives of the regime that had occupied that nation for fifty years. This action was the spark that encouraged the collapse of Soviet dominated governments throughout Eastern Europe culminating in the destruction of the Berlin Wall ten weeks later. Senator Dole and Rep. McEwen met the following day with the President and U.S. National Security team in Kennebunkport, Maine to fashion the United States response and position in support of Warsaw Pact nations seeking to break away from Soviet domination. Representative McEwen served as an official United States observer in Moscow during both the 1991 Soviet Coup attempt and to the Kremlin in January of 1992 when the Soviet Union was dissolved. Mr. McEwen was elected by his colleagues to the two most coveted positions in the U. S. Congress; the Select Committee on Intelligence which oversees all of our nation's secrets, and the powerful House Committee on Rules which has jurisdiction over all legislation in the Congress. As one of only four Republicans on the thirteen member Rules Committee, Mr. McEwen managed nearly one-third of all legislation on the House floor for the Republican side of the Congressional aisle. McEwen legislation approved by the Congress included the National Strategy Act that realigned the chain of command during times of hostilities, directly from the Theater Commander to the National Command Authority in Washington. Defense Secretary Dick Cheney and General Norman Schwarzkopf have credited this change with playing a major role in the success of Operation Desert Storm. He was selected by Administration and Congressional leaders to floor manage such critical national security legislation as the B-2 bomber authorization, the nuclear freeze debate, and to give the closing arguments before the vote to authorize military action by the United States in Desert Storm. Mr. McEwen has often been selected as negotiator to bring resolution to Senate/House conference committee impasses on dozens of pieces of legislation, particularly affecting Public Works, the Clean Air Act, the Clean Water Act and International Relations.
Listen
Download
Subscribe
Order a CD of this Broadcast