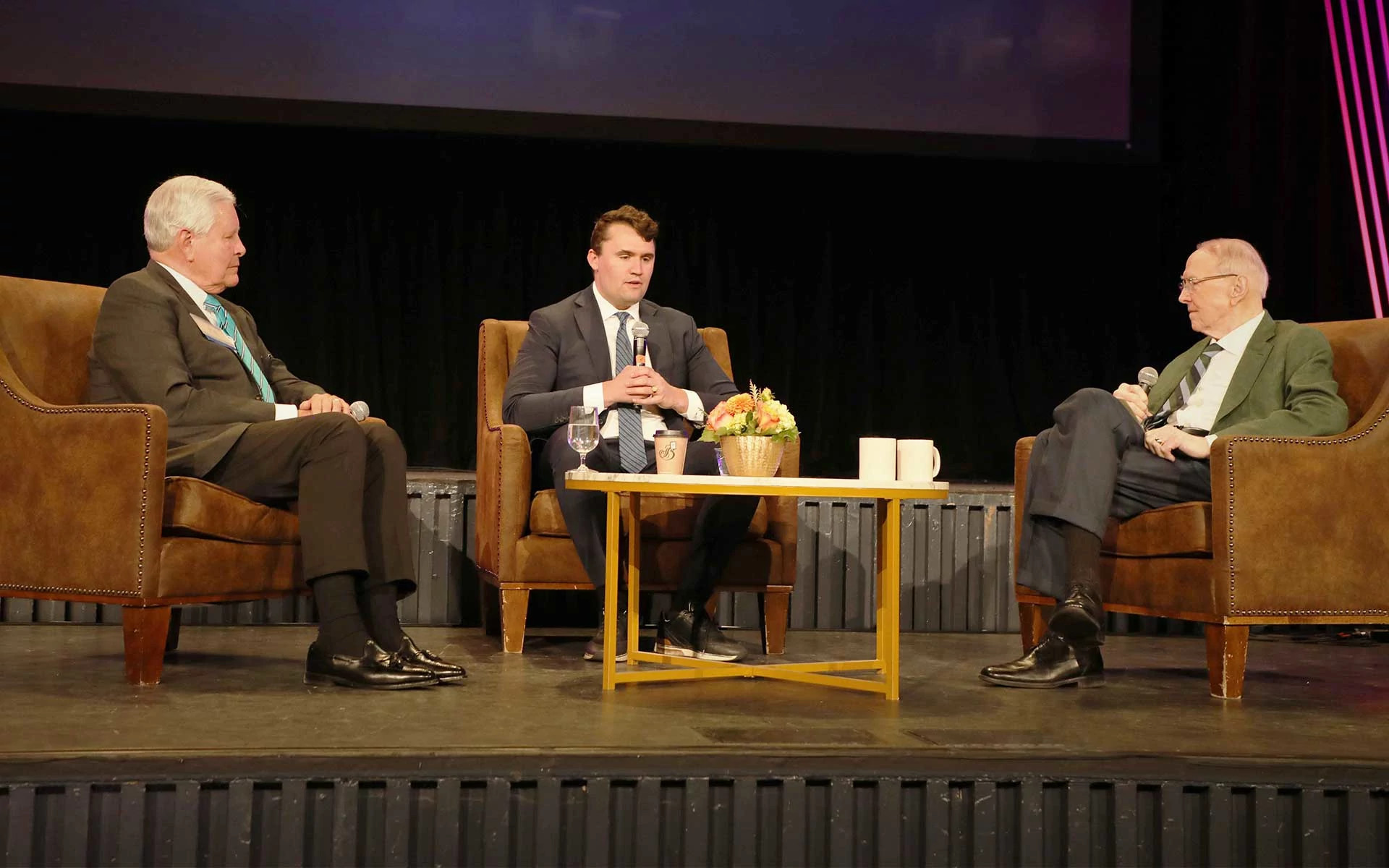 I've asked my colleague, Gary Bauer, to write the following letter to our constituents in these final days before the midterm elections. I consider this to be one of the most important votes in American history. It may be our last opportunity to restore a balance of power to the three branches of government in time to save us from tyranny and moral collapse. Does that sound alarmist to you? I think not. I believe the danger facing this country cannot be overstated. Read on to understand the peril we are facing and what God-fearing citizens can do to help save this nation, the greatest in the history of the world.

America is in deep trouble. Our country is experiencing skyrocketing crime, racial division, political and economic corruption, disrespect for life, failing schools, and a growing drug epidemic. All too often the solution offered to these crises is more big government socialism that threatens our fundamental liberties and the future of our children.

Many of our problems are a reflection of growing moral relativism and the breakdown of reliable standards of right and wrong. Our founders believed that only a virtuous people could remain free. We appear to be intent on testing that proposition.

Our only hope for our country is for Christians to rise up and let our voices be heard. That is why this letter, just before the November election, is so critical. To save the country, America's churches must boldly speak the truth to a hurting nation. Millions of individual Christians, like you, must fulfill their responsibilities of Christian citizenship.

We are blessed to live in a country where we have enjoyed a level of religious liberty that's rare in human history. But now powerful forces in government, the universities, and mass media are threatening religious liberty as well as our other freedoms. No solutions for the American crisis are possible without the participation of millions of American Christians leading the way. We must participate in the halls of government, in the public square, and leading the national debate. It is essential that we are in the pews on Sunday and first in line to cast our votes on Election Day.

At the federal level, this election will determine who has the majority in the U.S. Senate and the House of Representatives. At the state level, dozens of governorships and state legislatures are at stake. At the local level, new mayors, city councils, and school boards will be elected. At all three levels of government, the men and women we elect will pass laws that will determine the kind of country we pass on to our children and grandchildren.

The U.S. Senate is divided today 50 to 50. Tie-breaking votes are cast by Vice President Kamala Harris. Thirty-five of these U.S. Senators are up for election on November 8th. The new Senate that takes office on January 3, 2023, will confirm hundreds of new judges to all the federal courts during the next two years. They will also fill any Supreme Court vacancy that may occur. The sanctity of life, religious liberty, your Second Amendment rights, freedom of speech, and much more will all be at risk if a new Senate majority rejects the Judeo-Christian values that are the foundation of the United States. Polling indicates over a dozen of the Senate races are so close that the winner may very well be determined by only a few percentage points. Think of the impact we can have on Election Day if just a few more Christians will vote in each precinct in America.

Not all issues in an election are of equal importance. As a Christian voter, it is imperative that you zero in on those matters with a moral basis and give them the highest priority. And remember this: behind every candidate is the party platform that he or she stands on and the policies he or she will promote.

Here are three of the key issues every Christian voter must consider when supporting or opposing a candidate this November.

The Right to Life
After years of prayer and hard work, the Supreme Court decided this year that there is no constitutional right to abortion. This is a tremendous victory that could save countless lives. The court sent the abortion issue back to the people of each state to debate and reach a consensus.

Planned Parenthood and radical pro-abortion forces have launched an all-out multi-million-dollar campaign to defeat pro-life members of Congress, state legislators and governors.1 A recent effort in Congress to make abortion on demand, without any restrictions, the law of the land actually passed the House 219 to 210. Thankfully, it failed in the Senate, as it could not clear the chamber's 60-vote filibuster threshold.2

The vote was strictly along party lines. All but two Democrats voted pro-abortion. All Republicans voted pro-life. In both cases, this reflected the position of each party's platforms.

Religious Liberty
In recent years, our fundamental right to the "free exercise of religion" in the First Amendment of the Constitution has come under sustained legal and political attacks. Thankfully, this year we scored another major victory in the Supreme Court when Justices Brett Kavanaugh, Amy Coney Barrett, and Neil Gorsuch, all appointed by then-President Donald Trump, voted in the majority to strengthen the guarantee of religious liberty.3

The battle rages on, however. At every level of government we must elect men and women who unambiguously support religious freedom. Because the Senate confirms nominees to the Supreme Court, it is particularly important to elect senators who strongly support this basic constitutional liberty.

Protecting Children
All candidates claim they are pro-child. But the devil is literally in the details. There is a well-financed powerful movement dedicated to exposing America's children in the classroom to the radical LGBTQ+ agenda, inappropriate explicit sexual education material, and transgender ideology at the earliest ages.4

In some schools, so called "critical race theory" is dividing our children by race. It teaches white children that they are genetically racists and tells minority children they are oppressed and cannot accomplish their dreams. These are unfounded and deeply damaging doctrines.

Even in more traditional, conservative areas of the country, parents have been shocked to find out their child's school may be promoting these corrupt agendas.5 Make sure local school board candidates, from rural communities to Washington D.C., support parental rights in the education and upbringing of our children. Look for candidates who are also pro-school choice and support faith-based Christian schools. Elect candidates who are willing to stand with you against the transgender agenda that is deceiving and harming an increasing number of our children. Parents have the divine calling to raise their kids, not the government or some radical agency that has no regard for the welfare of our youth.

Our country desperately needs Christian men and women to stand up now for faith, family, life and freedom. Please join us in praying for a revival to sweep our land and for God to bless us with courageous leaders. And pray that millions of Christians will fulfill their civic and moral responsibility to vote on November 8th to restore our sweet land of liberty before it's too late.

America is counting on you.

This letter may be reproduced without change and in its entirety for non-commercial and non-political purposes without prior permission from the
Dr. James Dobson Family Institute. Copyright, 2022 JDFI. All Rights Reserved. International Copyright Secured. Printed in the U.S.