What Daughters Need From Dads 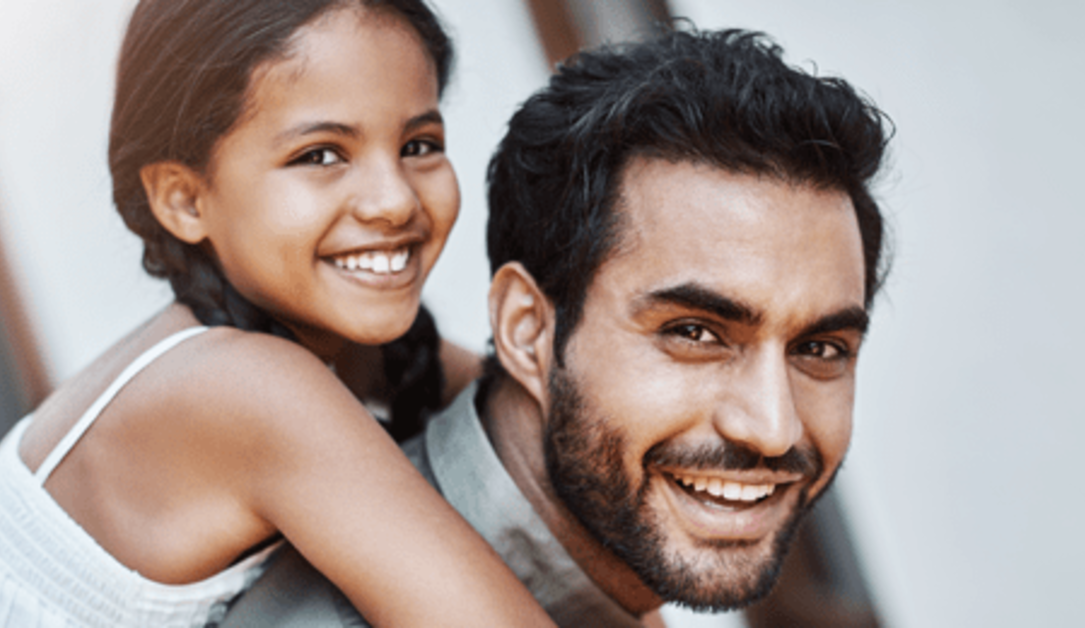 A father holds the keys to his daughter's feminine identity, her sense of self-worth, and her future relationships.

A dad's affirmation, or the lack thereof, will play a role in every aspect of her life, even influencing her choice of a marital partner.

There is a place in the female soul reserved for Dad, or a daddy figure, that will always yearn for affirmation. Not every girl or woman is the same, of course, but almost every girl desires a close bond with this most significant man in her life. She will adore him if he loves and protects her and if she finds safety and warmth in his arms. She will feel that way throughout life unless he disappoints her or until one of them dies. She will tend to see all men through the lens of that relationship. If he rejects and ignores her, or worse, if he abuses and abandons her, the yearning within her becomes more intense, though it is often tainted with resentment and anger.

Let me make another thing clear, although some of you will not like what I am about to write: mothers cannot fill this particular empty space. They can and must meet similar needs for love and adoration, and in fact they do occupy their own real estate in a daughter's heart. A girl without a mother's love is a sad spectacle indeed, and I would not minimize the maternal role in any regard. But moms can't be dads, and dads can't be moms. This is why the current advocacy on behalf of same-sex marriage and homosexual adoption contradicts what is best for children.

Some girls will go to great lengths to achieve a close relationship with their fathers. I am reminded of a man who told me about driving a teenage boy to the home of his thirteen-year-old girlfriend. When they arrived, a pretty little teenybopper popped out of the house dressed like a prostitute. She was wearing fishnet stockings and a shocking see-through dress that revealed just about everything, including her panties and bra. Her father was standing in the front yard when she walked past him. He looked up and said, "Have a nice time."

After the girl was in the car, she explained tearfully that she was wearing the sexy dress because she wanted to see if her dad cared enough to stop her. He didn't. It was just a test of his love and concern. He failed it. When they arrived at their destination, she went into the women's restroom and changed her clothes.

Let me elaborate on a fundamental question: why do girls and women have such intense needs for affirmation from their fathers, and why does the hurt caused by abandonment or rejection often reverberate for a lifetime? As you'll recall, a primary reason for this inner ache is because a daughter's sense of self-worth and confidence is linked directly to her relationship with her dad. What he thinks about her and how he expresses his affection is a central source of her perceived value as a human being. It also affects her femininity and teaches her how to relate to boys and men. Given this vital role in the development of girls, it is a tragedy that 34 percent of these precious babies are born into homes without a father present. They are deprived of fatherly support and influence from the moment of birth!

Counselor and author H. Norman Wright addresses this matter of a woman's sense of identity in his outstanding book Always Daddy's Girl. It contains the following cogent observation, written directly for the female reader:

Your relationship with your father was your critical initial interaction with the masculine gender. He was the first man whose attention you wanted to gain. He was the first man you flirted with, the first man to cuddle you and kiss you, the first man to prize you as a very special girl among all other girls. All of these experiences with your father were vital to the nurturing of the element which makes you different from him and all other men: your femininity. The fawning attention of a father for his daughter prepares her for her uniquely feminine role as a girlfriend, fiancée, and wife.

If there was something lacking in your relationship with your father when you were a child, the development of your femininity suffered the most. Why? As a little girl, you by nature expressed all the budding traits of the feminine gender. If your father was emotionally or physically absent, or was harsh, rejecting or angry toward you, you automatically and subconsciously attached his disapproval to your femininity. You didn't have the intellectual capacity to understand his rejection, nor did you have the inner defensive structure to insulate yourself against it. You simply and naively reasoned, "I want Daddy to like me; Daddy doesn't like me the way I am; I will change the way I am so Daddy will like me."

When a father does not value or respond to his daughter's femininity, she is stunted in her development. When a daughter has little experience in delighting her father as a child, she is incomplete. She is left to discover her femininity for herself, often with tragic results in her relationships with men.


Wright's insightful analysis explains why some young women are so emotional about the rejection they felt from their fathers. It tells us why the most casual negative remark made by a dad years ago still echoes in his daughter's heart. It should also say something profound to today's fathers about their own vulnerable little girls.

Please understand that it is not my purpose to browbeat men or disparage their efforts to meet the needs of their children. Most of them are deeply committed to their families and want to be good fathers. Nevertheless, the pace of living and the pressures of work make it difficult to remember what really matters in the grand scheme of things. Former Beatle John Lennon wrote this lyric in one of his final songs: "Life is what happens to you while you're busy making other plans." How little he knew. Lennon had only a few days to live.

Your Daughter will Thank You for Your Time and Tenderness

Dad, Please Talk To Your Daughter