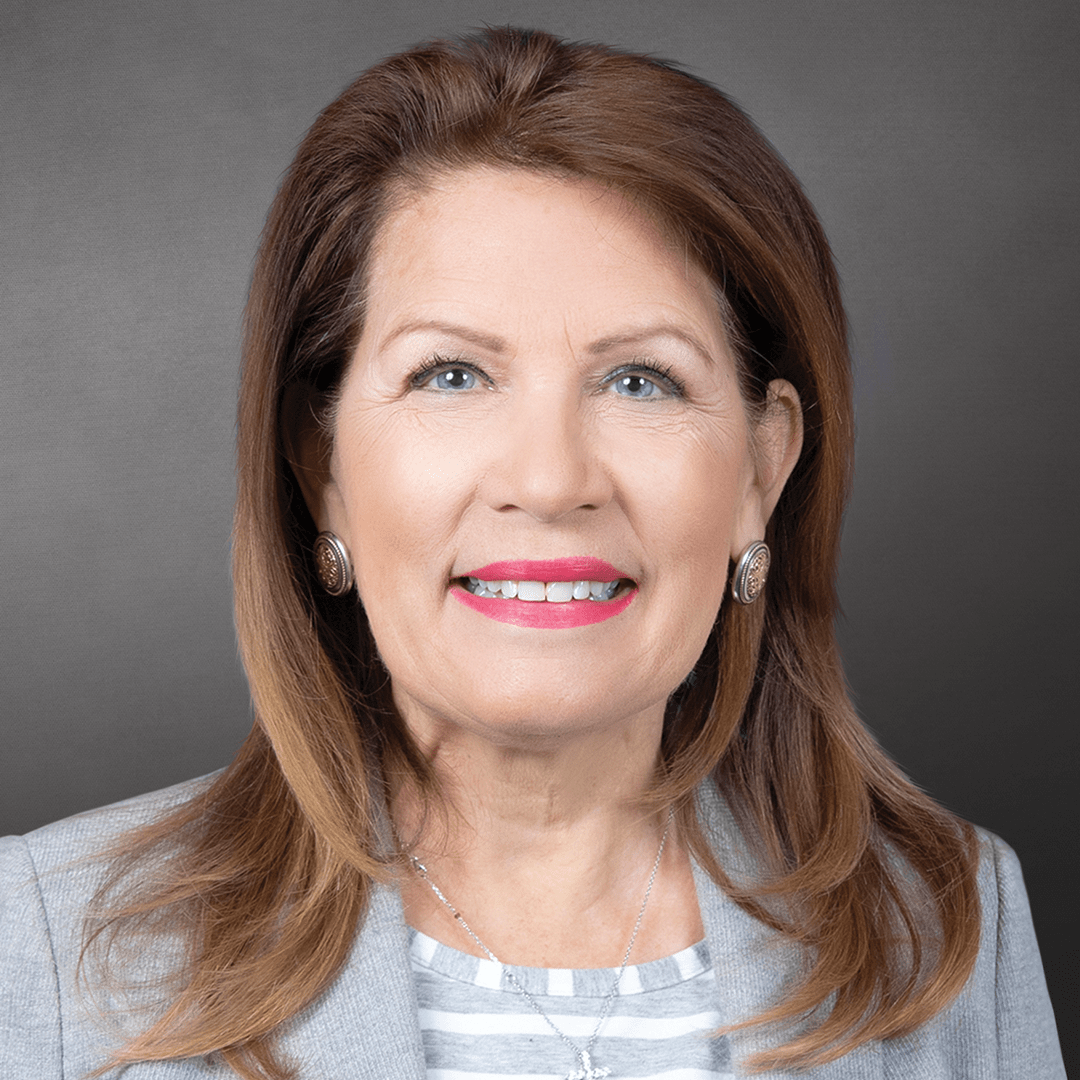 Michele Bachmann was born in Waterloo, Iowa. She received a B.A. in Political Science and English from Winona State University in 1978. She married Marcus Bachmann, a clinical therapist who holds a master’s degree from Regent University. In 1986, Bachmann received a Juris Doctor degree from Oral Roberts University. She was a member of the ORU law school’s final graduating class, and was part of a group of faculty, staff, and students who moved the ORU law school library to Regent University. Two years later, she completed a Master of Law in taxation at the College of William & Mary. She worked for four years as a lawyer for the Internal Revenue Service’s Office of Chief Counsel in St. Paul, Minnesota.

Bachmann and her husband have five children. They also worked with a private foster care agency to house 23 children in their home during the 1990s. Bachmann’s children were homeschooled and also attended private Christian schools, and her political career stemmed from her interest in education reform.

In 2000, Bachmann defeated a longtime moderate incumbent for a state senate seat in Minnesota. In 2006, Bachmann entered the race to represent her suburban Minneapolis congressional district. She won 52 percent of the vote, becoming the first Republican woman from Minnesota elected to the House of Representatives. She easily won reelection in 2008 and 2010.