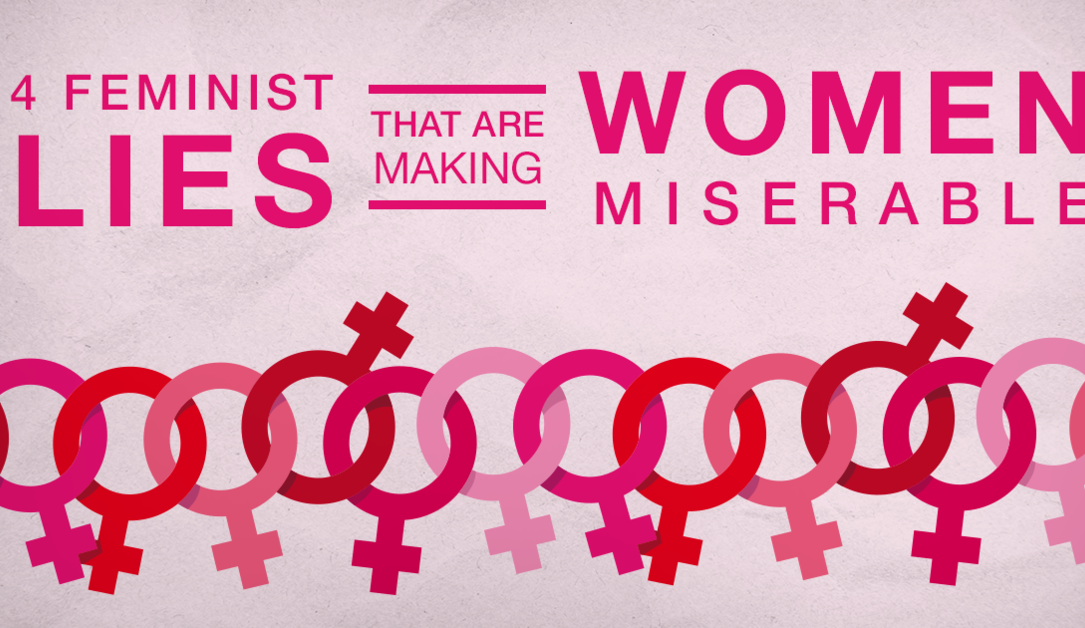 Twenty years ago, I wrote my first book about why women can't "have it all," or at least not all at once, despite what the culture tells them.

At the time, the so-called Mommy Wars were raging. Women everywhere had been sold a bill of goods by their feminist sisters and mentors. Many were either lamenting the futility of being able to successfully work full-time outside the home while maintaining a healthy marriage and family life—or were defending their choice to work full-time by insisting that children "do fine" in round-the-clock daycare.

Since then, the messages to women about how to have a happy life have merely served to make women miserable. Not only are they unhappier than their mothers and grandmothers ever were, they're significantly more stressed out—much more so than men.

None of this has done anything to help men and women find their way to one another, either. Dating in America is all but dead, and marriage is at an all-time low. While there's more than one reason for this sad state of affairs, at the heart of it are the lies feminists have been telling for years. Here are four, in no particular order:

It started with a seemingly comical phrase Gloria Steinem used during the height of the 1960s feminist movement: "A woman needs a man like a fish needs a bicycle." It's still alive and well today, whether it's Jennifer Aniston talking about how women "don't have to fiddle with a man to have that child" or Emma Watson talking about "self-partnering."

Over time, as women began to make their own money and take advantage of the birth control pill, they came to believe that women don't, in fact, need men. They were wrong. Biologically, women are wired to depend on men. Most women still want to be mothers, and when they do, they become vulnerable.

Even today, women know instinctively that they will ultimately need a man if they want to have a family, and if they want the option of being home at all, if only for a period of time. Indeed, research shows that what matters most to women—even to those who are economically independent—is knowing they have a man on whom they can rely. It's the feeling of being safe and in good hands—yes, even financially—that matters most. That is what's known as hypergamy, and it is alive and well in 2020.

2. Men and Women Are the Same, or Gender Is a Social Construct

The precise moment in history when the relationship between the sexes took a nosedive is when women began to have sex like a man—casually, with no strings attached—under the guise that women are no different from men and are thus just as capable of having casual sex.

From college campuses to our nation's boardrooms, many women today have learned to pursue sex the way men often do: no commitment necessary. And they're getting burned. If there's anything that proves this in spades, it's the so-called campus rape crisis and the excesses of Me Too. For if it were true that women are "just like men" in their ability to disentangle sex and emotion, why would campus flings and office dalliances become a cause for the courts rather than a welcome ride?

It's not just our sexuality that confirms the disparate natures of women and men—parenting proves it in spades. Once a baby arrives, a woman's nurturing gene almost always kicks in. Providing for her child emotionally is her first instinct, which is why going back to work too soon is heart-wrenching for mothers.

A father's reaction is different: his first instinct is to support the family financially. It is not his sole contribution, but it's first on his list. Simply put, that men and women may both be capable of performing identical tasks doesn't mean they want to do them with equal fervor. Desire matters.

The biological clock may be politically inconvenient, but that doesn't make it any less real. The ideal age for a woman to get pregnant is 25. Because of this, it stands to reason that men can postpone marriage longer than women can. But we don't tell women this.

Instead, we pretend they can map out their lives with career at the center, as men do, as though they won't hit a point in which their ability to conceive will invariably clash with a career. Articles abound with the goal to obscure the biological reality that it's easier for women to have babies in their twenties and early thirties.

We lie to women, in other words.

And in doing so, feminists get what they want—for women to reject maternal desire and to instead produce in the marketplace—but everyday women do not. Indeed, after decades of following the cultural script, women can often no longer find husbands. Or they can't have babies. Or if they do get married and have babies, they can't stay home with them because they mapped out a life that supported an entirely different goal.

4. A Career Is More Meaningful Than Marriage and Children

Of all the lies feminists tell, the idea that career success is more fulfilling than marriage and family is by far the greatest. It is almost impossible to convey the depth of this lie, for it too began in the 1960s, this time with Betty Friedan's insistence that being a wife and mother is akin to being in a "comfortable concentration camp."

Since that time, American women have been walloped with a steady diet of words and images that drive Friedan's argument home. Humans are pack animals: we need to feel part of the group to feel good about ourselves. Some of us are content to stand apart from the crowd, but most are not.

Cultural messages matter. Since mothering is no longer revered or encouraged, women are surprised to discover how heart-wrenching it is to leave their babies and return to work. They're surprised to discover that work isn't nearly as satisfying as they were led to believe. This same sense of unease is felt by single women who can't find a man with whom to settle down.

Careers aren't fulfilling at all, it turns out, if you wind up in bed at night alone. So, here I am saying it as loudly as I can: Women have been lied to for years, and that's why they're so unhappy.

There is only one solution. Flip your priorities—put love and family, not work, at the center—and you will win in the game of life. That's what I did, and it has made all the difference.

Listen to Suzanne Venker on the daily broadcast.

Part 1: As the culture continues to blur traditional gender roles, believers must remember God’s calling for men and women to stand firm on biblical truth. Dr. James Dobson welcomes author Suzanne Venker and shares a recorded conversation with the late conservative icon and family advocate, Phyllis Schlafly. They talk about the destructive repercussions of the feminist movement of the 1960s and 70s, and how it continues to hurt women today.

Part 2: The purported goal of 1960s-style feminism was to "free" women from their oppressive lifestyles. The late conservative leader, Phyllis Schlafly, and author Suzanne Venker explain why that notion was misleading from the start. Their discussion with host Dr. James Dobson shines a light on the true intentions of this movement, which is really rooted in a disdain for traditional values.

Suzanne Venker is a speaker, certified relationship coach, and author of five books that challenge feminist narratives surrounding men, women, work, and family. Suzanne is a columnist at the Washington Examiner, a contributor at The Federalist, and a former contributor at Fox News. She has written countless articles for publications such as Time, Parents, the New York Post, and the St. Louis Post-Dispatch. She has also been featured in The Wall Street Journal, as well as in Newsweek, Forbes, The Economist, The Huffington Post, and London's Daily Mail. Suzanne has been featured on several television shows include STOSSEL, The View, Fox & Friends, ABCNews.com, CNN, C-Span’s Book TV, and more. She has also appeared on hundreds of radio shows throughout the country including being featured on "The Dr. Laura Program," "The Late Show with Stephen Colbert" and "The Rush Limbaugh Show." Suzanne lives in St. Louis, Missouri, with her husband and their two teenage children. 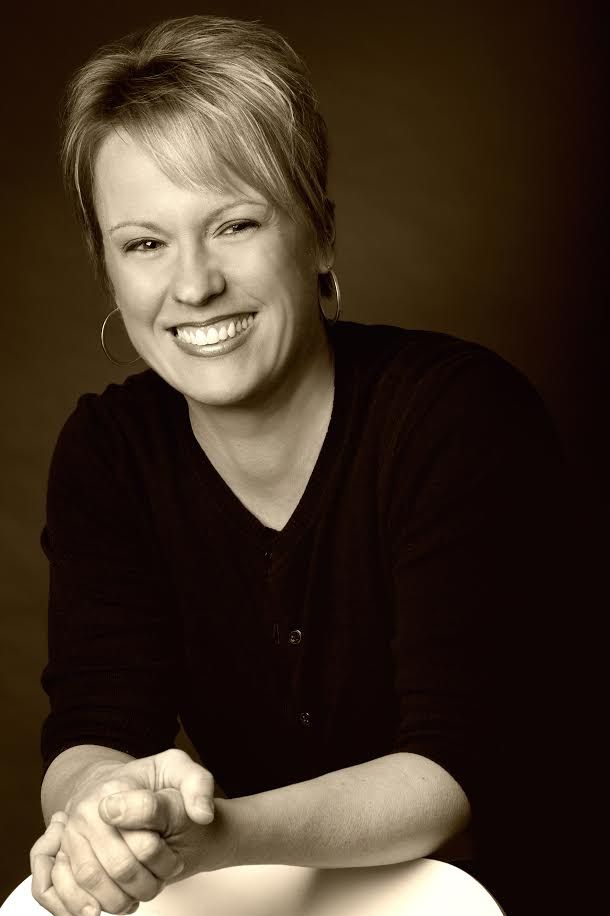