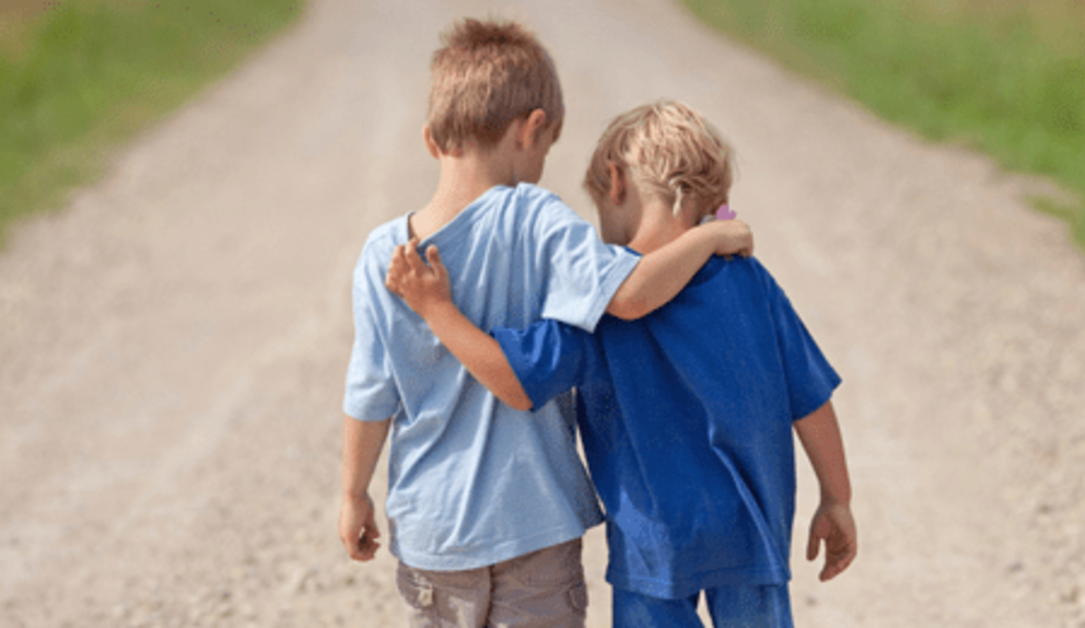 Let's look at the threats to self-esteem that must come as your child matures. From about three years of age, your little pride and joy begins making his way into the world of other people.

This initial "turning loose" period is often extremely threatening to the compulsive mother. Her natural reaction is to hold her baby close to her breast, smothering him in "protection." By watching, guarding, defending, and shielding night and day, perhaps she can spare her child some of the pain she herself experienced growing up. However, her intense desire to help may actually interfere with growth and development. Certain risks must be tolerated if a child is to learn and progress. He will never learn to walk if he is not allowed to fall down in the process.

About twenty years later, however, at the other end of childhood, we expect some radical changes to have occurred. That individual should then be able to assume the full responsibilities of young adulthood. The adult is expected to spend money wisely, hold down a job, be loyal to his or her spouse, support the needs of a family, obey the laws of the land, and be a good citizen. During the course of childhood, an individual should progress from a position of no responsibility to a position of full responsibility. Now, friends and neighbors, how do little John and Joan get from position A to position B? How does this magical transformation of self-discipline take place? There are many self-appointed experts on child raising who seem to feel it all should happen toward the latter end of adolescence, about fifteen minutes before John or Joan leaves home permanently. Prior to that time, the child should be allowed to do whatever is desired at the moment.

Enter again the emotional and physical threats of which I've spoken. They can easily cause an anxious mother to turn loose the rope in the tug-of-war. Her idea is: "If I keep him dependent on me as long as possible, I can better protect him from the cruel world." Therefore, she won't let him cross the street for several years after he could make it safely. She does everything, requiring nothing in return. She enters into each neighborhood argument that occurs among his friends, taking his side regardless of who was right. Later she walks him to school, holding his hand with the proud assurance that she is being a good mother. And heaven help the teacher who tries to discipline her little tiger! All through childhood she fosters a continuation of the infancy relationship, retaining all the responsibility on her back.

Does Junior prosper under this setup? Of course not. Mother is giving of herself totally, which seems a loving thing to do. However, at the same time she is allowing her overprotected child to fall behind in the normal timetable in preparation for ultimate release as a young adult. As a ten-year-old he can't make himself do anything unpleasant, since he never has had any experience in handling the difficult. He does not know how to "give" to someone else, for he has only thought of himself. He finds it hard to make decisions or to exercise self-discipline. A few years later he will be an adolescent completely unprepared for freedom and responsiblity. His future spouse is in for some surprises I shudder to contemplate. Marguerite and Willard Beecher, authors of an excellent book called Parents on the Run, first described the concept this scenario presents. They stated, and I strongly agree, that the parent must gain freedom from the child so that the child can gain freedom from the parent. Think about that for a moment. If you never get free from your child by transferring responsibility, then the child remains hopelessly bound to you as well. You have knotted each other in a paralyzing interdependency that stifles growth and development.

One young widow had been left with the terrifying task of raising a baby by herself. Davie was the only person left in the world she really loved. Her reaction was to smother him totally. The boy was seven years old when she came to me. He was afraid to sleep in a room by himself. He refused to stay with a baby-sitter and even resisted going to school. He did not dress himself, and his behavior was infantile in every regard. In fact, instead of waiting in the reception room while I talked to his mother, he found my office and stood with his hand on the doorknob for an hour, whimpering and begging to be admitted. His mother interpreted all this as evidence of his fear that she would die as his father had. In response, she bound him even more tightly, sacrificing all her own needs and desires. She could neither go on dates nor bring any men into their home. She could not get involved in any activities of her own or have any adult experiences without her cling-along son. She had never gained her freedom from Davie, and Davie had not gained his freedom from his lovin' mama.

Have you allowed your child to enjoy age-appropriate freedom and responsibility? Does your fear of emotional and physical hardships keep a child locked in your arms? Are you afraid to make him work because he protests so loudly? I have discovered that this process of dependency may not always be motivated by an admirable desire to protect the child. Very often, a mother (more frequently than the father) will foster a binding relationship to meet her own emotional needs. Perhaps the romance has gone out of her marriage, and a child is her only real source of love. Perhaps she has had trouble making lasting friendships. For whatever reason, she wants to remain at the center of the life of her child. I'm certain Davie's mom had this need. Thus, the parent fosters dependence, waiting on the child hand and foot. She refuses to obtain her freedom for the specific purpose of denying him his. I know one mother-daughter team that maintained this interlocutory relationship until the mother's death at ninety-four years of age. The daughter, then seventy-two, found herself unmarried, alone, and on her own for the first time. It's a frightening thing to experience in old age what other people endure in adolescence.

As indicated, this vital task of turning a child loose is not restricted to the early years. It is equally important all the way through the march toward young adulthood. Each year a child should make more decisions. More routine responsibilities of living should fall on his shoulders as he is able to handle them. A seven-year-old, for example, is usually capable of selecting clothing for the day, making the bed each morning, and keeping a bedroom straight. A nine- or ten-year-old may carry more freedom, such as the choice of television programs to watch (within reason). I am not suggesting abdicating parental leadership. I believe we should give conscious thought to the reasonable, orderly transfer of freedom and responsibility so that we are preparing the child each year for that moment of full independence.


From Dr. Dobson's book, The New Hide or Seek.

Guiding a Strong-Willed Child Through the Rebellious Years