Building Bridges to the Hearts of Our Children 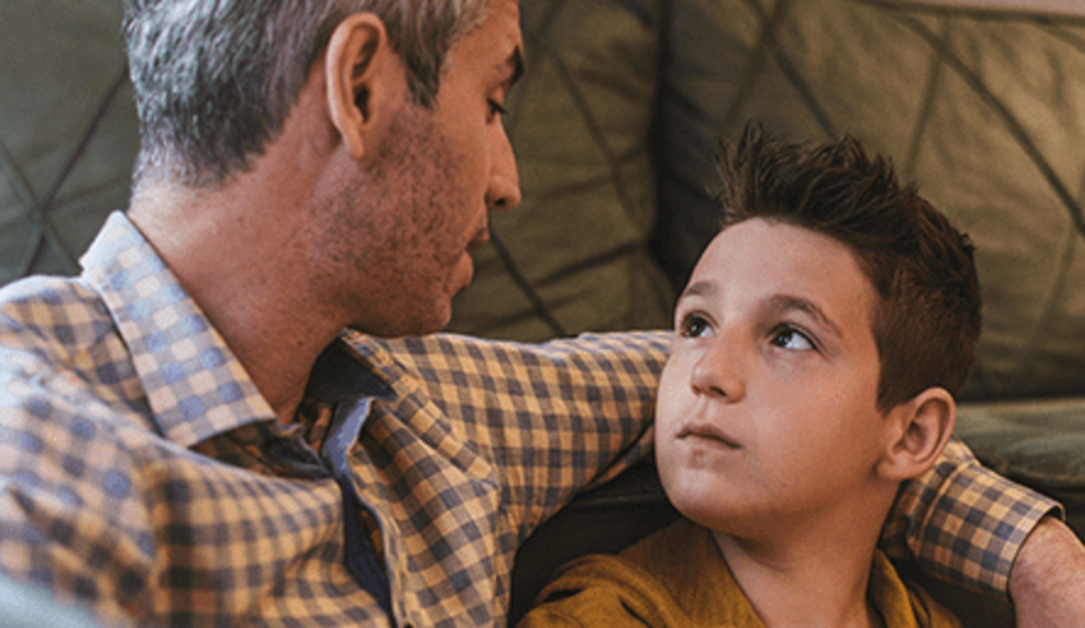 The culture is at war with parents for the hearts and minds of their children. I don't need to describe this battle because you see it, too. Parents in decades past would not have believed what was about to happen to the institution of the family. I am not sure many of us understand it either.

Immorality, pornography, violence, and illicit drugs touch almost every home. Most moms and dads love their children and are trying to shepherd them past the minefields that lie scattered in their paths. However, they are perplexed by the challenges they face.

When I was a kid, parental authority typically stood like a great shield against the evils in what was called "the world." Anything perceived as unwholesome or immoral was kept outside of the white picket fence simply by willing it to stay put. Furthermore, the surrounding community was helpful to families.

It was organized to keep kids on the straight and narrow. Censorship prevented the movies from going too far, schools maintained strict discipline, disrespectful or rebellious students were "paddled" or found themselves sitting in "detention," infractions were reported to the parents, truant officers caught students playing hooky, chaperones usually preserved virginity, alcohol was not sold to minors, and illicit drugs were unheard-of. Even unrelated adults saw it as their civic responsibility to help protect children from anything that could harm them, whether physically, emotionally, or spiritually. Most townsfolk were acquainted with other children's parents, so it was easier for them to intervene. This support system didn’t always do the job, of course, but it was generally effective.

This commitment to the welfare of children has all but vanished. Rather than assisting parents in their child-rearing responsibilities, the pop culture and politically correct ideology conspires against them. The Judeo-Christian system of values is on the wane. Harmful images and ideas come sliding under the front door or they slither directly into the bedrooms through electronic media. Illicit drugs are available to every teen or preteen who wants them. Everything changes for those who are taking them. With every child having a cell phone with which to access each other beyond parental ears, and with the advent of the all-pervasive social media, there are just too many opportunities for kids to conspire and to get into trouble. Controlling those ever-changing dynamics of child development puts our kids at greater risk and their parents in disarray.

Considering how the world has changed, it is no longer enough to make and enforce rules to keep children in line. It still makes sense to prohibit harmful or immoral behavior, and to discipline and punish when appropriate. However, these time-honored approaches to child management must be supplemented by an emotional connection that makes children want to do what is right. In short, it is doubly important to build relationships with kids from their earliest childhood. Your sons and daughters must know that you love them unconditionally and that everything you require is for their own good. It is also helpful to explain why you want them to behave in certain ways. "Laying down the law" without this emotional linkage is likely to fail.

Author and speaker Josh McDowell expressed this principle in a single sentence. He said, "Rules without relationship lead to rebellion." He is absolutely right. With all the temptations buzzing around our kids, simply saying "no" a thousand times creates a spirit of defiance. We have to build bridges to them from the ground up.

The construction should begin early and include having fun as a family, laughing and joking, playing board games, throwing or kicking a ball, shooting baskets, playing Ping-Pong, running with the dog, talking at bedtime, swimming together, participating in sports, getting kids in great churches with good youth programs, being a sponsor of the school band, and doing a thousand other things that tend to cement the generations together.

The tricky part is to establish friendships while maintaining parental authority and respect. It can be done. It must be done. It is the only formula I know to combat the dangers that stalk the land. But it takes time—about which my dad said, "cannot be given if it is all signed and conscripted and laid on the altar of career ambition."

From Dr. Dobson's book Your Legacy: The Greatest Gift.