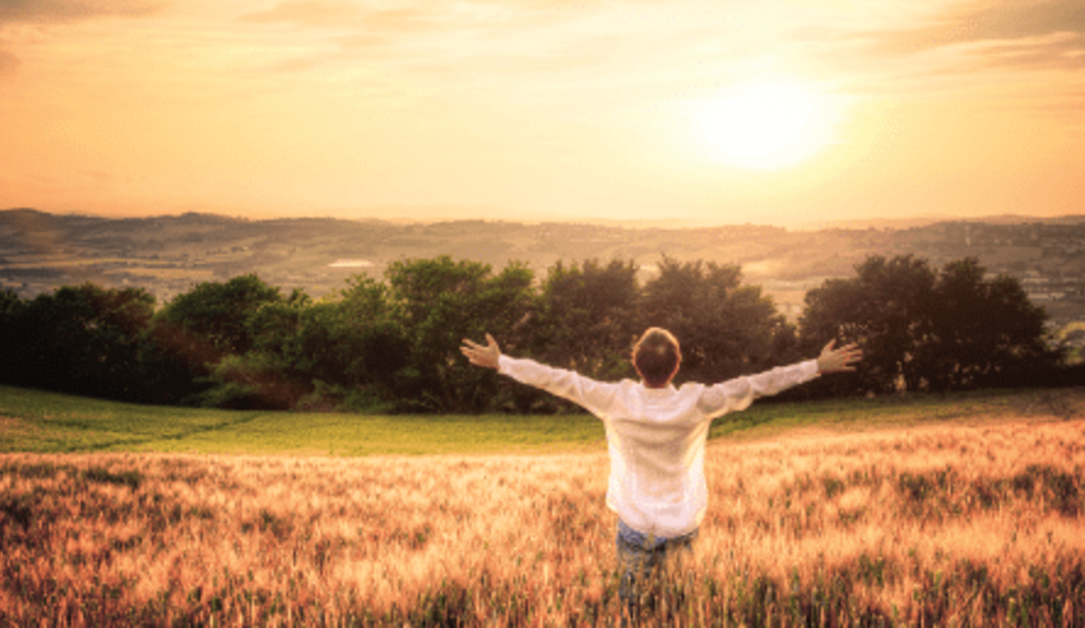 I have no doubt that miracles still occur every day, although, as indicatedearlier, I'm suspicious of people who attempt to market them on demand. Ihave been privileged to witness some incredible evidences of God's power inmy life and in the experience of those with whom I am close. One of themost miraculous events happened to my friend, Jim Davis, when he and hisfamily visited Yellowstone National Park in 1970. Jim was a guest on theFocus on the Family broadcast some time later, and he shared thatexperience with our listeners. These are his approximate words on thatoccasion:

My wife and I were both raised in Christian families, and we were taughtthe power of prayer. But we were not living very godly lives. We did notpray together or have a family altar in our home. About that time, she madea wonderful commitment to the Lord and began praying for me. She bought mea research Bible, and I began to get into the Word. Things started tochange in my heart, but I still wasn't mature spiritually.

That summer, we went on a vacation to Yellowstone Park with four othercouples. Several of these friends went fishing the next day in an aluminumboat, and one of the ladies hooked a trout. She leaned over to net thefish, and her glasses fell off. They immediately sank to the bottom of thelake. She was very disturbed by the loss because it was the beginning oftheir vacation, and she could not drive or read without the glasses. Shealso got severe headaches when she didn't wear them.

That night, everyone was talking about the glasses and how unfortunate itwas that they were lost. Then my wife said, "No sweat. Jim is a great scubadiver. He'll go out and find them for you."

"Hey, thanks a lot," I said. "Do you know that Yellowstone Lake has 172miles of shoreline, and every tree is coniferous and looks exactly thesame? There's no way I can get a fix on where you guys were when theglasses went overboard. Besides, the water is very, very cold--50 degrees.They won't even allow you to water-ski out there. And I don't have a wetsuit--just a pair of fins and a snorkel."

My objections fell on deaf ears. She told me privately that she intended topray that the Lord would help me find those glasses.

Yeah, sure, I thought.

The next morning we got in the boat and headed about a half mile out fromshore.

"Uh, where do you think you dropped them?" I asked.

Well, I got in the water, and it was freezing. I took hold of a rope, andthe boat dragged me along the surface as I looked at the bottom. The waterwas about 10 feet deep and crystal clear. We made a swath about 50 feetlong and then turned and worked our way back. After about 20 minutes ofthis search, I was just chilled to the bone. I prayed a little prayer andsaid, Lord, if You know where those glasses are, I sure wish You'd tell me.I wasn't convinced He knew. It's a very big lake.

But a little voice in my mind said, I know exactly where they are. Get inthe boat, and I'll take you to them. Well, I didn't tell anyone about thismessage because I was too embarrassed to say it. But about 20 minutes laterI was just shivering, and I said, Lord, if You still know where thoseglasses are, I'll get in the boat.

I called out to my friends and said, "We're in the wrong place. They'reover there."

I got in the boat and pointed to a spot that I thought the Lord was tellingme about. The driver said, "No, we weren't out that far." But we keptgoing, and I said, "Stop. Right here. This is the place."

I jumped back in the water and looked down. We were right on top of thoseglasses. I dove to the bottom and came up with the prize. It was one of theclearest answers to prayer I've ever experienced, and it set me on firespiritually. It was also an incredible witness to my wife and all myfriends. And I'll never forget those sparkling glasses at the bottom ofYellowstone Lake.

As dramatic as this story is, I can personally vouch for its authenticityas Jim told it. There are many witnesses who remember that remarkable dayon Yellowstone Lake. What I don't know is why the Lord chose to revealHimself in that way, or why He doesn't do it more often. Clearly, He hasplans and purposes to which we are not privy.

I can't resist sharing another incident that ranks as one of the mostinteresting examples of God's intervention I've ever heard. It occurred in1945, shortly after the end of the Second World War. A young associatepastor named Cliff and his fiancée, Billie, were anxious to getmarried, even though they had very little money. They managed to scrapetogether enough funds for a simple wedding and two train tickets to a citywhere he had been asked to hold a revival with a friend. By combining thisresponsibility with their honeymoon, they thought they could make it. Theyplanned to stay at a nearby resort hotel.

The couple got off the train and took a bus to the hotel, only to learnthat it had been taken over by the military for use as a rehabilitationcenter. It was no longer open for guests. There they were, stranded in anunfamiliar city with only a few dollars between them. There was little todo but attempt to hitch a ride on the nearby highway. Soon a car pulledover, and the driver asked them where they wanted to go.

"We don't know," they said, and explained their predicament. The man wassympathetic and said perhaps he could offer a suggestion. A few miles downthe road was a grocery store that was owned by a woman he knew. She had acouple of empty rooms upstairs and might be willing to let them stay thereinexpensively. They were in no position to be choosy.

The lady rented them a room for five dollars, and they moved in. Duringtheir first day in residence, the new bride spent the afternoon practicingthe piano, and Cliff played the trombone he had brought with him. Theproprietor of the store sat rocking in a chair, listening to the music.When she realized they were Christians, she referred them to a friend, whoinvited them to spend the rest of their honeymoon in his home. Several dayslater, the host mentioned that a young evangelist was speaking at a youthrally at a nearby Christian conference center. They were invited to attend.

That night, it so happened that the regular song leader was sick, and Cliffwas asked to take charge of the music for the service. What a historicoccasion it was! The evangelist turned out to be a very young Rev. BillyGraham. The groom was Cliff Barrows. They met that evening for the firsttime, and a lifetime partnership was formed. As the Christian world knowsso well, Cliff and his wife, Billie, have been members of the Billy GrahamEvangelistic Association ever since that evening and have been used by theLord in thousands of crusades all around the world. I suppose Paul Harveywould say, "And now you know...the rest of the story."

Isn't it amazing the lengths to which the Lord went to bring these nowinseparable team members together? Some would call their meeting acoincidence, but I disagree. I recognize the hand of God when I see it.

Do miracles still occur today as they did in Bible times? Yes, but theyusually take place in such a manner as to preserve the need for faith. Eventhose who witness them must choose whether or not to believe in theirvalidity. I choose to believe!