Getting on the Crossroad

It's time for men to step up to the unique challenges confronting our world today. We are facing profound moral, ethical, domestic and international issues that mark a culture in search of answers and in need of a Savior. What we need are godly men who will shape the future and change the world.

But sadly, not many men are responding to the call. I think men today are stuck at a crossroads as to the future of the family and nation. How we decide and how we respond will determine not only the direction of our families, but the very future of civilization as we know it.

A lot of men don't know which way to go, so they try to go both ways and end up miserable and distracted. But notice what Jesus said in Mark 8:34-35: And calling the crowd to him with his disciples, he said to them, "If anyone would come after me, let him deny himself and take up his cross and follow me. For whoever would save his life will lose it, but whoever loses his life for my sake and the gospel's will save it."

Jesus said there are two roads in life: one is broad and expansive and the other narrow and exclusive—and very few are on that road. Men who are on the broad road have been seduced by the world. They are looking for fulfillment in life, but so often find only futility because they're on the wrong road.

The only way we can truly become men of God is by getting off that crowded road and onto the crossroad. By being a promise keeper and a pacesetter and a prayer warrior and a peacemaker.

Men, you are at the crossroad today, and what you decide to do with Jesus Christ will determine not only your destiny, but the destiny of your kids and your grandkids and their kids, too. I invite you to pick up your cross and follow Jesus today. On the narrow road.


Listen to the message Dr. Jack Graham gave at the Ignite Men's Conference.

Dr. Jack Graham shares how men are called to run the race of life, avoid the traps of sin, and focus solely on Jesus Christ.

Dr. Jack Graham is the Senior Pastor of Prestonwood Baptist Church. Dr. Graham is a noted author of numerous books, including Man of God, Unseen, and Angels. His biblical teaching is seen and heard throughout the world on PowerPoint Ministries. Through broadcasts, online sermons and e-mail messages, Dr. Graham addresses relevant, everyday issues that are prevalent in our culture and that strike a chord with audiences worldwide. He recently served as Honorary Chairman of the 2015 National Day of Prayer and he has served as President of the Southern Baptist Convention, the largest Protestant denomination in the country with 16 million members. He and his wife, Deb, have three married children and eight grandchildren. 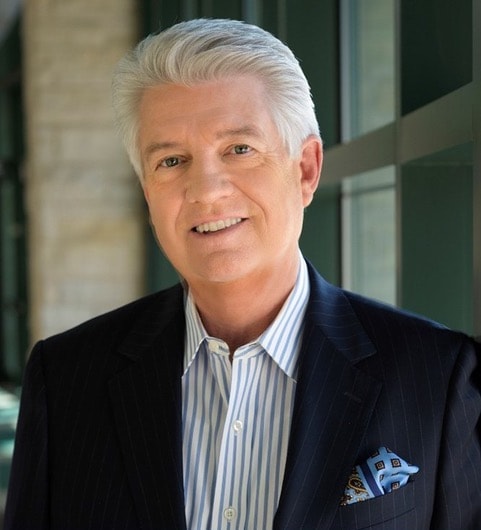