Honoring our Veterans with a Vision America Needs 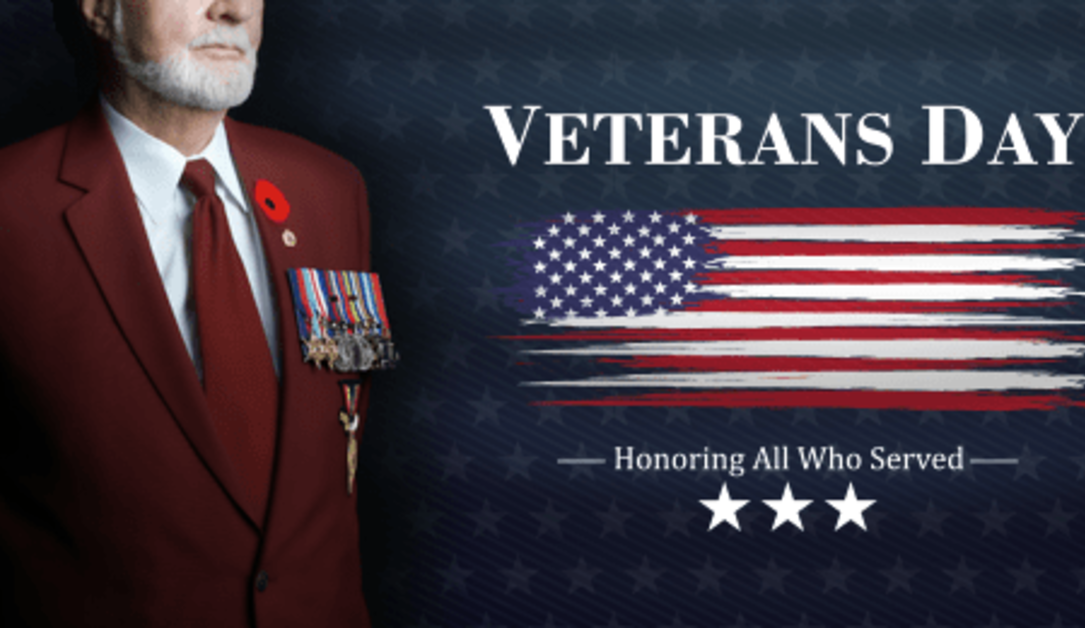 "Selfies." You've probably heard of them. They are the photos that teens (and, too often, young adults) take of themselves and post far and wide for the admiration or amusement of friends. Snapchat, Facebook, and Twitter are full of selfies. Although great fun when used in moderation, they've also become a classic example of teen-age narcissism, self-absorption, and lack of vision—and the icon of a nation struggling to remember its greatness.

Our children live in a culture that celebrates self-gratification and scorns sacrifice. It's a culture that has gradually lost the vision of greatness that drove our country forward, brought freedom to captive peoples, and inspired our veterans to give their lives. Even our schools, which spend hours on trendy thinking and political fads, often seem to have forgotten the mission of cultivating greatness in our children.

It's up to us to give our children something more. One of the enduring tasks of parenthood—in every time and culture—is to raise children who see beyond their immediate self-interest to the transcendent realities that call them to live for something beyond themselves.

This week we celebrated Veteran's Day, a time when we honor the men and women of our military for their vision of something greater than themselves: freedom. We salute them for their service to others—not self—in the day-to-day work of keeping our country safe. Every veteran—whether he or she served in peacetime, faced Communist guerrillas in Viet Nam, or fought the Taliban and Al Queda in Iraq and Afghanistan—knows the reality of things worth fighting for. Because the truth is that it is impossible to serve in America's military without a commitment to something bigger than oneself. Soldiers fight for the buddies at their sides and to protect our country and the liberty enshrined in our Constitution. Not so they can live another day to post another selfie.

That vision of something larger than self is sadly missing among many of our young folks today. But we can change that.

How to Save Your Family: Rebound! Let's Get America Back to Great!

A new book, Rebound: Getting America Back to Great, written by Heritage Foundation scholar Kim Holmes, goes a long way toward helping Americans recover our sense of greatness. I highly encourage your purchasing a copy for that young person in your life that may need to shift his or her focus from cell phone selfies to a vision of helping to preserve and promote something far more important than themselves—something like the enduring promise of freedom. Rebound helps readers see, with fresh eyes, what has made America great and what we must do to keep it that way.

Holmes brilliantly explains the history of American greatness, and how we as a culture lost our way. In his chapter, "A Great Deal of Ruin", for instance, he astutely illustrates how Steve Jobs' wonderful technological inventions were birthed in a worldview that rejected sacrifice, duty, and personal responsibility. While these amazing tools can be used to accomplish amazing things, it's ironic how much of the younger generation uses them with the same attitude in which they were created: a celebration of "self" over all else. Holmes notes: "Job's 'all about me' mentality was broadcasting a key value of the counter-culture. A decade long known for narcissism, the 1960's was also a time of rebellion against the idea that freedom requires self-restraint. In fact, it espoused the opposite—that the individual must be rid of traditional moral constraints to be truly free. One must be dedicated to oneself first and foremost. What had been deemed boorish behavior before was now supposedly a sign of a deeper 'authentic' kind of freedom."

Our children must learn the difference between the value of the individual and the promotion of "self"; the cost of freedom and the trashing of virtue; the dangers of self-indulgence and the beauty of sacrifice.

The veterans we honor this week understood these truths to the point of fighting and even dying for them. They exemplify the greatness of the American vision as established by our nation's Founding Fathers.

"Rebound!" helps us to remember "when our nation was at the top of its game culturally, economically and socially, and globally," to discover what's gone wrong, and to “see what Americans must do to help America 'rebound' for future generations." Ordering a copy today would be a lasting tribute to the many veterans whose military service has protected that vision for all of us.