How Money Can Teach Family Values 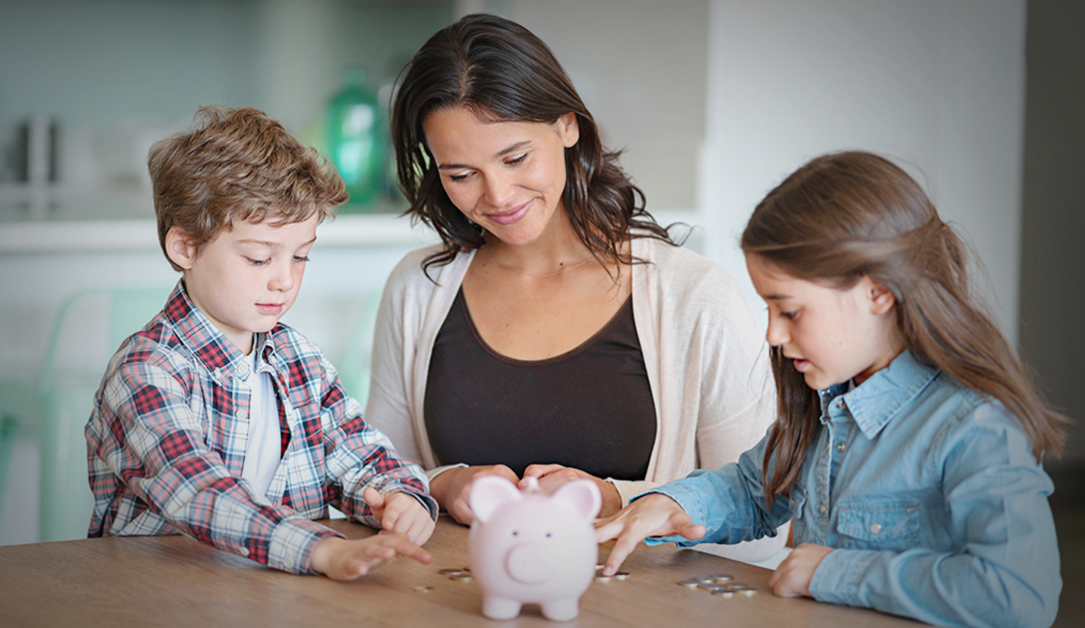 I'm concerned about the impact of materialism on families today. During the Great Depression, it was easy enough for parents to tell their kids that they couldn't afford to buy everything they wanted. But in these times, children see that you can purchase their hearts' desires—if not with cash, then with your magic credit card. Advertisers spend millions of dollars to stimulate your kids' lust for their products—toy monsters; dolls that eat, walk, and talk; designer shoes and clothes; and more. Your children begin to develop an "I need more" mentality. It's why so many people are hopelessly in debt today. It's what spawned a popular bumper sticker a few years ago: "He who dies with the most toys wins."

Jesus delivered a very different message when a rich man questioned Him about the path to eternal life. Jesus said to "sell your possessions and give to the poor, and you will have treasure in heaven" (Matthew 19:21). The man walked away because he was unwilling to part with his wealth.

It simply isn't possible to seek, worship, and serve both God and money (Matthew 6:24). Now is the time to choose for your family. What can you do to reduce the influence of materialism? How much of your time is invested in that which is of no long-term significance?

In today's "instant gratification" society, impulse shopping has become a way of life. We see a new set of golf clubs, a dress, even a minivan, and without thinking we're suddenly pulling out a credit card. But what kind of message does this behavior send to our children?

You can find the answer by watching a child open a stack of presents during a birthday party. One after another, expensive gifts are tossed aside with little more than a glance and no thought to a "thank you." We shouldn't be surprised. Prizes that are won cheaply are of little value, regardless of the cost to the original purchaser.

On the other hand, the child who spends weeks doing extra chores in order to earn money for a highly sought reward learns several important lessons. He sees how honest work over a lengthy period of time causes his nest egg to grow (Proverbs 13:11). He begins to understand how goals can be accomplished through patience and persistence (Hebrews 12:1). And when the reward is in hand, he takes better care of it and appreciates it far more than if it had simply been handed to him (Psalm 128:2).

I suggest that you and your family adopt a policy of "temporary deprivation" when it comes to spending. It's ultimately more satisfying…and much less expensive.

Corrie ten Boom told a story about her watchmaker father, Casper. The ten Boom family once prayed that God would send someone to purchase a watch that would pay all their bills. Later that day, a man did buy an expensive watch. As he paid, he complained about another Christian watchmaker who had sold him a faulty watch.

Casper asked if he could see this watch. It turned out to need only a minor repair, which Casper made, assuring the customer that the other watchmaker had sold him a good product. The amazed gentleman returned Casper's watch and got his money back. As soon as the man left, Corrie demanded an explanation for her father's actions.

"There is blessed and unblessed money," Casper replied. He said that God would not be glorified in the ruined reputation of another Christian. A few days later, another customer bought the most expensive watch in the ten Boom shop, providing funds for not only the bills, but also two years of watchmaking training for Corrie in Switzerland.

No amount of riches is worth the price of bringing dishonor to the name of God. Scripture says, "Better a little with the fear of the Lord than great wealth with turmoil" (Proverbs 15:16). Let's be sure that our financial gains can be counted as "blessed."

How can you teach the "blessed money" concept to your children? Is any unblessed money coming into your family right now? What would you have done in Casper ten Boom's place? Honor fellow believers not only with your money, but also in the way you earn it.