Reflecting on How Jesus Suffered and Sacrificed for Us 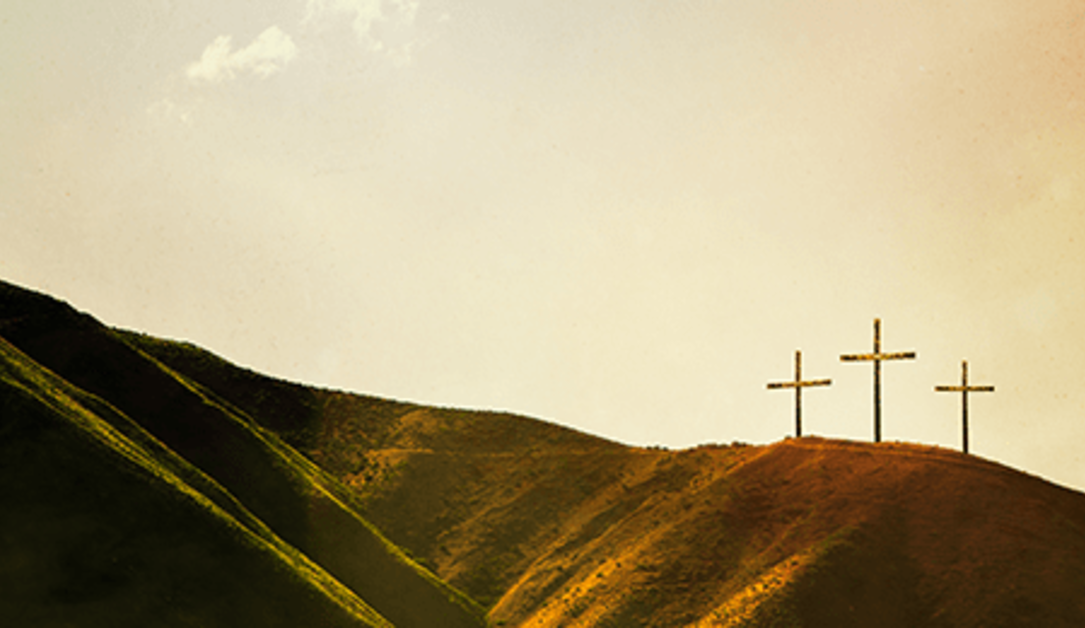 The challenge: Meditating on the Crucifixion


The crowds that normally pressed in tight around him made way, decorating the dusty ground with the shirts off their backs and branches freshly cut from palm trees.

He came riding in on a borrowed donkey, humbling himself even as the people praised him. They honored him as the king who would conquer and rejoiced at the entrance of the man they hoped was their awaited Messiah. They shouted, "Blessed is he who comes in the name of the Lord!"

Days later, they crucified him.

Palm Sunday this weekend commemorates Jesus' ride into Jerusalem and marks the beginning of Holy Week. This last week of Lent leads us into the celebration of Easter—the most important celebration of the Christian faith.

During Holy Week, many in the church meditate upon the suffering Jesus endured on our behalf, knowing that this meditation will make the joy of Easter so much sweeter. Some churches set up "stations of the cross," which are artistic representations of Jesus' path to his death. Visitors slowly make their way through, reflect on and pray over this path.

The point, like all of Lent, is to help us remember, to help us dig into and dwell upon the richness of this faith. The point is to marinate in it—in the story, in its meaning, in the person of Jesus Christ.

Jesus suffered in every form imaginable, even more than we could imagine. The bodily torture he endured was only the surface of his sacrifice, and the pain worsened as the wounds deepened.

Crowds beat him. Guards, drunk so they could carry out his gruesome punishment, flogged him within an inch of his life using a whip of many tails, laden with bits of metal and bone that sank into his skin as it wrapped around his body, ripping away chunks of flesh as it pulled back for another lashing.

A crown of thorns dug into the skin that stretched over his throbbing head. He carried a rugged, splintering bed of torture on his raw back, collapsing under its weight, staggering and straining forward again, his vision blurred by the blood and sweat that poured into his eyes.

Finally, the nails were driven through his feet and hands. His whole body weight dragged against those small points of pressure as the guards lifted him up and dropped the base of the cross into a hole in the hill.

He hung there, using what strength he had left to strain against his nails so he could lift his chest to breathe, the wood of the cross scraping up and down his body like sandpaper, up and down with every breath until his last.

But no physical pain could match the excruciating betrayal and abandonment.

One of his disciples handed him over to his death for a bribe of silver. All of his friends fled in fear as he was arrested and left him utterly alone. Then came the accusations. Though Jesus was innocent, he was accused of horrible crimes.

As the hatred poured over him and the physical abuse began, his best friend denied knowing him three times in front of the crowds. Jesus was covered in spit and drenched in mockery. "Prophesy to us, you Messiah! Who hit you that time?"

Then the crowd was given a choice: Release Jesus or release a notorious murderer. They chose to let the murderer go free. Jesus heard the crowds shouting for his death, demanding and chanting, "Crucify him!"

The mockery became more brutal. The guards stripped him naked and then dressed him like a "king" with a scarlet robe, a stick scepter and a crown of thorns. They knelt before him and jeered, "Hail King of the Jews," beating and spitting and laughing until they were bored with it all and led him away.

The hope: The passion of Christ

Even as he hung on the cross, the mockery continued. "Look at you now if you are the Son of God, save yourself!" They didn't know he could have saved himself but chose not to—for their sakes, and for ours.

Jesus' blood began to pour before his physical torture began. Knowing what was to come, he prayed in such anguish that his sweat was bloody. It wasn't just the impending physical pain and heartbreak that caused him such anguish. It was a pain much more severe, one that only God was capable of feeling and enduring.

Jesus was the only man to have ever enjoyed complete unity with God the Father—the only man who always received what he asked for when he prayed because his will was entirely in line with heaven's. He knew the wholeness that each of us craves because he knew God the Father intimately. His relationship with the Father was so complete that it alone sustained him throughout his 40-day temptation and trial in the desert wilderness. But the night of his arrest, that relationship began to tear.

"Father, everything is possible for you. Please take this cup of suffering from me." For the first time, Jesus cried out to God and heard only silence. Yet willingly, he offered, "Let your will be done."

Theologian Jurgen Moltmann wrote, "Christ's true passion begins with the prayer in Gethsemane which was not heard, which was rejected through the divine silence; for his true passion was his suffering from God."

The Father turned his face away from his precious son and began to lay the sins and shame of the world upon him. That was when Jesus' condemnation began. He went to the cross sinless but carried all of our guilt. His last words were a shout, "My God, my God, why have you forsaken me?"

Many men have suffered abuse and many have died on crosses. Perhaps many were even innocent of the crimes for which they were crucified. But no man can fathom the injustice and suffering Jesus endured—the only sinless man who stood condemned; God in the flesh abandoned by God the Father, crumbling under the weight of the sin of all humanity. G.K. Chesterton wrote about this profound moment, "God seemed for an instant to be an atheist."

Mr. Moltmann continued, "At the center of the Christian faith is the history of Christ's passion. At the center of this passion is the experience of God endured by the godforsaken, God-cursed Christ. Is this the end of all human and religious hope? Or is it the beginning of the true hope, which has been born again and can no longer be shaken?"

It looked as if hell had won. The perfect Trinity of God was destroyed and Jesus' followers were left with a lifeless savior. But it wasn't the end of all hope. It was the precursor for Easter morning—when the son of heaven would conquer the powers of hell from the inside.

As we enter Palm Sunday and Holy Week, remember Christ riding into Jerusalem, praised before he was crucified. Remember that you are the reason for his passion—that you might be one with him. Make it a point to meditate upon his sacrifice by reading the accounts of Jesus' death in the Gospels, walking through the stations of the cross at your church or watching the film The Passion of the Christ.

This is the time to consider what his suffering means for you.