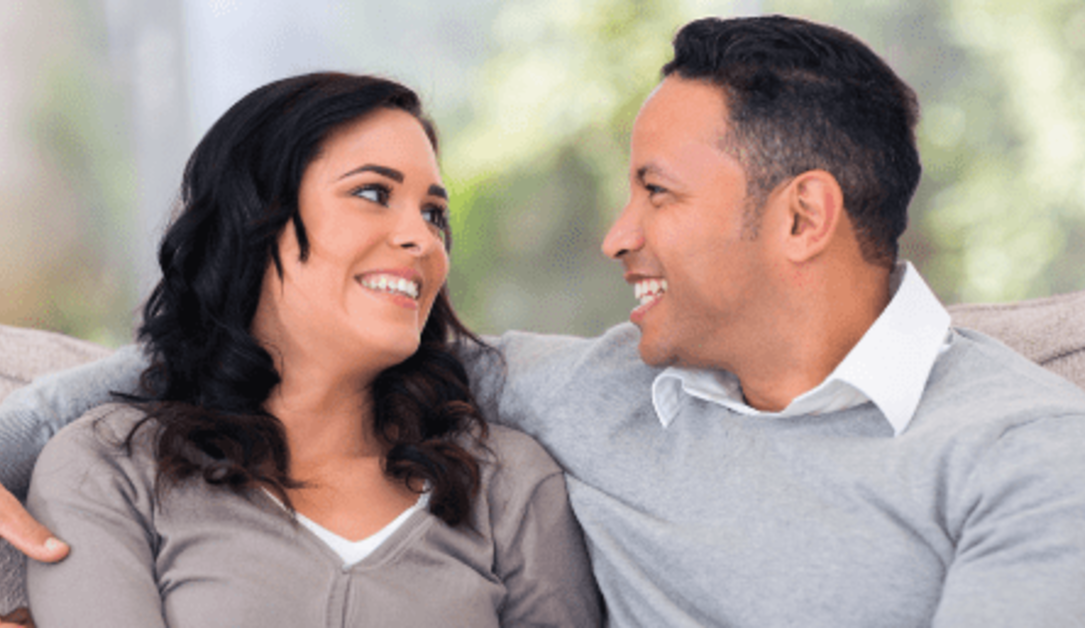 Nevertheless, each individual among you also is to love his own wife even as himself, and the wife must see to it that she respects her husband.
– Ephesians 5:33

In Men are Like Waffles—Women are Like Spaghetti, Bill and Pam Farrell describe the mind of men and women.

We do not mean that men "waffle" on all decisions and are generally unstable. What we mean is that men process life in boxes. If you look down at a waffle, you see a collection of boxes separated by walls. The boxes are all separate from each other and make convenient holding places. That is typically how a man processes life. [Men's] thinking is divided up into boxes that have room for one issue and one issue only. The first issue of life goes in the first box, the second goes in the second box, and so on. The typical man lives in one box at a time and one box only. When a man is at work, he is at work. When he is in the garage tinkering around, he is in the garage tinkering. When he is watching TV, he is simply watching TV. That is why he looks as though he is in a trance and can ignore everything else going on around him. Social scientists call this "compartmentalizing"–that is, putting life and responsibilities into different compartments…

In contrast to men's waffle-like approach, women process life more like a plate of pasta. If you look at a plate of spaghetti, you notice that there are lots of individual noodles that all touch one another. If you attempted to follow one noodle around the plate, you would intersect a lot of other noodles, and you might even switch to another noodle seamlessly. That is how women face life. Every thought and issue is connected to every other thought and issue in some way. Life is much more of a process for women than it is for men.1

This is why women are typically better at multitasking than men. She can talk on the phone, prepare a meal, make a shopping list, work on the agenda for tomorrow's business meeting, give instructions to her children as they are going out to play, and close the door with her foot without skipping a beat. Because all her thoughts, emotions, and convictions are connected, she is able to process more information and keep track of more activities.

Spaghetti and waffles. It's a wild example of describing a very important truth—men and women are just plain different. It's like the old "Me Tarzan, You Jane" thing we learned as kids. Despite their differences, Tarzan and Jane found a way to swing gracefully through the trees together. The sooner we can learn how to make this magic happen for us, the more peaceful things will be around our homes.

For Chase and Callie, the first six months of their marriage went unusually smooth and problem free. Then, demands from his boss to meet an important fiscal deadline had Chase working late into the evenings, leaving Callie home alone. She began feeling less and less important as Chase's job began consuming him. But Chase knew the deadline would soon pass and things would be back to normal. When he was at home, he tried hard to connect with Callie. But she had already grown frustrated and felt as though he wasn't trying hard enough to meet her needs. They would often fall asleep nitpicking or in a deadening silence.

On the day of the deadline, he got off work early and brought home a box of chocolates, new lingerie, and a bouquet of flowers. For him, this would be the end of the fighting. As he walked through the door with gifts in hand, she met him with a nasty glare. The message she received was that all he wanted was sex. She, on the other hand, felt alone. Feeling rejected and as if there was nothing he could do to please her, he retreated to the garage to work on his car.

Most of us can relate to this story. Two people who genuinely love one another and want to connect but can't. Callie wanted more time together with her husband and felt misunderstood by the gifts. He felt rejected.

Why can't we seem to get it right with the men we love?

Dr. Willard F. Harley, Jr. in his book, His Needs, Her Needs, outlines some of these most important differences:

• She can't do without affection.

• He can't do without sexual fulfillment.

• She needs him to talk to her and hold conversation.

• He needs her to be his playmate and do things with him. (Harley refers to this as recreational companionship.)

• She needs to trust him totally. Honesty and openness are critical to the relationship.

• He needs an attractive wife. (That means you should take pride in your appearance and look good for him.)

• She needs financial stability and support.

• He needs peace and quiet at home.

• She needs him to be a good father and remain committed to the family.

Think about this list for a moment. Look at the number of diametrically opposed needs between men and women. He needs peace and quiet at home; she needs conversation. No wonder you get ticked off at your husband when he doesn't want to talk. He's not giving you what you need. And he in turn gets aggravated that you won't leave him alone.

He needs sexual fulfillment to connect emotionally. You need affection in order to desire sex. But if you don't feel close to him to begin with, he ain't gettin' any.

But look at the list again. His way of building intimacy and feeling close is to play with you. To take you fishing, hiking, or to a sporting event. When you decline his invitation to play, the feeling he has is similar to yours when he refuses your invitation to a romantic dinner and sappy love movie.

He needs you to respect him. Paul told the Church at Ephesus, "Husbands love your wives…wives respect your husbands" (Ephesians 5:25,33). According to Emerson Eggerich in his book Love and Respect, nowhere in the Bible does it tell wives to love their husbands, instead it says to respect them. He needs to know you are proud of him. The degree to which you feel loved is the degree to which he feels respected. Respect your man, and he is sure to give you the love you need.

Shaunti Feldhahn, author of For Women Only, shared with me that "We women usually do respect the man in our lives, and have no idea that all day long we are doing things that send him the opposite message. We don't realize that when we do something as simple as saying, 'Honey, please stop and ask for directions,' or 'Don't try to fix that. Let's just call a plumber,' that what he hears is 'I don't trust you' or 'I don't believe in you.'" 3 In other words, we don't always realize that our words and actions are making our man feel unloved because they make him feel disrespected.

In your attempts to love and respect him, keep in mind that he is different from you. "Accept one another, then, just as Christ accepted you, in order to bring praise to God" (Romans 15:7). It isn't always easy, but ultimately, it's the key to being successful—in marriage and in life.

You can't fix a problem you don't see. Sharing your needs openly and honestly with each other will open your eyes to the differences between the two of you. When you understand those differences, you are able to experience and appreciate that other person at a whole new level. As women, when we do this, our attempts to love our men are no longer aimless. And as they understand us better, their pursuits will make us feel loved.