7 Threats in Our Times, #1: The Rise of the Scoffer and the Depraved Mind 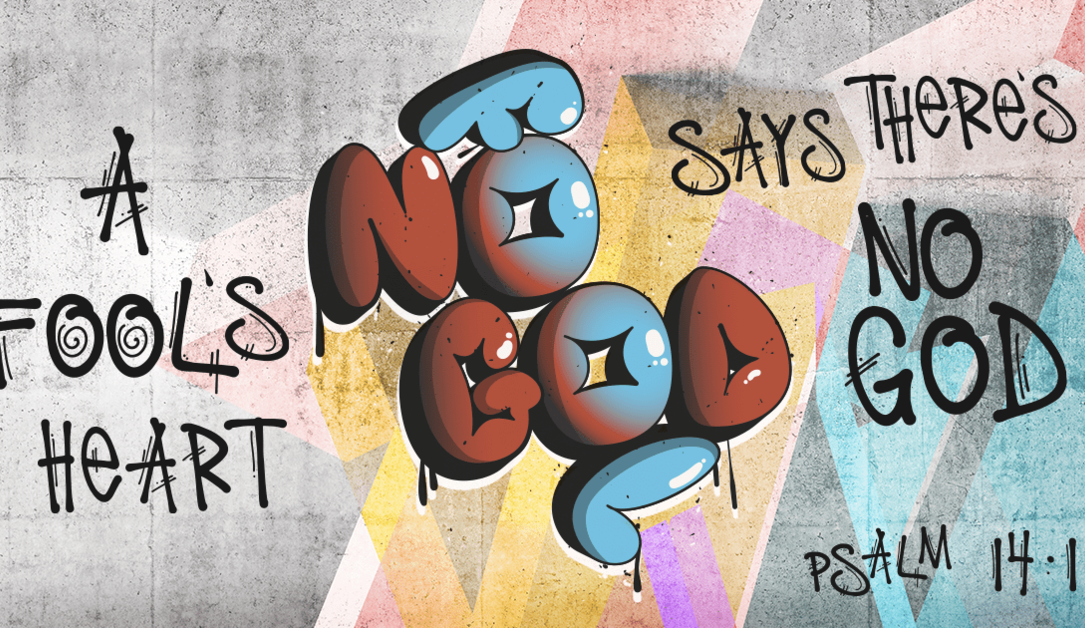 There are two progressions in Scripture that appear to be manifested in our culture and in our times. These are not onward and upward progressions, but more of a downward spiral.

One of those progressions comes primarily from Proverbs where we are introduced to three kinds of people: the simple, the fool, and the scoffer. They are continually contrasted with the wise. We meet all three together in Proverbs 1:22,

How long, O simple ones, will you love being simple? How long will scoffers delight in their scoffing and fools hate knowledge?

The simple reminds me of the '60s when the mantra was "I'm ok; you're ok." This was the throwing off of moral values, doing what felt good and the live-and-let-live, carefree days of "Hey, man, cool!"

The simple, however, sometimes continues on to become the fool. It is here we see an open rejection of God; where evil is good and good is evil:

The fool says in his heart, "There is no God." They are corrupt, their deeds are vile… Psalm 14:1

The fool hates truth and the knowledge of God, rejecting it in favor of whatever he gathers from the world and the pleasure he can derive from it. He is a fool, but he keeps it relatively to himself.

But, in a fallen world, the fool can descend into final stage: the scoffer. This is the militant fool. He is arrogant and haughty:

Scoffer is the name of the arrogant, haughty man who acts with arrogant pride. Proverbs 21:24

… he brings division, quarreling and abuse:

Drive out a scoffer, and strife will go out, and quarreling and abuse will cease. Proverbs 22:10

… and he is a horror to the culture and mankind:

… the scoffer is an abomination to mankind. Proverbs 24:9

Note this next verse carefully for we have seen the consequences in our day:

When a culture progresses to the scoffer, it finds itself up against a militancy that does not sleep in its incessant drive to bring the culture down:

…they cannot rest until they do evil; they are robbed of sleep till they make someone stumble. Proverbs 4:16

The second progression is found in Paul's letter to the Romans. It, too, is not upward, but downward. Here we are told that God's wrath is being revealed to those who reject the truth and do not glorify God. There are then three stages, each beginning with "Therefore God gave them over…" as God gives people over to a succeeding, and descending pathology: first to sexual impurity, then shameful lusts, and finally to a depraved mind.

The first is that God gives people over to "sexual impurity."

This is a sexual immorality that is within the normal male/female relationship. It isn't hard to think about what happened in America toward the end of the 1800s and the beginning of the 1900s. With Darwin on the rise of acceptance, Dewey stripping God and ethics from schools and Freud focusing everyone on sex, our culture took a major turn. World War I could have been a warning to us, but we ignored it and ran right into the Roaring '20s. The great depression and World War II might have also been warnings, but we ignored them as well. Sexual impurity was on the loose in America and in her arts and media all the way through the '60s.

Then it seems we moved from the simple-minded to the fool and God gave us over to "shameful lusts." No longer was sexual impurity confined to the natural male/female sexuality. We moved rapidly into unnatural sexual impurity and the culture embraced it all the way to the Supreme Court.

And now, it appears that God has given us over to a "depraved mind."

What does this mean?

The Greek word for "depraved" is adokimon (a-dok'-ee-mon). It means "unqualified." But what is an "unqualified" mind? What does it look like? If you sat next to someone with a depraved mind, how would you recognize it? Would they be frothing at the mouth? Throwing things? Twitching?

I flew to California to be with my good friend and great Greek scholar, Dr. Paul Fowler, to discuss and wrestle with this. The key may be in first understanding what a "qualified" mind would be. God created us with a mind that was rational. It could recognize reality, comprehend logic and reason with the Lord when He said "come let us reason together." It was a mind that had what we call "common sense."

An "unqualified" mind, then, would be a mind that was no longer rational or entertained logical arguments or reason. It would appear to think and say things that were irrational or lacking common sense. When Jesus encountered the Gerasene man who was possessed, naked and acting crazy, Jesus healed him and he was found clothed and "in his right mind." We see the same with Nebuchadnezzar, out in a pasture eating grass like a cow after God had judged him, until "he came to his senses."

We now find ourselves in a culture where it is increasingly difficult to have rational discussions with people unless it is over benign things like the weather, sports, or your flower beds.

Not long ago, I was trying to have a rational discussion regarding voter ID. We were on a plane and the lady next to me mentioned that she had forgotten her ID and missed her flight because she had to go home and get it. I casually mentioned that it was strange that someone is required to show an ID to fly from Houston to Colorado Springs, but there is a battle over whether or not someone should have to show an ID to vote. That started an irrational discussion that ended with her giving me a dirty look.

Have you tried to have a rational discussion regarding abortion? Or math being viewed as racist? Or allowing young children to select their own gender? What about training our military to despise the country they are supposed to fight for? What about forcing government contractors into re-education programs and forcing them to sign letters of "guilt" and "confessions" because their skin was light?

Many people that I know shake their heads at such things and breathe something like "the world has gone crazy!" We become frustrated because of the lack of "common sense" and "no one seems to listen."

Maybe we have been given over to a depraved mind.

What is the response to these things? How do we live as wise in the times in which we live?

Well, first we need to recognize that the way we evangelicals have interfaced with the world must change. All of our apologetics are based upon logic. And, they are based upon the assumption that we are dealing with a logical and rational mind.

That assumption may no longer be valid.

We are trying to fit rational arguments into irrational minds and we get frustrated when it bounces off without even a glimmer of recognition—or we get a scoffer's rebuke.

Because, if we add to this the rise of the arrogant and haughty scoffer, who stirs up strife and division and sets the city aflame, we find ourselves in difficult times. All the core social powers are increasingly setting themselves up against a biblical worldview, canceling those who disagree.

What do we do?

I know of no other approach than the one that I believe Jesus gave to us to do. It is the focus of the Engagement Project and it calls us to engage with wisdom, grace, and truth, and to do so in the context of building significant relationships with a few people and bathing those relationships in diligent and fervent prayer.

Only God can change the scoffer's heart.

Only God can heal the depraved mind.

Only then will the rational truth have fertile soil in which to flourish.