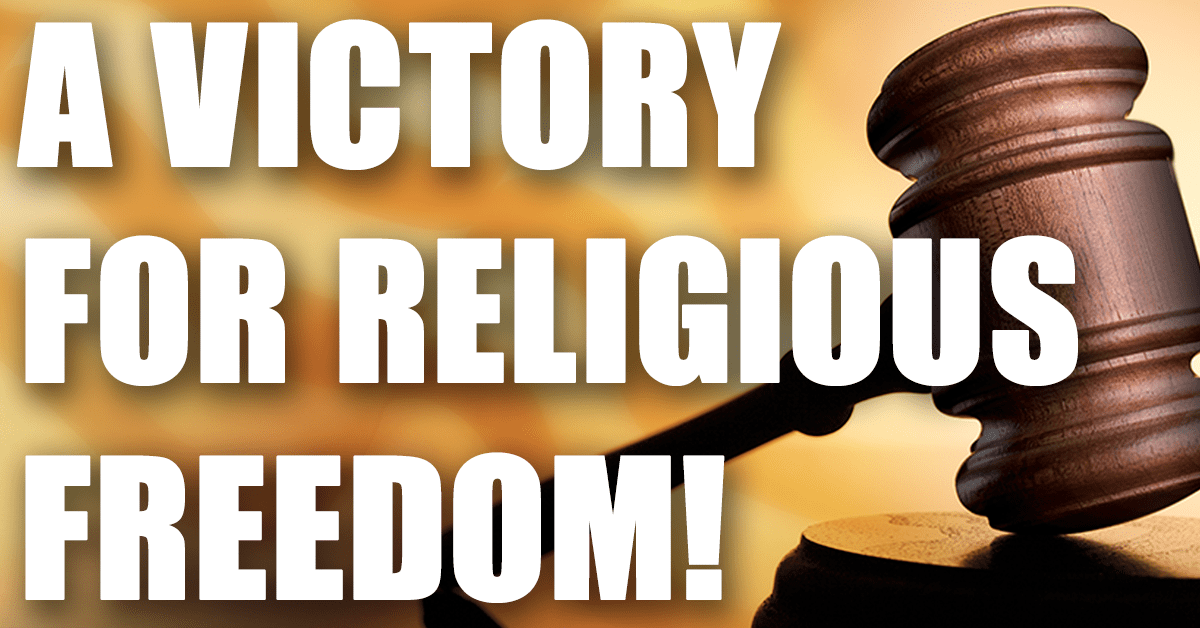 You might be aware that our organization, the James Dobson Family Institute (JDFI), has been embroiled in a life-or-death legal battle with the federal government since the heyday of the Obama administration. Here's the background:

During a speech given to a joint session of Congress on September 9, 2009, President Obama assured the legislators that no federal dollars would be spent to fund abortion within the Affordable Health Care Act. Many members of Congress and millions of viewers watching on television knew that Mr. Obama had been on record for months assuring his pro-choice constituency that coverage for abortion would be job-one within his health care plan. I was one of the skeptics. I knew deep in my soul that the President was not being truthful about his support for abortion. He told us so in plain language.

One of the legislators who was in the chamber that night was Rep. Joe Wilson (R-SC), who also recognized Obama's deception. He became so outraged that he blurted out, "You lie!"

Rep. Wilson paid a dear price for his shout-out. He was vilified and ridiculed by the media in the days that followed. Democrats were outraged, and Wilson became the butt of jokes by late night comedians on television. Bill Maher made this crack:

What's so ironic is that the health care plan that Joe Wilson so angrily opposes would get him the Prozac he so desperately needs.

Even the leaders of Wilson's own Republican Party were embarrassed and forced him to issue a humiliating apology to the President and his congressional colleagues, which he promptly did.

I'll leave it to you to decide whether or not Wilson's challenge to the President was appropriate. However, it became evident in the following months that the Congressman was dead right. Obama was playing fast and loose with the truth. That was the beginning of a desperate struggle to protect preborn babies from the enormous power and resources of the federal government. That soon came to our door.

Further evidence that Mr. Obama never intended to keep his word became apparent when HHS Secretary, Kathleen Sebelius, announced that Americans would soon be required to pay a surcharge for abortion procedures, whether or not they received or wanted them. The initial amount was designated to have been $12 per year, but that was only the beginning. You can be sure the surcharge would have escalated once it was in place. The President had parsed his words very carefully in 2009 when he told Congress that funding for abortion would not come from the federal government. The funds would have come from YOU!

The situation worsened. Let me fast-forward to early 2014, when the Obama administration issued a mandate requiring all non-profit organizations such as ours to provide abortifacients to female employees under their health care plans. These substances are erroneously referred to as contraceptives, when in fact they allow human embryos to be conceived but then are prevented from attaching to the uterine wall. When that occurs, a living baby, a child made in the image of God, quietly dies.

Christian organizations such as ours and Little Sisters of the Poor, a Roman Catholic religious institute for women, had one of two choices—either we violate our consciences, or disobey the law. The penalty for failing to comply with the ACA regulations was horrendous. It was $36,500 per year for every covered employee and family member—clearly unsustainable for any non-profit ministry. By the time our case was settled, we would have accumulated $22 million in penalties and interest over five years of litigation. Faced with this decision, the JDFI board of directors voted unanimously to choose the path of civil disobedience and fight the mandate in court. If we had lost, the ministry would have had to close its doors.

JDFI filed a suit against the federal government in January 2014, which became known as Dobson v. Sebelius. I then sent a letter to many of you stating our intentions. I wrote:

I believe in the rule of law, and it has been my practice since I was in college to respect and honor those in authority over us. It is my desire to do so now. However, this assault on the sanctity of human life takes me where I cannot go. I WILL NOT pay the surcharge for abortion services. The amount of the surcharge is irrelevant. To pay one cent for the killing of babies is egregious to me, and I will do all I can to correct a government that lies to me about its intentions and then tries to coerce my acquiescence with extortion. It would be a violation of my most deeply held convictions to disobey what I consider to be the principles in Scripture. The Creator will not hold us guiltless if we turn a deaf ear to the cries of His innocent babies. So come and get me if you must, Mr. President. I will not bow before your wicked regulation.

Thus, our case began working its way through the courts. Thank God, a dream team of religious freedom lawyers came to our assistance, including my friend, Alan Sears, the founder and past president of Alliance Defending Freedom (ADF) and his colleagues, Greg Baylor and Kevin Theriot. Also leading the charge were two other good friends, L. Martin Nussbaum and Ian Speir of Nussbaum Speir PLLC. Sears described our cause as "one of the most important religious liberty cases in the history of the United States."

It is not overstating the matter to say the full power and might of the U.S. government and its vast bureaucracy were aligned against us. It was truly a "David and Goliath" battle. Early on, a district judge ruled in our favor, but the administration appealed the decision and referred our case to the Tenth Circuit Court of Appeals. If we had lost at that point, the only recourse remaining was the United States Supreme Court.

Then something dramatic occurred. Donald J. Trump won his bid for the presidency over Hillary Clinton, and the driving force behind the mandate, Barrack Obama, finished his term. A new Secretary of Human Services was appointed and the political climate changed. Our long nightmare had come to an end.

I am excited to tell you that JDFI finally prevailed legally, and the suit is over! The assault on religious freedom launched against us and those who share our values is now a thing of the past. We are grateful to God and to our praying friends for standing with us as we fought not only for our ministry, but for all pro-life organizations. Because of this ruling, every religious institution has greater legal standing to combat the threats of extinction for defending their consciences. In addition, precedents have now been set in the law that will make it much harder for governments, whether federal, state, or local, to attempt to disregard constitutional rights in the future. Elections have consequences.

Make no mistake. Those who would kill babies are still arrayed against all people of faith. There will be more battles in the years to come. Now, more than ever, we must stand together with those defending our beliefs in the public square. We cannot afford a moment of apathy. Our board of directors made the right decision to fight for righteousness. Thank God, He gave us victory.

I want to close by also thanking those of you who have supported us through the years. If you are able to make a contribution of any amount, it will keep us on target in the defense of righteousness.

Happy Mother's Day to all the moms out there! We honor you and are grateful to you for bringing us all into the world. My remarkable mother, if she had lived, would have turned 110 this year on April 4th. Because of her unusual bone structure, a young Myrtle Dobson was given a stern warning from her physician, Dr. Rigby, who told her not to conceive a baby. He said she could die in delivery. After my father's season of prayer, he told his wife that the Lord had promised him that she would bear a child and it would be a boy. I was that 8 pound, 6 ounce healthy baby. Oh, and by the way, I was born by caesarian section, a risky procedure in that day. Mom went on to live to be 78 years old, and I cherish her memory today.

Blessings to you all,

P.S. During the heat of our long battle, this Scripture guided us:

Rescue those being led away to death; hold back those staggering toward slaughter. If you say, "But we knew nothing about this," does not He who weighs the heart perceive it? Does not He who guards your life know it? Will He not repay everyone according to what they have done? (Proverbs 24:10-12)

This letter may be reproduced without change and in its entirety for non-commercial and non-political purposes without prior permission from Family Talk. Copyright, 2019 Family Talk. All Rights Reserved. International Copyright Secured. Printed in the U.S. Dr. James Dobson’s Family Talk is not affiliated with Focus on the Family.