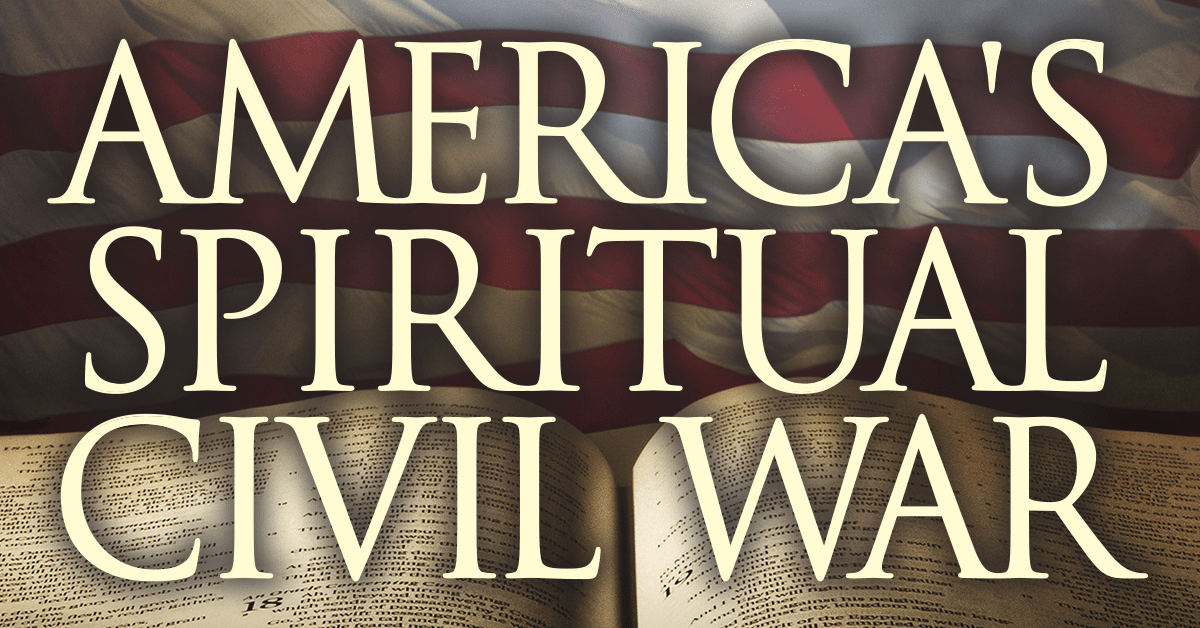 During a recent interview on Family Talk radio, my guest asked me a provocative question. He wanted to know why people on the Far Left seem to hate God. I gave him a preliminary reply and later wrote a more thoughtful answer, which appears below.

This may surprise you, but the hatred of left-wing activists isn't primarily aimed at God. In the first place, most of them don't believe He exists, and even if He does, they wish He would just go away. Others are angry at God because of some earlier resentment, such as a death in the family or a physical disability that was blamed on Him.

Left-wing activists typically hate committed Christians and the Christian faith for a different set of reasons. It begins with resentment for everything we stand for, especially our belief in immutable standards of right and wrong that are based on biblical truth. They despise this belief system because it threatens their godless worldview. For example, they are universally committed to abortion through nine months of pregnancy. A growing number even want to kill babies born alive after surviving botched abortions. They hate conservative Christians who oppose the LGBTQ agenda, and they will fight for it to their last breath. In fact, there is no expression of sexual immorality that they don't protect and support, regardless of how perverse. That includes unisex bathrooms and locker rooms, and the most horrific forms of pornography and prostitution. Some even hope to legalize pedophilia, if given a chance. And you won't hear a peep of protest while the most wicked profiteers are making billions of dollars from sex-trafficking. Above all else, leftists hate Christians who dare to believe marriage is intended exclusively for a man and a woman.

These are some of the reasons activists seethe when we try to defend our beliefs in the public square. Despite our attempts to show love and compassion to those with whom we disagree, they consider us to be their mortal enemies. It is also why they miss no opportunity to marginalize, ridicule, threaten, and silence pesky Christians who take their faith seriously. In this representative form of government, we are all that stand between them and the achievement of their ultimate goal, which is raw political power. It is their greatest passion.

I am sad to say that the mainstream media, the universities, the entertainment industry, gay and lesbian activists, pro-choice zealots, liberal educators, and other leftist constituencies are now just inches away from grasping all they have lusted after. It also accounts for their profound hatred for President Donald Trump. While I don't know the extent of his relationship with Jesus Christ, I do know that President Trump promotes most of the causes that Christians and conservatives would give their lives to defend.

Let me say it in another way. True believers in Jesus Christ are all that prevent the Left from rewriting the Constitution and remaking America from the ground up. The best place to begin this reconstruction is with our children. Revolutionaries know that if they can gain control of the classroom from kindergarten through the college years, they can redesign the culture in one generation. Some say this has now been accomplished. Indeed, five states have already adopted a full LGBTQ ideology in their school curricula, and many others are moving in that direction.

Have you heard about events being held in many public libraries called, "Drag Queen Story Hour for Children," celebrated by LGBTQ groups? Wide-eyed kids sit watching open-mouthed as actors dressed in the most extreme garb warp their little minds. Videos of the performances are sickening. Parents, where are you? Isn't it time to stand up and shout, "Not now! Not ever!"?

Typically, parents with children attending public schools featuring LGBTQ curricula are not permitted to opt-out their kids. Moms and Dads, you have no parental authority whatsoever. In Colorado, transgender instruction begins at nine years of age. Some schools forbid teachers from referring to children as "boys" or "girls." In worst cases, kids are taught how gender can be chosen, and if children want to change their sexual identity, they are told how to do it medically, surgically, or hormonally. I consider this teaching to be tantamount to child abuse, but it is happening as I write. Christians who oppose such outrageous teaching are, yes, hated and vilified.

The battle for righteousness in our culture is not over, but we are definitely losing it.

President Ronald Reagan said Americans are never more than one generation away from the loss of our freedoms. If those who hate Christian values ever gain control of the three branches of government, including the Supreme Court and the federal and district courts, this greatest nation in the history of the world will, as Barack Obama envisioned, be "fundamentally transformed." God help us if his dream becomes a reality.

Well, that is my message. If I have offended some of you, I haven't intended to be rude. But what I have written in this letter is rooted in my understanding of Scripture. Let me quote the words of Jesus written in John 15:18-21:

This is where we are. I see evidence all around us of a spiritual war that appears to be reaching a climax. Either Jesus is coming soon, which we long for, or the entire world may become as we read in Matthew 24:37, "As it was in the days of Noah, so it will be at the coming of the Son of Man." Either way, believers are being called to action.

This is what the Lord seems to be saying to me in the midnight hours. We need to be bolder than ever before in defending what remains of our righteous heritage. We must speak out for the voiceless unborn children who continue to die by the millions. We must protect the institution of the family and what is taught to our children. We must register and vote for those who represent our deeply held convictions. We must not grow weary in well-doing. We must oppose the wickedness that has invaded our great land, and pray that a third Great Awakening will sweep through our culture.

This is the passion that burns within me. It is why I haven't retired, and won't quit as long as I have the strength to continue. I plan to pour myself into this coming year. Now is the time for men and women of courage to stand tall in the face of evil! Once again, God has blessed us to do His work. Through the generosity of several close friends of the ministry, we have $325,000 for November that doubles the impact of any gift while the matching grant lasts. If the Lord has positioned you to give at this time, I assure you that it will be used to fight the good fight that lies ahead of us. Thank you for joining us in the battle.

We know the Lord will not be mocked, and He will go before us.

P.S. Shortly after I finalized this letter, news broke that illustrates the depth of the spiritual battle that is raging in our country. At a CNN sponsored town hall event, presidential hopeful Beto O'Rourke pledged that if elected, he would seek to strip the tax-exempt status from religious colleges, charities, and churches if they do not embrace same-sex marriage. So much for the guarantee of religious liberty within the First Amendment, which protects people of faith. God help us as we stand together for the greater cause of Christ. It forms the bedrock of our freedom.

This letter may be reproduced without change and in its entirety for non-commercial and non-political purposes without prior permission from Family Talk. Copyright, 2019 Family Talk. All Rights Reserved. International Copyright Secured. Printed in the U.S. Dr. James Dobson’s Family Talk is not affiliated with Focus on the Family.