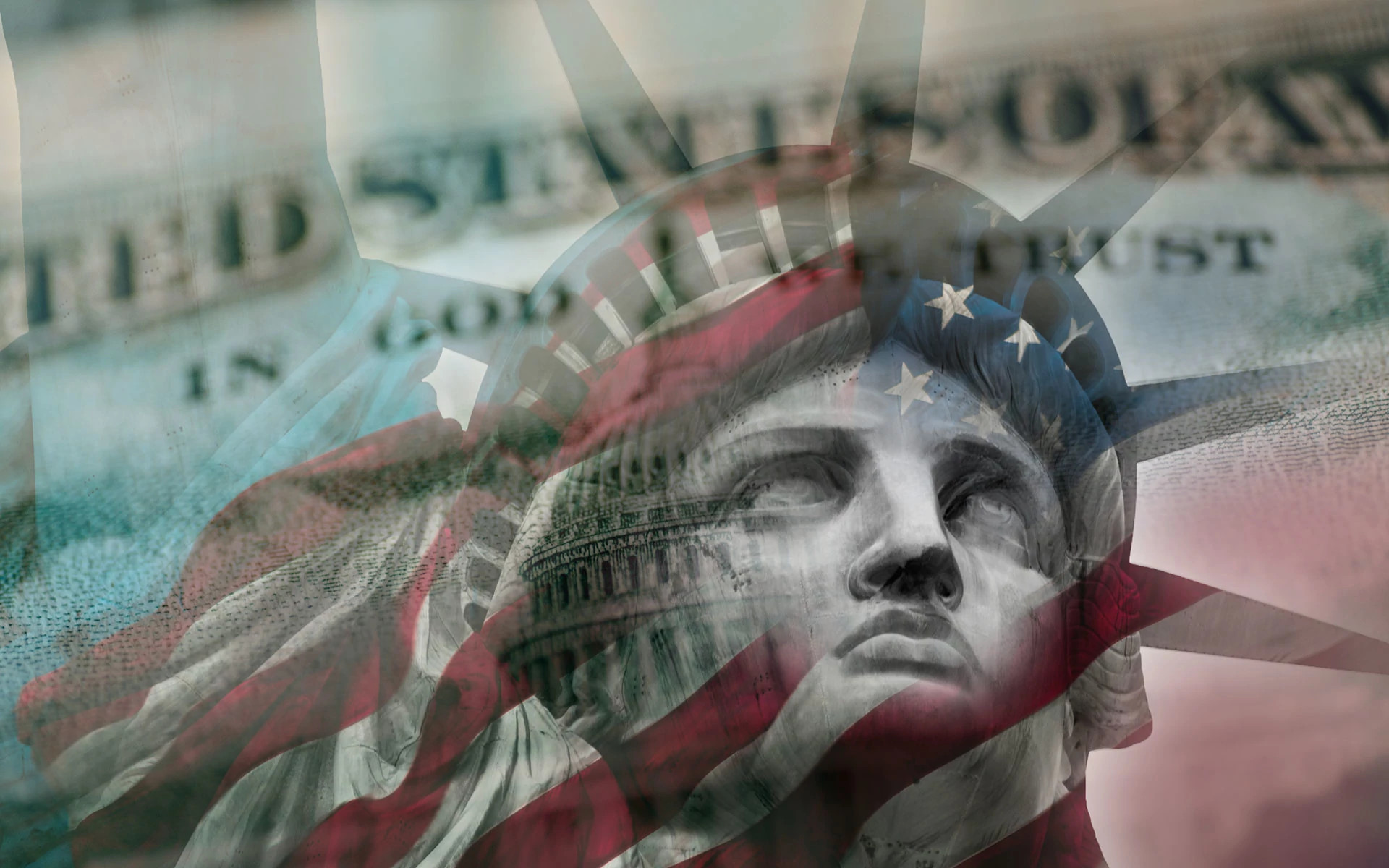 I expressed in a letter to our constituents last month that I continue to grieve over the U.S. Supreme Court decision handed down on June 26, 2015. This ruling, called Obergefell, redefined natural marriage and expanded the legal definition of this 5,000 year-old institution to include same-sex unions. We are convinced that this unconstitutional decision, issued by five unelected, unaccountable and imperious Justices, will ultimately prove to be as catastrophic as Dred Scott v. Sanford in 1857 and Roe v. Wade in 1973. It will touch every dimension of culture. Let me explain.

Several days after the Supreme Court struck this dagger into the heart of the American family, I was lying in bed one night contemplating its meaning. Suddenly, the significance of Obergefell hit me like a clap of thunder. I understood in a new way the black clouds that had hovered over me for weeks. I threw the covers off my side of the bed and hurried to my desk. In the next few minutes, I wrote what I want to convey to you now.

This Court decision is not about same-sex marriage, except only tangentially. Many gay and lesbian groups have admitted that marriage has never been their primary objective. Instead, it is about everything else. What’s at stake is the entire culture war. To begin, it is an expression of hostility toward people who take their Christianity seriously. As you probably know, certain groups and organizations hate us. It is about weakening the Church of Jesus Christ and limiting what pastors and ministers can say and do publically. It is about undermining the religious liberties of Christians that are guaranteed by the Constitution. It is about attacking Christian schools, Christian non-profit organizations such as Family Talk, and Christian businesses, hospitals, charities, and seminaries. It is about Christian colleges and universities, and about whom their leaders choose as professors and what their students will be taught. It’s about government funding and accreditation. It is all at risk. You’ll see.

Obergefell will also result in God-fearing laymen being dragged into court for trumped-up charges, such as those thrown at Aaron and Melissa Klein, who refused to bake a wedding cake for a same-sex ceremony. Melissa has, by the way, not only been fined $135,000 for this “offense,” but has now been slapped with a gag order so she can’t even tell her side of the story. What ever happened to freedom of speech?

To continue, the Human Rights Campaign has recently sponsored HR 3185, which is beyond belief. It would allow gay and lesbian activists to persecute Americans in virtually every area of society, including employment, housing and public accommodations, credit, and dozens of other areas of civil life.[i]

There is almost no limit to what will be imposed on the American public as a result of Obergefell. There is every indication that a barrage of court cases has been pre-planned and will be implemented against those who dare to disagree with the government’s view of marriage. Some will lose their jobs for failing to knuckle under.

Some will lose their professional licenses. Some will be persecuted, ridiculed and fined. Some will go to prison. After all, the Supreme Court has ruled that same-sex marriage is an inviolable Constitutional right that will trump other liberties considered untouchable for more than 200 years.

For example, have you heard of the venerable Catholic organization known as the “Little Sisters of the Poor?” They, like Family Talk, have been involved in a suit with the federal government to avoid providing abortifacients (such as the morning-after pill) to their employees. These contraceptives can cause the deaths of tiny embryos, which, in those instances, is abortion. That violates the consciences of the nuns, and they sought protection according to their First Amendment rights.On July 14, 2015, the Tenth Circuit Court of Appeals ruled, in effect, “Sorry Sisters. You lose!”[ii]

Family Talk is engaged in a similar fight with the government about the same issue. If we also lose, the fines will be more than $800,000 per year. Our ministry will be unable to sustain those fines, and our doors will close. We will not be alone.

And that is only the beginning. Already there is speculation about other permutations of the same-sex decision being added to the law, including polygamy[iii] and what are called polyamorous relationships, meaning “many loves.”[iv] The decree represents a sharp turning point in the moral character of our nation, which is changing day by day.

But let’s talk now about what concerns me most. Obergefell will give broad access to our children and future generations. Why do you think the Boy Scouts of America have been coerced and harassed for more than two decades to allow homosexual men to serve as Scout leaders? Predictably, just days ago, the BSA National Executive Board ratified a resolution that removes the national restriction on openly gay adult leaders and employees.[v] Girl Scouts gained that access years ago, and many of their leaders are lesbians who run significant programs. You won’t believe what they are teaching little girls.[vi]

The outrage continues. I grieve over what will happen to kids in public schools. They will be taught that right is wrong and wrong is right, and that the teachings of Scripture are unreliable and inaccurate. How unthinkable it is that in some states kindergartners, barely out of babyhood, are being taught adult perverse behavior that should never be discussed in the classroom. Soon, publishers of public school textbooks throughout the country will have to re-write and re-illustrate materials to make them conform to the demands of Obergefell. It matters not that these revisions will contradict the beliefs and convictions of Christian parents. It has already become the law of the land in some states.

Anything activists can dream up could be imposed on our children by liberal judges. LGBT propaganda will be blatantly taught to wide-eyed kids who are too young to understand how they are being manipulated. There is no consideration that the messages given will contradict the beliefs and convictions of millions of parents. The wishes of moms and dads will have been overridden and superseded by five Justices who have a better plan for their kids.

This is not the first time in recent history that children have been used as pawns in the hands of tyrants.
I’m reminded of the words of German dictator, Adolf Hitler, spoken as war in Europe approached. He said, “Your child belongs to us already . . . what are you? You will pass on. Your descendants, however, now stand in the new camp. In a short time they will know nothing but this new community.”[vii]

Do you understand now why I stated that Obergefell is not primarily about same-sex marriage? It is actually about everything that America has been and will be. Don’t take my word for these disturbing perspectives.
Let me share a few excerpts from an article in Time, written by Rod Dreher. He is a senior editor and blogger at The American Conservative. If his words don’t disturb you, read them again.

. . . It is hard to overstate the significance of the Obergefell decision — and the seriousness of the challenges it presents to orthodox Christians and other social conservatives. Voting Republican and other failed culture war strategies are not going to save us now.

Discerning the meaning of the present moment requires sobriety, precisely because its radicalism requires of conservatives a realistic sense of how weak our position is in post-Christian America.

The alarm that the four dissenting justices sounded in their minority opinions is chilling. Chief Justice John Roberts and Justice Antonin Scalia were particularly scathing in pointing out the philosophical and historical groundlessness of the majority’s opinion. Justice Scalia even called the decision “a threat to democracy,” and denounced it, shockingly, in the language of revolution.

. . . When a Supreme Court majority is willing to invent rights out of nothing, it is impossible to have faith that the First Amendment will offer any but the barest protection to religious dissenters from gay rights orthodoxy.

Indeed, Chief Justice Roberts and Justice Samuel Alito explicitly warned religious traditionalists that this decision leaves them vulnerable. Alito warns that Obergefell “will be used to vilify Americans who are unwilling to assent to the new orthodoxy,” and will be used to oppress the faithful “by those who are determined to stamp out every vestige of dissent.”

The warning to conservatives from the four dissenters could hardly be clearer or stronger. So where does that leave us?

For one, we have to accept that we really are living in a culturally post-Christian nation. The fundamental norms Christians have long been able to depend on no longer exist. To be frank, the court majority may impose on the rest of the nation a view widely shared by elites, but it is also a view shared by a majority of Americans. There will be no widespread popular resistance to Obergefell. This is the new normal.[ix]

I wish I had time and space to quote the remainder of Rod Dreher’s article and analysis of the Obergefell decision. Every Christian should read it.

Here is one last chilling remark made by Justice Samuel Alito. He wrote, “I assume that those who cling to old beliefs will be able to whisper their thoughts in the recesses of their homes, but if they repeat those views in public, they will risk being labeled as bigots and treated as such by governments, employers, and schools.”[x]

Our responsibility is summarized in the final words of the Manhattan Declaration, written by Professor Robby George, Dr. Timothy George, and the late Charles Colson, as follows:

". . . Because we honor justice and the common good, we will not comply with any edict that purports to compel our institutions to participate in abortions, embryo-destructive research, assisted suicide and euthanasia, or any other anti-life act; nor will we bend to any rule purporting to force us to bless immoral sexual partnerships, treat them as marriages or the equivalent, or refrain from proclaiming the truth, as we know it, about morality and immorality and marriage and the family. We will fully and ungrudgingly render to Caesar what is Caesar’s. But under no circumstances will we render to Caesar what is God’s."[xi]

It is time for us as Christians to awaken and allow our collective voices to be heard. We must pray fervently for our nation and for a national revival. We must defend our beliefs in a spirit of Christian love, but with deep conviction that the religious liberties handed down to us by the Founding Fathers must not be relegated to the ash heap of history.

This letter may be reproduced without change and in its entirety for non-commercial and non-political purposes without prior permission from Family Talk. Copyright, 2015 Family Talk. All Rights Reserved. International Copyright Secured. Printed in the U.S.A.