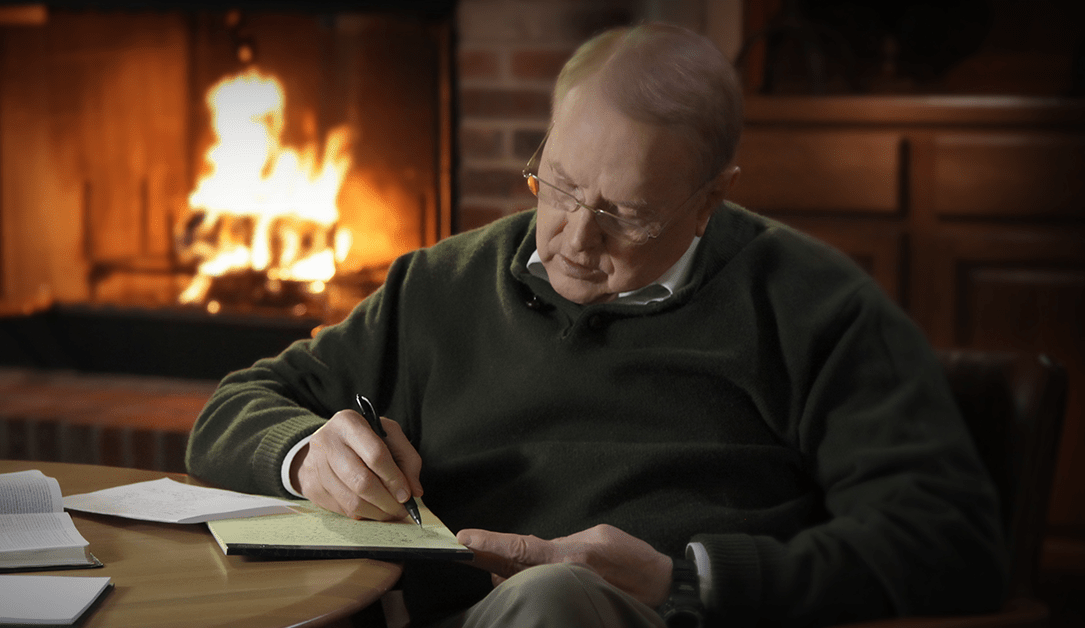 There is a heaviness within my spirit today on behalf of our beloved nation. I’m sure I share that sentiment with many of you. In a sense, Shirley and I are also grieving over the potential passing of an era, during which I believe God gave America a spiritual reprieve. President Donald Trump was partially responsible for this crucial change of trajectory.

He isn’t a perfect man, and his relationship with the Lord is a very private matter. But he attempted during the first four years of his presidency to get acquainted with, to honor, and to learn from Christian leaders. He is very close to Rev. Franklin Graham, Dr. Robert Jeffress, Rev. Paula White, Dr. Jack Graham, former Governor Mike Huckabee, and at least 30 others, including myself. He once said while greeting us at a formal dinner, "This is your house. Welcome to it." He then led us on a tour upstairs in the private residence.

Donald Trump is the first president to celebrate the National Day of Prayer (NDP) in the Rose Garden, which he did all four years of his presidency. President George W. Bush also took the NDP very seriously and held formal services in the East Room of the White House during his eight years in office. Shirley served as chairperson of NDP, and spoke at each event. Ronald Reagan and George H.W. Bush also celebrated the National Day of Prayer during their terms in office. Neither Bill Clinton nor Barack Obama held NDP ceremonies at the White House.

Back to Donald Trump, he is the most pro-life president in American history. He is the only Chief Executive to have spoken at the March for Life, which is an annual remembrance of the millions of babies aborted since Roe v. Wade in 1973. One of Trump’s most significant decisions has been the nomination of Amy Coney Barrett to be an associate justice on the U.S. Supreme Court. She never wavered on her pro-life beliefs even during her contentious confirmation hearings.

People who know the President best tell us he is one of the most hard-working and dedicated men ever to serve in the Oval Office. We saw that indefatigable nature during his final campaign, when he once held nine rallies in two days. He is also remarkably resilient. The media and his political opponents hammered him every day for four years. There was never a respite. President Trump arose every morning knowing he would be unfairly ridiculed and attacked from morning to night. This criticism began before he was elected and continued throughout his presidency. Nevertheless, he stood like a rock and his list of accomplishments could fill a book.

Yes, I admire Donald Trump. He is sometimes brash and aggressive. But as a New York entrepreneur and as a president under siege, he has had to be tough to deal with his challenges. But there is no doubt that he loves America and its people. Speaking personally, I will miss his presence on the national stage when he is no longer our President.

But by the way, we’re told that 81 percent of evangelicals voted for Donald Trump this year, while only 14 percent voted for the Biden ticket. I think I know why.

I won’t speculate on the voting controversy. If, however, American citizens have handed over the reins of power to the Biden/Harris ticket, it is important that we examine the platform on which they ran. Elections have consequences, as we know. The promises made in writing and on the campaign trail should disturb every conservative Christian. Let’s look first at the sanctity of human life.

Mr. Biden has told us emphatically that he will bring an open season on the unborn child. This is what LifeNews wrote about him.

- he will implement abortion on demand nationwide without any limits

- he will force Americans to fund Planned Parenthood, the biggest abortion provider1

That should break the heart of every lover of God’s children. We, as American citizens, will be complicit in the deaths of millions. How can Joe Biden say he wants to be president of ALL the American people? What does he have to say to the half of us who vigorously oppose abortion on demand, paid for by taxpayers through nine months of pregnancy and perhaps beyond, in America and, by inference, in nations around the world? If Donald Trump has been the pro-life President, Joe Biden will be the radical abortion president from his inauguration forward. If Biden does become president, I will do what I can to oppose his pro-death policies every day he is in office.

Biden’s regime will also usher in other forms of moral depravity. For example, he recently suggested that kids as young as eight or ten years old should be able to undergo irreversible transexual transformation. That’s what the man said! Kamala Harris, who may be our next vice president, said she wants this country to legalize all prostitution.4 What other moral outrage will come from this godless administration? Heaven only knows!

Joe Biden and the Democrats also support open borders. So much for the wall! That means that people around the world will be invited to enter this country legally and take up permanent residence within it. From the day of their arrival, they will be entitled to free welfare, free legal services, free medical care, free education, and who knows what else. Millions of people must be out there thinking, "How can I get to that promised land?"

We have also been told to expect trillions of dollars to be spent for the foolishness of the Green New Deal, with Alexandria Ocasio-Cortez at the helm. That could bankrupt the nation. And can you imagine how Joe Biden and Kamala Harris will deal with hostile governments, including those in China, Russia, Iran, and North Korea? That is an international nightmare in the making.

The institution of the family will find no friends in the White House or in the halls of Congress. Taxes are likely to skyrocket for middle-class parents and others. We can also expect unprecedented assaults on religious liberty and churches could be stripped of Constitutional protection. Also at risk are our Bill of Rights, the Second Amendment, and other provisions within the U.S. Constitution. Democrats are talking about defunding the police and even the military. Radical change is about to descend on the nation. America is about to be over-run by the most leftist regime in history.

If that sounds discouraging and hopeless, we have to remember Who is in charge here. I believe the Almighty has had His hand of protection on this land since the days of its founding fathers. Our ancestors cried out to Him at Valley Forge, Gettysburg, Midway, and Normandy. I don’t believe He has forsaken us now. So how do we explain the predicament that confronts us? I don’t know. Millions of people have been praying about the outcome of this election because we knew it would have such profound moral and spiritual implications. But who can discern the mind of God?

I grappled with such matters in my book, When God Doesn’t Make Sense. I wrote one morning after pacing back and forth in my study, "We must never forget that He is God. He is majestic and holy and sovereign. He is accountable to no one. He is not an errand boy who chases the assignments we dole out. He is not a genie who pops out of the bottle to satisfy our whims. He is not our servant—we are His. And our reason for existence is to glorify and honor Him . . . even when nothing makes sense. I then heard Him say, 'Trust Me.'"

And trust we shall. Still, we ask, "Why did this election come tantalizingly close to a victory for life and morality, only to end tragically?" Could it be because America has abandoned its moral convictions? I wrote in my general letter several months ago that our popular culture has become utterly wicked. If that is accurate, how could a nation murder 62 million babies, fresh from the hand of the Creator, without expecting judgment to fall upon them? Clearly, we stand guilty before Him.

If this explains the disaster that has now befallen this great nation, there is only one biblical response. It is repentance. It is for us to kneel humbly before our righteous and all-seeing God and beg for forgiveness, both corporately and individually. That alone will save us.

We may have lost this election battle when it comes to the policies that matter most to us. Yet, the culture war rages on, and the gospel message of Jesus Christ is our banner and greatest hope. This is why we do what we do at the Dobson Family Institute. Faith and family remain the mission, and our conviction has never been more ardent. We are ambassadors for Christ, and we still have work to do. Are you with us?

Lord, this is my prayer for my nation. Forgive us for our profound sinfulness, our arrogance, our pride, and our hands that have shed innocent blood. Restore our marriages and our churches. Bring a spirit of renewal and revival across this land. And Lord, in Thy wrath, remember mercy.

P.S. To help remind us of the eternal hope that only comes from our Savior God, I want to share the text of a sermon aired nationally a few days before the election. It was delivered by my friend, Dr. Jack Graham. He is pastor of Prestonwood Baptist Church in Plano, Texas. He explains that America, like Israel, has forgotten God, and our only chance for survival is to cry out to the Lord. I couldn’t agree more, and I hope you will read the enclosed message carefully. Dr. Graham based it on Psalm 80, which was written after northern Israel had been defeated horribly by the Assyrians. We will find solace and direction therein.