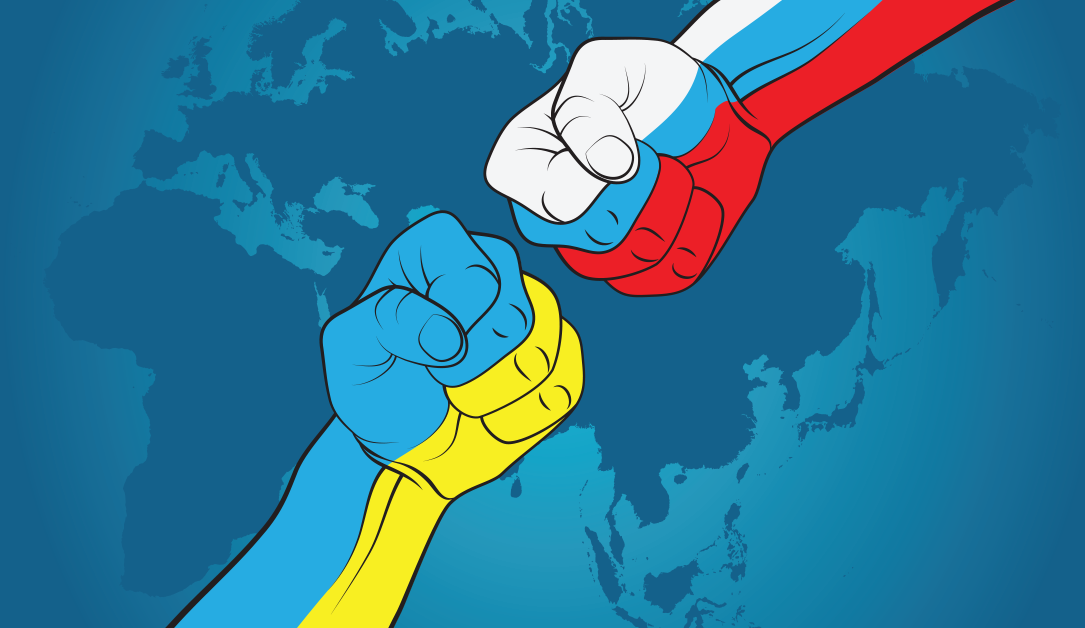 We join millions of Americans today in sadness and outrage in response to Russia's unprovoked assault on the peace-loving people of Ukraine. Vladimir Putin, the thug and former KGB head of the Soviet secret police, reportedly murdered countless enemies of the State in his day. Now, as President of Russia, he has rained down terror on innocent Ukrainian men, women, and children, who are desperately trying to defend their beloved homeland. As of this writing, their cries for help have largely fallen on deaf ears, as our weak President and European leaders have dithered.

Putin's act of war is reminiscent of Adolf Hitler who invaded Poland on September 1, 1939. He needed an excuse for the attack, so he ordered his Gestapo to simulate border incursions by Polish forces and had a half dozen concentration camp inmates killed. Their dead bodies were dressed in Polish uniforms essentially to create an illusion designed to dupe the international community into believing that Germany was the victim of Polish aggression. That, along with other staged raids,1 became his pretext to overrun the border and massacre tens of thousands of Polish citizens. Then, after a bloody and devastating conquest, he set up puppet regimes dominated by Nazi operatives. In the following months and years, Hitler rounded up six million Jews, Gypsies, homosexuals, and mentally-disabled people, and killed them in the gas chambers of Auschwitz and other extermination camps.

In a sense, there is a similarity between then and now. What "the Fuhrer" did to Poland and Europe in 1939 was profoundly evil. Likewise, what Putin is doing 83 years later is also unconscionable. This Russian tyrant didn't even bother to concoct an excuse to send guns, tanks, and planes into Ukraine. The brave Ukrainian people are resisting his merciless invasion against impossible odds.

Is the human race ready for another worldwide military catastrophe? Many prognosticators warn that it is likely. They say that Putin wants to rebuild the Russian Empire which collapsed in 1989. That implies that after Ukraine, the Baltic States may be his next objective. Some believe that Putin's greater goal is the NATO countries, beginning with Poland and Eastern Europe.

And then there is China, with its thirst for world domination. What about Iran and North Korea? A couple of weeks ago, Putin said he would consider using nuclear weapons if necessary, and ordered the Russian Army's nuclear forces to be on combat alert.

The most frightening scenario is a two-headed threat. On the one hand is Vladimir Putin, in complete control of one of the world's premier nuclear forces. On the other hand is a weak, indecisive President of the United States, Joe Biden. That could be a recipe for disaster.

Yet throughout the history of humankind, the sheer essence of freedom rings stronger than any dictator's arsenal. As President Ronald Reagan rightfully declared in his inaugural address, which I witnessed in 1981:

Above all, we must realize that no arsenal or no weapon in the arsenals of the world is so formidable as the will and moral courage of free men and women. It is a weapon our adversaries in today's world do not have.3

This is true for Americans as well as our Ukrainian brothers and sisters. Regardless of the size of the bully, there are valiant men and women who will anchor themselves to liberty's calling—for themselves and for future generations.

But where do we go from here? While I'm not an authority on such issues, the world seems poised on a knife-edge of destiny, and we must remember that the Bible speaks of such matters.

We should be like the sons of Issachar, who "understood the times and knew what to do." (I Chronicles 12:32) It is time for concerted prayer, especially for the people of Ukraine. Let's call upon our loving God who cares about those who are suffering. Please pray also for our country, which is in desperate need of a revival that will sweep the nation and bring us back to our spiritual roots. Let it begin with you and me.

May God's hand of mercy be upon Ukraine and all freedom-loving nations.