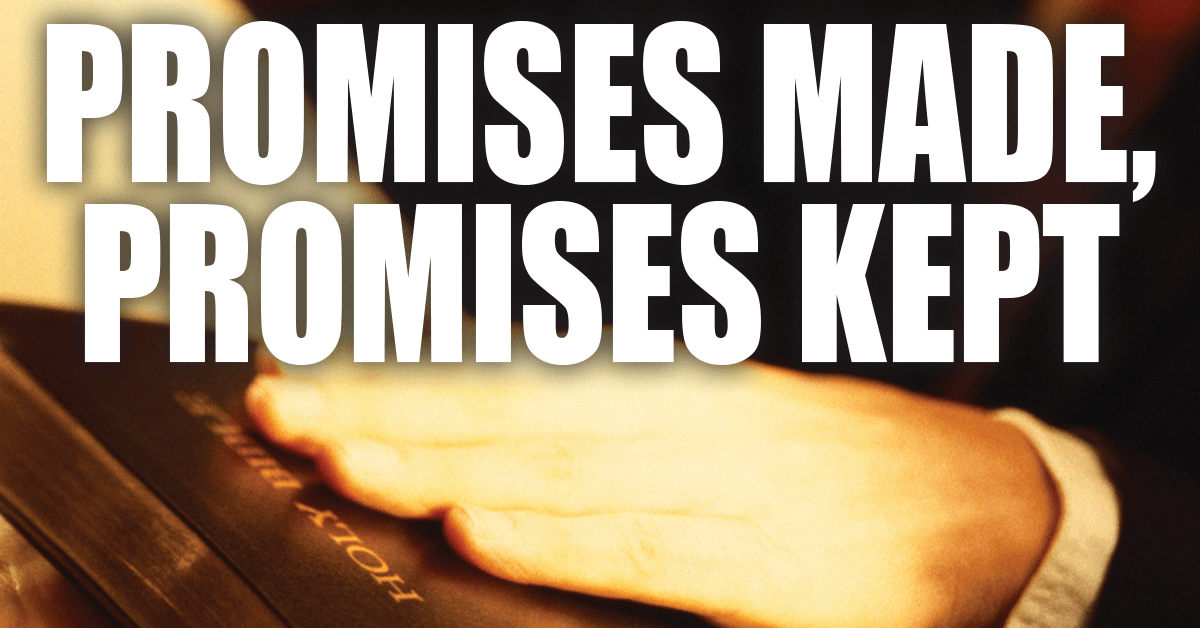 On June 21, 2016, Shirley and I were in New York City to attend a gathering of more than 1,000 evangelical pastors and conservative Catholics at the Marriott Hotel. We were there to evaluate and consider the Republican candidate for President of the United States, Donald J. Trump, who was scheduled to attend. Initially, most of us were skeptical because of what we had read and heard about this thrice-married billionaire. I had campaigned in Iowa for Texas Senator Ted Cruz until his candidacy ended, and therefore, we had come to the Big Apple to take a closer look at Donald Trump and to ask him some hard questions.

It was unthinkable for most of us to even consider voting for the Democrat candidate, Hillary Rodham Clinton. She was, and remains, a radical activist who supports the killing of healthy babies through nine months of pregnancy, even to the moment of birth. Other members of her party even advocate leaving newborn babies to die after barely surviving botched abortions. That brutality has a name—it is called infanticide!

There were dozens of other policy issues supported by Mrs. Clinton that were (and are) anathema to most conservative Christians. One of the most contentious issues concerned the likelihood of her nominating extremely liberal lawyers to lifetime appointments on the U.S. Supreme Court. Such action would tip the scales of justice to the far left. In my view, America would have never recovered from this irreversible shift in power.

Hillary Clinton's unacceptability raised the obvious question. If not her, then who should get our votes? It brought us back to the other alternative, Donald Trump. Early that morning, about forty of us were invited to meet privately with the candidate in his boardroom at the Trump Tower. The answers he gave to our queries that day began to change the minds of participants. We talked with him for perhaps an hour and left encouraged. Then we were transported to the Marriott Hotel and entered an auditorium where a huge crowd had assembled. The candidate walked to the platform and addressed us briefly. Then he said he would respond to our questions. I was handed a microphone and asked to pose the first question. I remember saying something like this:

"Mr. Trump, many of us as evangelicals have been subjected to religious harassment and legal challenges by the Obama administration and his presidential predecessors. (Our ministry, the James Dobson Family Institute, was engaged in a distressing federal lawsuit at that time.) Our constitutional rights have been denied and abridged. Will you, as President, get the government off our backs, or will we have to continue to fight for our religious liberties?"

I wish I had a recording of his reply. Trump spoke for at least 20 minutes in answer to my question. He was emphatic about the issue and spoke sharply about former President Lyndon Baines Johnson. When he was a powerful U.S. Senator, he had added an amendment to HR Bill 8300 which was enacted into law as the Internal Revenue Code of 1954. It was designed to prohibit Southern Democrats and their churches from opposing his legislation. We understand that maneuver, but the amendment continued to endure for 62 years with no end in sight. It forbade leaders of non-profit organizations from speaking for or against political candidates or legislative matters. To violate this IRS ruling was a death sentence for hundreds of thousands of religious institutions. It was rarely enforced because it didn't have to be. The threat of an all-powerful government with unlimited resources dragging ministries into court was intimidating enough. Trump said with passion that this ruling was unfair, unconstitutional, and it allowed the IRS to silence people of faith. He promised to get rid of it. It was a home run!

Before I tell you what happened with the Johnson Amendment, you should know the rest of the Marriott story. Mr. Trump made many promises in New York that day, including an unequivocal commitment to the sanctity of human life. It was clear that he meant it. As the morning progressed, participants could sense rising approval for the candidate. Although no one polled the audience to my knowledge, affirmation for Mr. Trump was evident as we filed from the auditorium. Sentiment had clearly shifted from skepticism to support in a single hour. I heard many of my colleagues say, "I think I could vote for this man." Indeed, most of the attendees, (and millions of other conservatives) went out and voted for him on Election Day. Eighty-two percent of evangelicals voted for Donald Trump. I believe he won the presidency in part because of the promises he made on that historic day.

He first took aim at the Johnson Amendment and ran headlong into Democrat opposition in Congress. In fact, they dug in their heels on everything the new President tried to accomplish. He couldn't even get approval for his staff appointments. You probably remember that era. The usual honeymoon period after a presidential election never occurred for Donald Trump. Nevertheless, on May 4, 2017, just four months after his inauguration, he held a celebration of the National Day of Prayer in the Rose Garden of the White House. It was the first time that had ever happened. Two hundred Christian leaders were there to enjoy the moment. By the way, the President has held National Day of Prayer celebrations in the Rose Garden all four years of his presidency.

His remarks in 2017 are worth reading. A transcript can be accessed in the journal, Law and Justice. To spare you from searching, I will give you the backstory that was rarely reported by the liberal press. Provided below are excerpts. President Trump said:

Tolerance is the cornerstone of peace, and that is why I am proud to make a major and historic announcement this morning and to share with you.

Freedom is not a gift from the government. Freedom is a gift from God. It was Thomas Jefferson who said, "The God who gave us life, gave us liberty." Our founding fathers believed that religious liberty was so fundamental that they enshrined it in the very first amendment of our great and beloved Constitution.

Yet for too long, the federal government has used the power of the state as a weapon against people of faith—bullying and even punishing Americans for following their religious beliefs. That's been happening. That is why I am signing, today, an executive order to defend the freedom of religion and speech in America—the freedoms we've wanted, the freedoms that you fought for so long. And we are doing it in just a little while, right over here. Thank you all.

(Applause) . . . So you're in a position where you can say what you want to say. (Applause)

Under my administration, free speech does not end at the steps of a cathedral or synagogue, or any other house of worship. We are giving our churches their voices back. We are giving them back in the highest form. With this executive order, we also make clear that the federal government will never, ever penalize any person for their protected religious beliefs. (Applause)

This executive order directs the IRS not to unfairly target churches and religious organizations for political speech. (Applause) No American should be forced to choose between the dictates of the federal government and the tenets of their faith. As I campaigned across the country, faith leaders explained that they were prevented from speaking their minds because of a 1954 rule known as the Johnson Amendment. Under this rule, if a pastor, priest, or imam speaks about issues of public or political importance, they are threatened with the loss of their tax-exempt status—a crippling financial punishment. Very, very unfair. But no longer.

The abuses were widespread. The abuses were all over. As just one example, people were forbidden from giving or receiving items at a military hospital where our brave service members were being treated, and where they wanted those religious items. These were great, great people. These are great soldiers. They wanted them, but were precluded from getting them.

We also know all too well the attacks against the Little Sisters of the Poor. [Nuns were brought to the front of the Garden to be honored.] We want you to know that your long ordeal is over. (Applause)

And's that's why we are here today to defend the rights of all Americans, to honor our great Constitution; and to protect the sacred liberties given to us not by any earthly power but by our Creator in heaven. (Applause)

I'd like to thank all of you great, great leaders for being here today.

Because of this initiative, I am able to tell you about it today.