Dad's Vital Role in Building Character Into His Sons 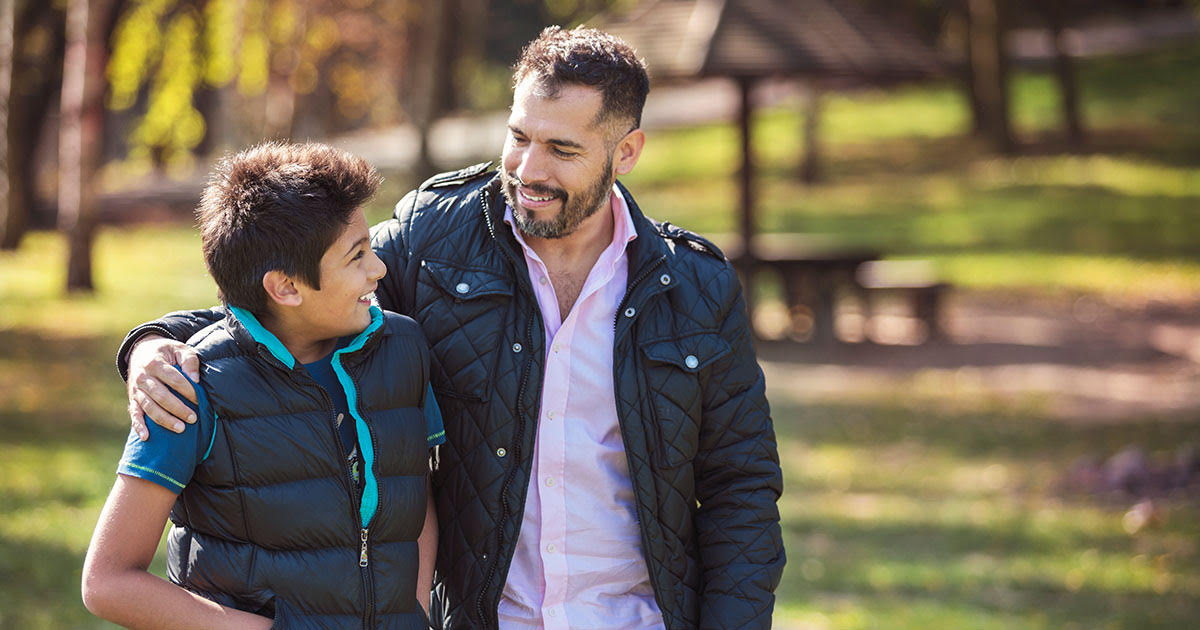 If character training is a primary goal of parenting, and I believe it is, then the best way to instill it is through the demeanor and behavior of a father. Identification with him is a far more efficient teacher than lecturing, scolding, punishing, bribing, and cajoling.

Boys watch their dads intently, noting every minor detail of behavior and values. Your sons will imitate much of what you do. If you blow up regularly and insult your wife, your boys will treat their mother and other females disrespectfully. If you drink to excess, your kids will be at risk for chemical substance abuse. If you curse or smoke or fight with your coworkers, your boys will probably follow suit. If you are selfish or mean or angry, you'll see those characteristics displayed in the next generation.

Fortunately, the converse is also true. If you are honest, trustworthy, caring, loving, self-disciplined, and God-fearing, your boys will be influenced by those traits as they age. If you are deeply committed to Jesus Christ and live by biblical principles, your children will probably follow in your footsteps. So much depends on what they observe in you, for better or worse.

Someone said, "I'd rather see a sermon than hear one." There is truth to this statement. Children may not remember what you say, but they are usually impacted for life by what you do. Consider the task of teaching your boys to be honest, for example. Yes, you should teach what the Scripture says about truthfulness, but you should also look for opportunities to live according to that standard of righteousness.

I’m reminded of something that happened several years ago in the state of Georgia, when the Bulldogs of Rockdale County High School overcame a big deficit to win the state basketball championship. Coach Cleveland Stroud couldn't have been more proud of his team. But then a few days later, while watching the game films of the playoffs, he noticed that there was an ineligible player on the court for forty-five seconds during one of the games. He called the Georgia High School Association and reported the violation, costing the school the title and the trophy. When asked about it at a press conference, Coach Stroud said, "Some people have said that we should have kept quiet about it. That it was just forty-five seconds, and that the player wasn't really an impact player. But you gotta do what's honest and right. I told my team that people forget the scores of basketball games. They don't ever forget what you're made out of."

You can be certain that every member of the Bulldogs' team will remember the character of Coach Stroud. A letter to the editor of the local newspaper summed it up well. "We have scandals in Washington and cheating on Wall Street. Thank goodness we live in Rockdale County, where honor and integrity are alive and being practiced." Your boys and girls need to see you doing what is right, even when it is inconvenient to do so.

This raises a question about the other characteristics you are trying to model for your sons. Have you thought that through? Do you know exactly what you're trying to accomplish at home? If you're not sure who you are as a man or what you are trying to say with the "message of your life," your boys (and girls) will have no consistent example to follow. Such a plan should begin, I believe, with a personal commitment to Jesus Christ, who will guide your steps in the days ahead. Unless you know Him, your efforts to model righteousness will be inadequate and hollow.

Parenting Fathers Boys The Next Generation