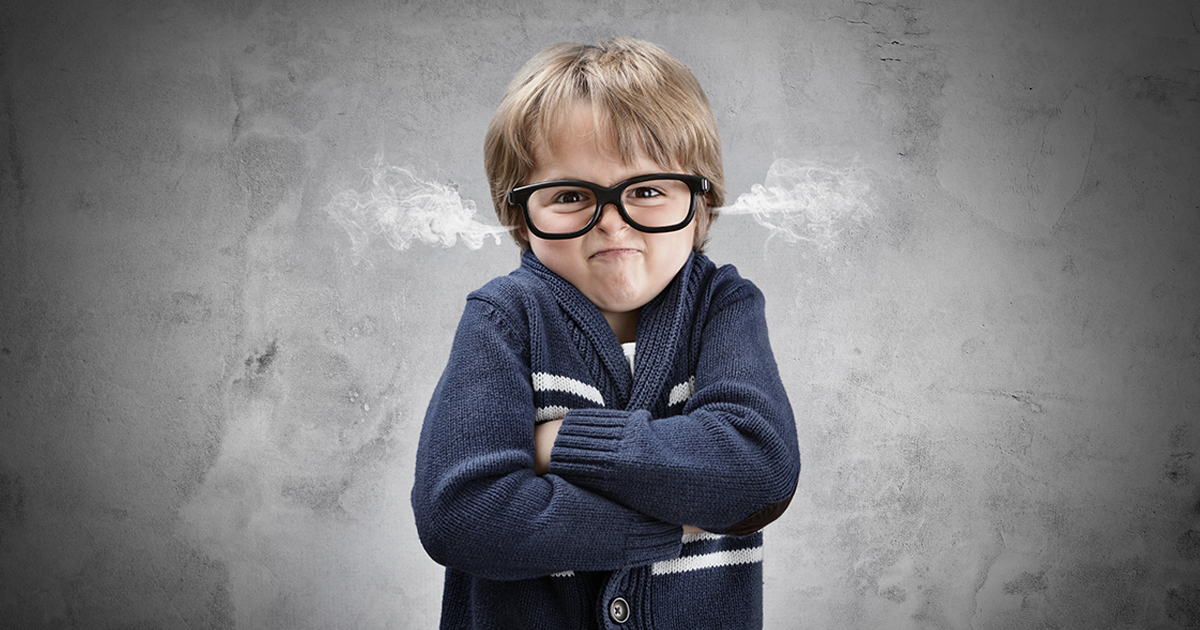 The late Dr. Benjamin Spock, who wrote the perennial best seller, Dr. Spock's Baby and Child Care, was severely criticized for his laissez-faire approach to child-rearing. He was blamed for weakening parental authority and producing an entire generation of disrespectful and unruly children. To the man on the street, Dr. Spock became a symbol of permissiveness and overindulgence in parent-child relationships. It was a bum rap. I had lunch with him one day after we had been guests on a national television show and found our views to be surprisingly similar on most things not political.

Perhaps in response to the criticism that he experienced, Dr. Spock published a clarifying article entitled "How Not to Bring Up a Bratty Child." In it he wrote, "Parental submissiveness doesn't avoid unpleasantness; it makes it inevitable." A child’s defiance, he said, "makes the parent increasingly more resentful, until it finally explodes in a display of anger." He continued, "The way to get a child to do what must be done, or stop doing what should not be done, is to be clear and definite each time. . . Parental firmness also makes for a happier child." Finally, right before his death at ninety-three years of age, the old pediatrician was quoted as saying, "It's fine for parents to respect their children, but they often forget to ask for respect back."

Dr. Spock was absolutely right. If you don't take a stand with your child early, she is compelled by her nature to push you further. Terrible battles are inevitable, especially during the adolescent years. The hesitant and guilt-ridden parent who is most anxious to avoid confrontation often finds himself or herself screaming and threatening throughout the day, and ultimately thrashing the child. Indeed, physical abuse may be the end result. However, if Mom and Dad have the courage and conviction to provide firm leadership from the earliest days of childhood, administering it in a context of genuine love, both generations will enjoy an atmosphere of harmony and respect. That is precisely what I have been trying to teach for over forty years!

Contained in this simple explanation is an understanding of children that some adults comprehend intuitively, and which others never quite grasp. The concept involves the delicate balance between love and control, recognizing that implementing a reasonable and consistent action line does not assault self-worth; instead, it represents a source of security for an immature child.

I have had many mothers say to me over the years: "I don't understand my kids. They will do exactly what their father demands, but they won't mind me at all." There may be several reasons for this differential. First, fathers can be much more intimidating than mothers just by their "presence." The fact is that dads are often much bigger physically and have a deeper voice that has a way of encouraging a child to respond more quickly to their discipline. Second, children often look to their father for approval, and when he expresses his disappointment to them, they take it more to heart. Finally, and most pertinent here, because mothers usually spend more time with their children, they often get worn down and stop following through with discipline. When that's the case, children are bright enough to notice that Dad draws his action line earlier than Mom—and they'll behave accordingly.

There's another factor: Children often understand these forces better than their parents, who are bogged down with adult responsibilities and worries. That is why so many kids are able to win the contest of wills; they devote their primary effort to the game, while we grown-ups play only when we must. One father overheard his five-year-old daughter, Laura, say to her little sister, who was doing something wrong, "Mmmmm, I'm going to tell Mommy on you. No! I'll tell Daddy. He's worse!" Laura had evaluated the disciplinary measures of her two parents and concluded that one was more effective than the other.

This same child was observed by her father to have become especially disobedient and defiant. She was irritating other family members and looking for ways to avoid minding her parents. Her dad decided not to confront her directly about this change in behavior, but to punish her consistently for every offense until she settled down. For three or four days, he let Laura get away with nothing. She was spanked, stood in the corner, and sent to her bedroom. At the conclusion of the fourth day, she was sitting on the bed with her father and younger sister. Without provocation, Laura pulled the hair of the toddler, who was looking at a book. Her dad promptly took action and disciplined her. Laura did not cry, but sat in silence for a moment or two, and then said, "Hurrummph! All of my tricks are not working!"

Don't you see how important disciplinary techniques are to a child's respect for his parents? When a forty-five-pound bundle of trouble can deliberately reduce his powerful mother and father to a trembling, snarling mass of frustration, then something changes in the relationship. Something precious is lost. The child develops an attitude of contempt that is certain to erupt during the stormy adolescent years to come. I sincerely wish every adult understood that simple characteristic of human nature.

I've met a few wily grown-ups who had a great ability to lead kids. One of them lived near us in Arcadia, California. He owned and operated Bud Lyndon’s Swim School and had a remarkable comprehension of the principles of discipline. I enjoyed sitting poolside just to watch the man work. However, there are few child developmentalists who could explain why he was so successful with the little swimmers in his pool. He was not soft and delicate in his manner; in fact, he tended to be somewhat gruff. When the kids got out of line, he splashed water in their faces and said sternly, "Who told you to move? Stay where I put you until I ask you to swim!" He called the boys "men of tomorrow" and other pet names. His class was regimented, and every minute was utilized purposefully. But would you believe it, the children loved Bud Lyndon. Why? Because they knew he loved them. Within his gruff manner was a message of affection that might escape the adult observer. Mr. Lyndon never embarrassed a child intentionally, and he covered for the youngster who swam poorly. He delicately balanced his authority with a subtle affection that attracted children like the pied piper. Mr. Bud Lyndon understood the meaning of discipline with love.

When I was in ninth grade I had an athletic coach who affected me in the same way. He was the master of the moment, and no one dared challenge his authority. I would have fought wild lions before tackling Mr. Ayers. Yes, I feared him. We all did. But he never abused his power. He treated me courteously and respectfully at a time when I needed all the dignity I could get. Combined with his acceptance of the individual was an obvious self-confidence and ability to lead a pack of adolescent wolves who had devoured less capable teachers. And that's why my ninth-grade gym coach had a greater influence on me than any other person during my fifteenth year. Mr. Craig Ayers understood discipline with love.

Not all parents can be like Mr. Lyndon or Mr. Ayers, and I would not suggest that they try. Nor would it be wise for a parent at home to display the same gruffness that is appropriate on the athletic field or at the pool. Parents must fit their disciplinary approach to their own personality patterns and the responses that feel natural. However, the overriding principle remains the same for men and women, mothers and fathers, coaches and teachers, pediatricians and psychologists: It involves discipline with love, a reasonable introduction to responsibility and self-control, parental leadership with a minimum of anger, respect for the dignity and worth of the child, realistic boundaries that are enforced with confident firmness, and a judicious use of rewards and punishments to those who challenge and resist. It is a system that bears the approval of the Creator Himself.