Manhood at Its Best 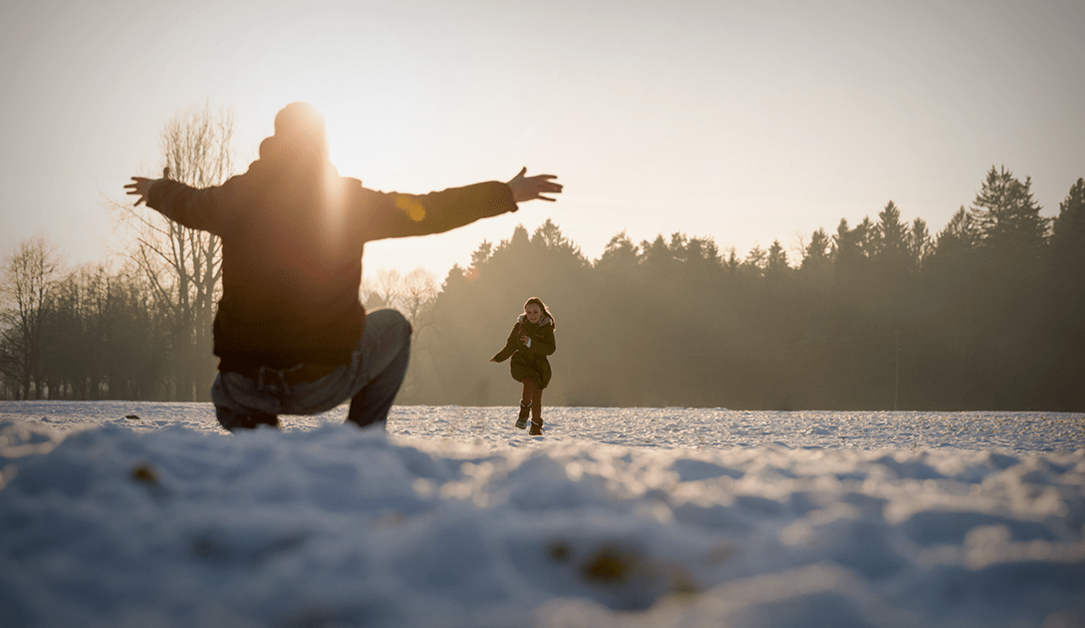 Here's an illustration of manhood at its best. After all, how else can we get a handle on the ephemeral qualities of character and strength in a man of God? It is understood most readily by observing a good model, and I crossed paths momentarily with one of the finest a few years ago.

My family had joined me at Mammoth, California for a weekend ski outing. The kids were still young, and I was working frantically to teach them the fundamentals of the sport. That's a tough assignment, as every skiing father knows. You can guess who gets to carry all the skis, boots, and poles, and then park the car, stand in line to buy lift tickets, herd the clan toward the ski slopes, and get everyone zipped up, buckled, and ready to go. At that precise moment, inevitably, one of the children announces that he or she has to go to the bathroom. Upon hearing that important news, dad clomps back down the hill with his child in tow, and then goes through the zippety-zip process twice more. Then he trudges back up the mountain. That is how the system works on a good day.

On a bad morning, some of the most frustrating experiences in living can occur. Children are fully capable of announcing this need to visit the "john" one at a time, sending Dad up and down the mountain like a yo-yo. By the time he and the last child get back, the first one has to go again. Kids seem to delight in losing valuable equipment, too, such as leather gloves, designer wool hats, ski jackets, goggles, etc. They're also good at bickering, which drives their harried parents crazy.

On the particular day in question, it was a bad morning for my family. Our children did everything wrong. There we were on a family vacation to produce a little togetherness, but I couldn't stand either one of my kids. They complained and dawdled and spread clothes all over the city of Mammoth. Maybe it will make other families feel better to know that the Dobsons have nerve-wracking days like that, too. By the time I transported the family to the ski lodge, I was well on my way to total irritation. Danae and Ryan climbed out of the car with a grumble, and I headed toward a parking lot a mile or so away. On the way down the hill, I muttered a brief prayer. Actually, it was more an expression of exasperation than anything else.

"What am I going to do with these kids you've given to me?" I said to the Lord, as though it were His fault. He did not reply.

I parked the car and walked back to an assembly area where a flatbed truck comes by every ten minutes to pick up passengers. About fifteen skiers stood awaiting a ride up the mountain, and I quietly joined them. Then I noticed the "different" young lady standing with the others. She turned to look at me, and I observed the unmistakable appearance of mental disability in her eyes. This late teenager was behaving in a very strange way. She stood facing the mountain, quoting the word "Whomever" over and over. "Whomever!" she said in a loud voice. A few seconds later, she repeated the word nonsensically.

Having worked with developmentally disabled individuals for years, I felt instant empathy for this girl. It was apparent, however, that the other skiers didn't share my concern. They were young, attractive, and beautifully outfitted. I watched them glance in the direction of the girl and then take a step or two backward. They rolled their eyes at each other as if to say, "Who's the 'crazy' we have with us?"

About that time the truck arrived and all of us began climbing onto its bed. As the driver took us toward the ski lodge, the disabled girl continued to face the mountain and say the word "Whomever." By this time she stood alone as the "in crowd" left her isolated at the center of the bed. She was alone, that is, except for a big man who stood nearby. Suddenly, I realized that he was her father.

It was at that point that this man with a kind face did something I will never forget. He walked over to his daughter and wrapped his arms around her. He put his big hand on the back of her head and gently pressed it to his chest. Then he looked down at her lovingly and said, "Yeah, babe. Whomever."

I must admit that I had to turn my head to conceal the moisture in my eyes. You see, that father had seen the same rejection from the beautiful people that I had observed. He saw their smiles...their scorn. His act of love to the girl was only partially done for her benefit. The father was actually speaking to all of us.

He was saying, "Yes, it's true. My daughter is mentally challenged. We can't hide that fact. She is very limited in her ability. She won't sing the songs. She won't write the books. In fact, she's already out of school. We've done the best we could for her. But I want you all to know something. This young lady is my girl, and I love her. She's the whole world to me. And I'm not ashamed to be identified with her. 'Yeah, babe. Whomever!'"

The selfless love and tenderness of that father flooded out from his soul and engulfed mine. Instantly, I felt compassion and love for my two children.

Two weeks later, I was a guest on a national television show, and the moderator gave me four and a half minutes to answer such questions as "How did the institution of the family get into such a mess, and how can we correct the problem?"

I couldn't have answered the question in four and a half hours...but I can say this: One of the solutions to family disintegration has something to do with what that father was feeling for his disabled girl, there in the back of that flatbed truck. That kind of unconditional love will heal a troubled home. It will resolve conflicts between parent and child. It will even help us cope with a tragedy like mental disability.

What we desperately need as a framework on which to rebuild the quaking family is a generation of men who have the capacity to love like the father of the disabled girl...

men who will put the best interests of their wives and

children above their own selfish desires and pursuits . . .

Men like my father and grandfather, who modeled these qualities for me during my impressionable years. Perhaps their example will speak loudly to younger men in search of worthy role models.