Men: Attitude for a Successful Marriage 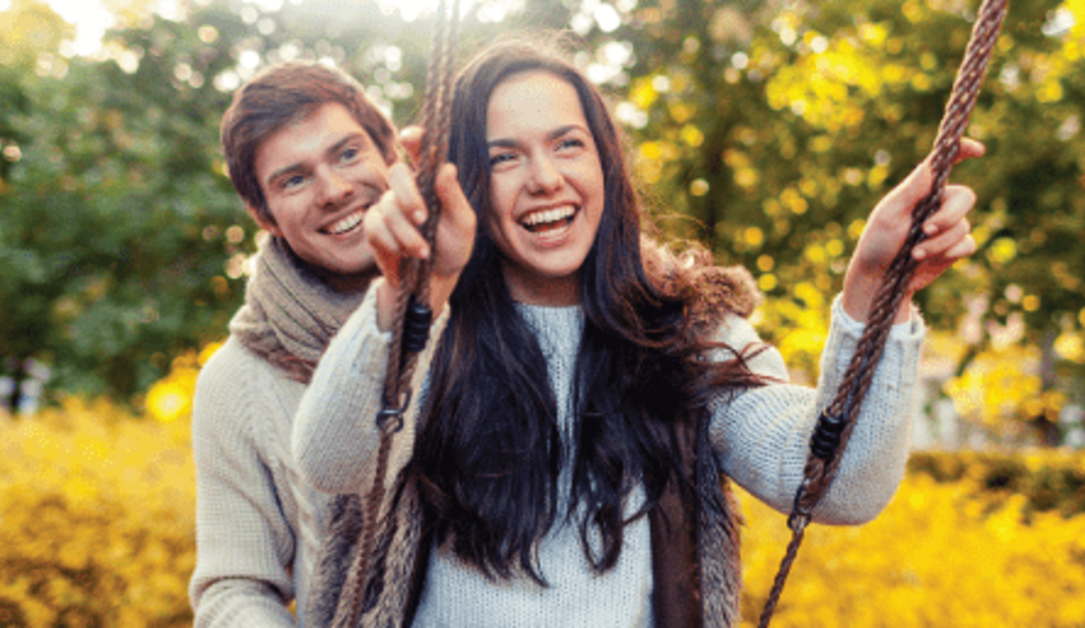 There is still no substitute for the biblical prescription for marriage, nor will its wisdom ever be replaced. A successful husband and wife relationship begins with the attitude of the man; he has been ordained by God as the head of the family, and the responsibility for its welfare rests upon his shoulders. This charge can be found in the early writings of Moses in the Old Testament, returning at least 5000 years into Jewish history. Deuteronomy 24:5 (TLB) reads:

A newly married man is not to be drafted into the army nor given any other responsibilities; for a year he shall be free to be at home, happy with his wife.


Imagine the luxury! Newlyweds were given one full year in which to adjust to married life, with no responsibilities or duties during that period. (I must admit that I don't know what they did with their time after the first three weeks, but it sounds like fun, anyway.) Compare it with the first year of marriage in this day, when the man and woman are both working, going to school, and all too frequently the bride is facing the biological, emotional, and financial tensions of a pregnancy. But my point in quoting this Scripture is better illustrated by the last sentence as stated in the King James version. It reads, "And he (the husband) shall cheer up his wife which he hath taken."

Early Mosaic law made it clear the emotional well-being of a wife is the specific responsibility of her husband. It was his job to "cheer" her. Friends and neighbors, it still is! This message is for the man whose own ego needs have drawn him to achieve super success in life, working seven days a week and consuming himself in a continual quest for power and status. If his wife and children do not fit into his schedule somewhere, he deserves the conflict that is certainly coming. This masculine charge should also be heeded by the husband who hoards his nonworking hours for his own pleasures, fishing every weekend, burying his head in the television set, or living on a golf course. Everyone needs recreation and these activities have an important reconstructive role to play. But when our enjoyment begins to suffocate those who need us—those whose very existence depends on our commitment—it has gone too far and requires regulation.

Derek Prince has expressed this viewpoint even more strongly. He feels that the troubles America is facing, particularly with reference to the family, can be traced to what he calls "renegade males." The word renegade actually means "one who has reneged." We men have ignored our God-given responsibility to care for the welfare of our families, to discipline our children, to supervise the expenditure of the financial resources, to assume spiritual leadership, to love and to cherish and protect. Instead, we have launched ourselves on a lifetime ego trip, thinking only of our needs and our pleasures and our status. Is it any wonder that low self-esteem is a problem among our women? Is it surprising that loneliness, isolation, and boredom have reached critical proportions? Both these canyons of depression are dug by the deterioration of relationships between husbands and wives, and we men are in the best position to improve the situation.

Am I recommending that men dominate their wives, ruling with an iron fist and robbing them of individuality? Certainly not. Again, the prescription for a successful marriage is found in the bible, where the concept of the family originated. God, who created the entire universe, should be able to tell us how to live together harmoniously. He has done just that, as written in Ephesians 5:28-33 (TLB).

That is how husbands should treat their wives, loving them as part of themselves. For since a man and his wife are now one, a man is really doing himself a favor and loving himself when he loves his wife! No one hates his own body but lovingly cares for it, just as Christ cares for his body the Church, of which we are parts. (That the husband and wife are one body is proved by the Scripture which says, "A man must leave his father and mother when he marries, so that he can be perfectly joined to his wife, and the two shall be one!")


I know this is hard to understand, but it is an illustration of the way we are parts of the body of Christ. So again I say, a man must love his wife as a part of himself; and the wife must see to it that she deeply respects her husband, obeying, praising, and honoring him.

There is certainly no room for masculine oppression within that formula. The husband is charged with loving leadership within the family, but he must recognize his wife's feelings and needs as being one with his own. When she hurts, he hurts, and takes steps to end the pain. What she wants, he wants, and satisfies her needs. And through all this, his wife deeply respects, praises and even obeys her loving husband. If this one prescription were applied with the American family, we would have little need for divorce courts, alimony, visiting rights, crushed children, broken hearts, and shattered lives.

Now, if we appear to be blaming all marital and family woes on husbands, let me clarify the point. For every complaint women have against men, there is a corresponding bellyache on the other end of the line. And I'm certain that I've heard them all. Women can be just as selfish and irresponsible as their men. How many wives have "let themselves go," waddling around on massive rhino haunches and looking like they had spent the night in a tornado? How many husbands come home every night to a wrecked house, dirty kids, and a nagging, groaning, overindulged wife? King Solomon must have known such a sweetheart, for he wrote:

It is better to live in the corner of an attic than with a crabby woman in a lovely home (Proverbs 21:9, TLB).

Neither sex has a monopoly on offensive behavior.

But for those who accept God's design for the family, it is clear that husbands bear the initial responsibility for correcting the problem. This obligation is implicit in the role of leadership assigned to males. Where does it begin? By men treating their wives with the same dignity and attention that they give to their own bodies, "loving them even as Christ loved the Church, giving his life for it." What a challenge! If this be male chauvinism, then may the whole masculine world be swept by its philosophy.

Would it be ostentatious for me to give a personal illustration at that point? I hope not, and ask that the reader not interpret this statement as boasting. My wife, Shirley, and I have applied the biblical prescription in our own marriage, and have found it valid and true. Having been with Shirley daily since we were married fourteen years ago, I still enjoy the pleasure of her company.

In fact, if I could choose anyone on earth with whom to spend a free evening, Shirley would rank at the top of the list. She feels the same way about me, which is even more remarkable! I suppose it can be summarized this way: Shirley and I are not just married to one another; we are also "best friends." Does this mean that we never have strong differences of opinion? Certainly not. Does it mean that we float along on a pink cloud of adolescent romanticism every day of our lives? No chance. Does it mean that irritability and other human frailties have been conquered? Not likely.

Perhaps I should tell you about our one absolutely unresolvable problem; there is an area of difficulty between us which defies correction or mediation, and I have even lost hope of ever coming to terms with it: Shirley and I operate on totally different thermostats. Even though we have become "one body" we have vastly differing ideas of how hot it should be! My wife is cold at least eleven months out of the year, thawing momentarily during the summer. She warmed up last August 14 for about an hour, right around noon, and then froze over again. Wouldn't you know that I stay overheated the year around, and gasp for a cool breeze in the California sunshine. This differing viewpoint produces some dramatic struggles for control of the heating unit in our home. A man's home is his castle they say, but in my case, it's a furnace.

Obviously, the success of my relationship with Shirley does not result from human perfection on either part. It is simply a product of caring for the feelings, needs, and concerns of the other. It is giving, not grabbing. Or as it is stated in the marriage vows, "In honor, preferring one another." And by some strange quirk of human nature, that attitude produces self-esteem by the bushel.