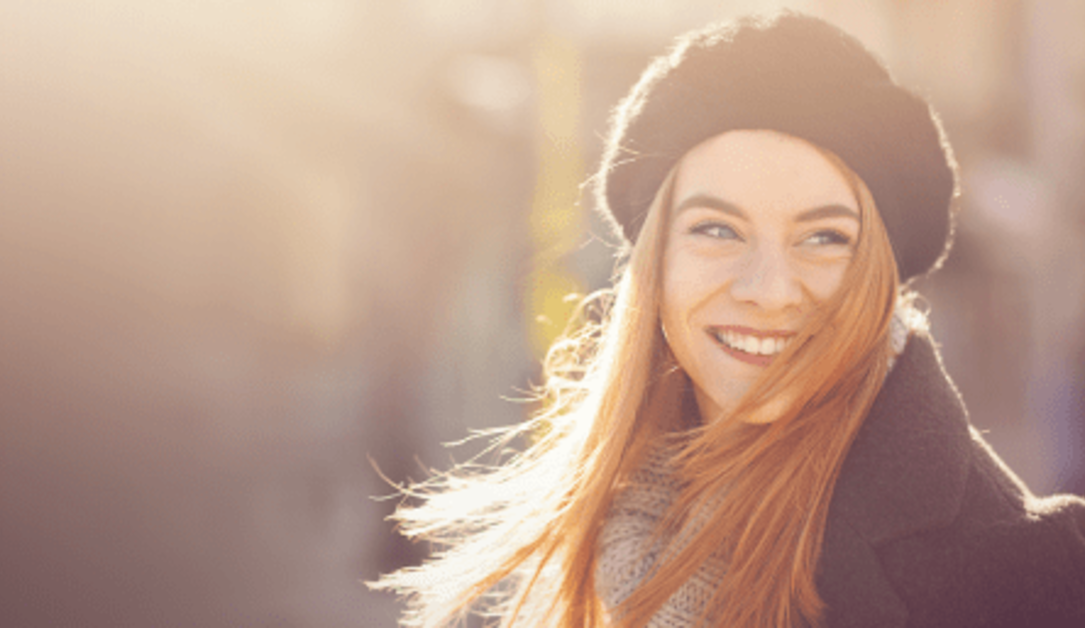 Be faithful in small things because it is in them that your strength lies.
-Mother Teresa

Extraordinary women are faithful in the small things, and that enables God to entrust more to them as they mature and grow in their faith.

I'm sure that noted Bible teacher Beth Moore didn't know what God had in mind for her when she began leading Christian aerobics years ago. Since then, God has called her out of her spandex and around the world to teach His Word. She teaches a 700-member Sunday School class at her church and hosts an interdenominational Tuesday-night Bible study for women in her city. She's also authored multiple books and Bible study curriculums.

Allison Bottke was born and raised in Cleveland. She ran away from home at the age of 15 and married a young man whose abuse nearly ended her life. Divorced and a mother at the age of 16, her tenacious spirit saw her through three decades of turmoil and addiction before she came to know the Lord. Now she's the editor of the inspiring God Allows U-Turns non-fiction book series.

Heather Whitestone McCallum lost her hearing due to a virus she contracted at the age of 18 months. Though profoundly deaf, she studied hard and graduated from public high school with a 3.6 GPA. Due to financial hardships at home, she started competing in pageants in order to win scholarship money for college. She competed in the Miss Alabama contest three times before winning the title and heading to Atlantic City to be crowned Miss America. She was the first woman with a disability to do so. Since then, she has written two books and traveled extensively, sharing how Jesus' influence in her life is the key to her success.

What if God's dream for your life was something bigger than you ever imagined?

If you knew God had bigger plans for you than you have for yourself, how would that change things for you? Would it scare you? Make you nervous? Excite you? Energize you? Make you want to lay down and take a nap?

Thankfully, God doesn't reveal his plans for us all at once—as if Publisher's Clearing House came to your door with balloons and flowers and a big check for a million dollars. Most of us would be overwhelmed by that. Instead, God gently takes us by the hand and leads us, a little at a time, to a future that only He can see. By moving us along gently, He gives us the time we need to mature, to develop the skills we need for the work He's planned, and to get used to the idea that all that's happened in the past may in fact be part of His grand plan for us.

By revealing His plan a little at a time, God helps us adjust to the idea that His plan may be bigger than we ever imagined.

When I was growing up as a young girl in Montana, I never dreamed God had plans for me to be serving Him in the way I am—as president of Extraordinary Women, an association committed to drawing women closer to the heart of God. Standing in front of audiences always unnerved me. It still does today. But I've had to learn that God's dream for my life did not necessarily match mine. I'm still amazed when I consider the way God blesses this ministry and empowers me to lead the team of wonderful people who make it all happen. God's dream for me was certainly bigger than the one I had for myself!

At one point, I planned to be a lawyer. Then I was going to be a doctor. I ended up as a math teacher. But that was the perfect preparation for the next stop on my journey. I became the executive director of The Liberty Godparent Home, a home for unwed mothers. In that capacity, I was in charge of budgeting, operations, policy-making, funding, and other tasks. I also helped girls select adoptive parents for their unborn children. That too prepared me for what I’m now doing. And I believe that whatever you are doing now is perfect preparation for the future that only God can see.

Like me, Beverly LaHaye, author and chairman of Concerned Women for America, did not envision what God had in mind for her. She shares, "I could never have dreamed that as an ordinary girl from an ordinary family I would one day testify before the Senate Judicial Committee in support of a nominee for Justice of the Supreme Court. Or that I would meet privately with three of the presidents of Central American countries to speak about helping their families. Or that I would be able to minister in seven different refugee camps over a five-year period during the Nicaraguan Sandinista war where the refugees fled to Costa Rica for safety."

In Matthew, Jesus shares a parable about a master who entrusts part of his treasure to three servants while he is away on a trip. When he returns, he calls the servants together to see what they've done with his money. Two have made the money grow; one simply hid the money for fear of losing it. The master commends the two who made the money grow and condemns the other. The master's commendation consists of these words: "Well done, good and faithful servant! You have been faithful with a few things; I will put you in charge of many things" (Matthew 25:21).

Beth Moore was faithful in teaching aerobics. Allison Bottke struggled through her own turnaround before becoming the poster girl for life-changing U-turns. Heather Whitestone McCallum took six years to correctly pronounce her last name, and now she can introduce herself as a child of the King.

These women were all faithful in the little things, and that led to them being entrusted with bigger things.

God's plan for your life is bigger than you can imagine. Ask him today to start revealing it to you. I'm confident that you’ll be surprised by what He has planned. And I know it's better than anything you have imagined!