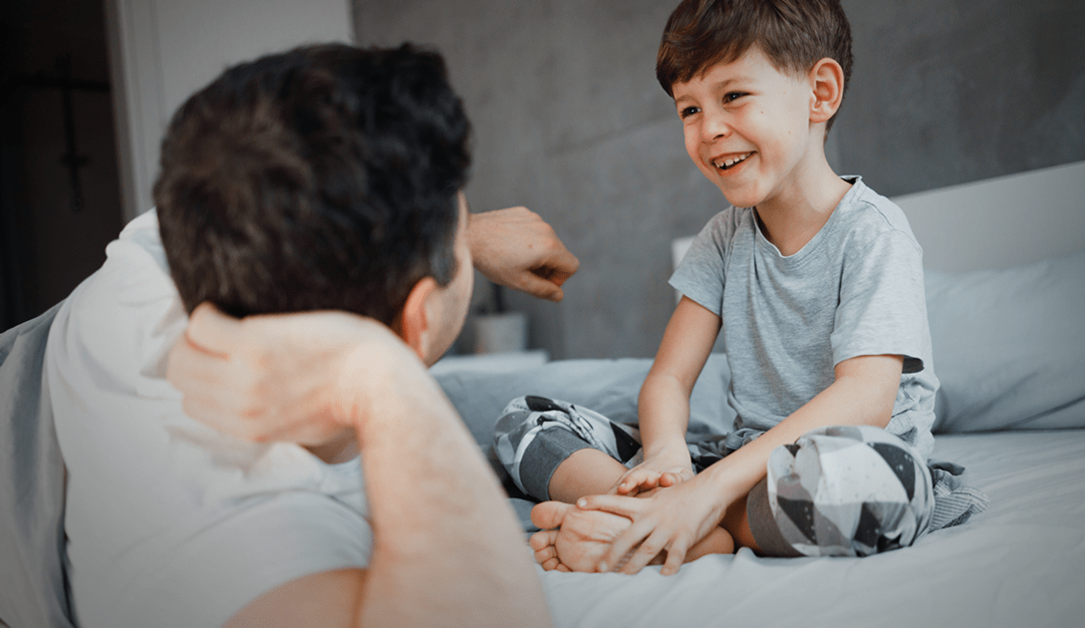 Three principles relative to authority are vitally important to the family, and to the continuation of our way of life:

1. The primary responsibility for the provision of authority in the home has been assigned to men.

It will not be popular to restate the age-old Biblical concept that God holds men accountable for leadership in their families. Nevertheless, that's the way I interpret the Scriptures. 1 Timothy 3:4-5 states:

He [the father] must have proper authority in his own household and be able to control and command the respect of his children.

Whether it seems out of date or not, a Christian man is obligated to lead his family to the best of his ability. This assignment does not justify the iron-fisted oppression of children or the disregard of a woman's needs and wishes, of course. But God apparently expects a man to be the ultimate decision-maker in his family. Likewise, he bears a heavier responsibility for the outcome of those decisions. If his family has purchased too many items on credit, then the financial crunch is ultimately his fault. If the family never reads the Bible or seldom goes to church, God holds the man to blame. If the children are disrespectful and disobedient, the primary responsibility lies with the father...not his wife. (I don't remember Eli's wife being criticized for raising two evil sons; it was her husband who came under God's wrath. See 1 Samuel 3:13.)

From this perspective, what happens to a family when the designated leader doesn't do his job? Similar consequences can be seen in corporation whose president only pretends to direct the company. The organization disintegrates very quickly. The parallel to leaderless families is too striking to be missed. In my view, America's greatest need is for husbands to begin guiding their families, rather than pouring every physical and emotional resource into the mere acquisition of money. That belief motivated the book you are reading.

2. Children naturally look to their fathers for authority.

When my son Ryan was five years old, he overheard a reference to my childhood.

"Daddy, were you ever a little boy?" he asked.

"Yes, Ryan, I was smaller than you," I replied.

"Were you ever a baby?" he inquired with disbelief.

"Yes. Everyone is a tiny baby when he is born."

Ryan looked puzzled. He simply could not comprehend his 6-foot 2-inch, 190-pound father as an infant. He thought for a minute and then said, "Were you a daddy-baby?"

It was impossible for Ryan to imagine me without the mantle of authority, even if I were a tiny newborn. His nine-year-old sister reacted similarly the first time she was shown home movies of me when I was only four. There on the screen was a baby-faced, innocent lad on a horse. Danae had to be assured that the picture was of me, whereupon she exclaimed, "That kid spanks me?!"

Danae and Ryan both revealed their perception of me...not as a man who had been given authority...but as a man who was authority. Such is the nature of childhood. Boys and girls typically look to their fathers, whose size and power and deeper voices bespeak leadership. That's why, despite numerous exceptions, men teachers are likely to handle classroom discipline more easily than soft ladies with feminine voices. (A woman teacher once told me that the struggle to control her class was like trying to keep thirty-two Ping-Pong balls underwater at the same time.)

That is also why mothers need the disciplinary involvement of their husbands. Not that a man must handle every act of disobedience, but he should serve as the frame on which parental authority is constructed. Furthermore, it must be clear to the kids that Dad is in agreement with Mother's policies, and he will defend her in instances of insurrection. Referring to 1 Timothy again, this is what is meant by a father having the "proper authority in his own household."

3. Authority will be tested.

Deeply ingrained in the human temperament is a self-will that rejects external authority. This spirit of rebellion manifests itself during the first year of life and dominates the personality during the second. The "terrible twos" can be summarized by this barbed question, "By what right do you or anyone else try to tell me what to do with my life!?" That same question will be bellowed during the adolescent years, along with sweet little comments such as, "I didn't ask to be born, you know!" Johnny Carson once said that if his teenager ever said that to him, he'd reply, "It's a good thing you didn't ask. I'd have said no."

My point is that human beings of all ages are inclined to test the limits of authority. As a father, yours will be tested, too.