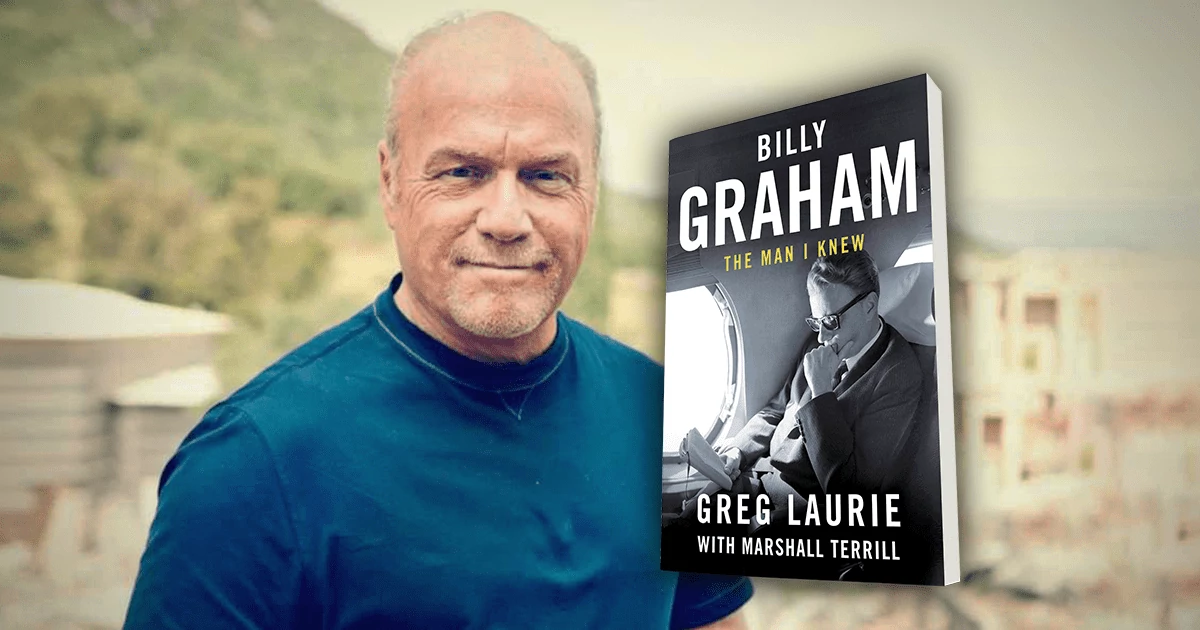 Like David, whom God plucked from obscurity as a lowly shepherd, Billy Graham was a country boy who grew up milking cows when the Lord chose him to preach the gospel and further His kingdom. Pastor Greg Laurie, author of Billy Graham: The Man I Knew, shares the story of how Billy Graham came to Christ and eventually became America's best-known evangelist and Christian ambassador to the world. Reverend Graham once told Laurie, "I don't think I'm a very good preacher. But I think God has given me the gift of giving the invitation."
See Part 2
Listen
Download
Subscribe
Read Full Transcript Order a CD of this Broadcast
Related Resources
Billy Graham: The Man I Knew Mordecai Ham, the fighting preacher Harvest Church

Greg Laurie is an evangelist, best-selling author, pastor and the founder of the Harvest churches in Southern California and Hawaii. At Harvest, he serves as senior pastor of Harvest Christian Fellowship. He began his pastoral ministry at the age of 19 by leading a Bible study of 30 people. Since then, God has transformed that small group into a church of some 15,000 people. Today, Harvest is one of the largest churches in America. In 1990, Laurie began holding large-scale public evangelistic events called Harvest Crusades. Since that time, close to 10 million people have participated in Harvest Crusades in person or online around the United States. In 2012, Laurie launched Harvest America, a nationwide event using the Internet to simulcast live HD video to thousands of locations across the country. Harvest Crusades have also been held internationally in Canada, Australia, and New Zealand, and over 500,000 people have made professions of faith through these outreaches. Laurie is the featured speaker on the nationally syndicated radio program, A New Beginning, which is broadcast on more than 1,100 radio outlets around the world. He also has a weekly television program on the Trinity Broadcasting Network. Laurie served as the 2013 Honorary Chairman of the National Day of Prayer, and also serves on the board of directors of the Billy Graham Evangelistic Association. He holds honorary doctorates from Biola University and Azusa Pacific University. In addition to speaking and assisting other ministries, Laurie has authored over 70 books including Johnny Cash: The Redemption of an American Icon, Jesus Revolution, Steve McQueen: The Salvation of an American Icon, Tell Someone, The New Believer’s Bible, Hope for Hurting Hearts, and his autobiography, Lost Boy. In 2021, Pastor Laurie released his latest book, Billy Graham: The Man I Knew. Greg has been married to Cathe for more than 40 years and they have two sons and five grandchildren.