Ministering to the Elderly Part 1 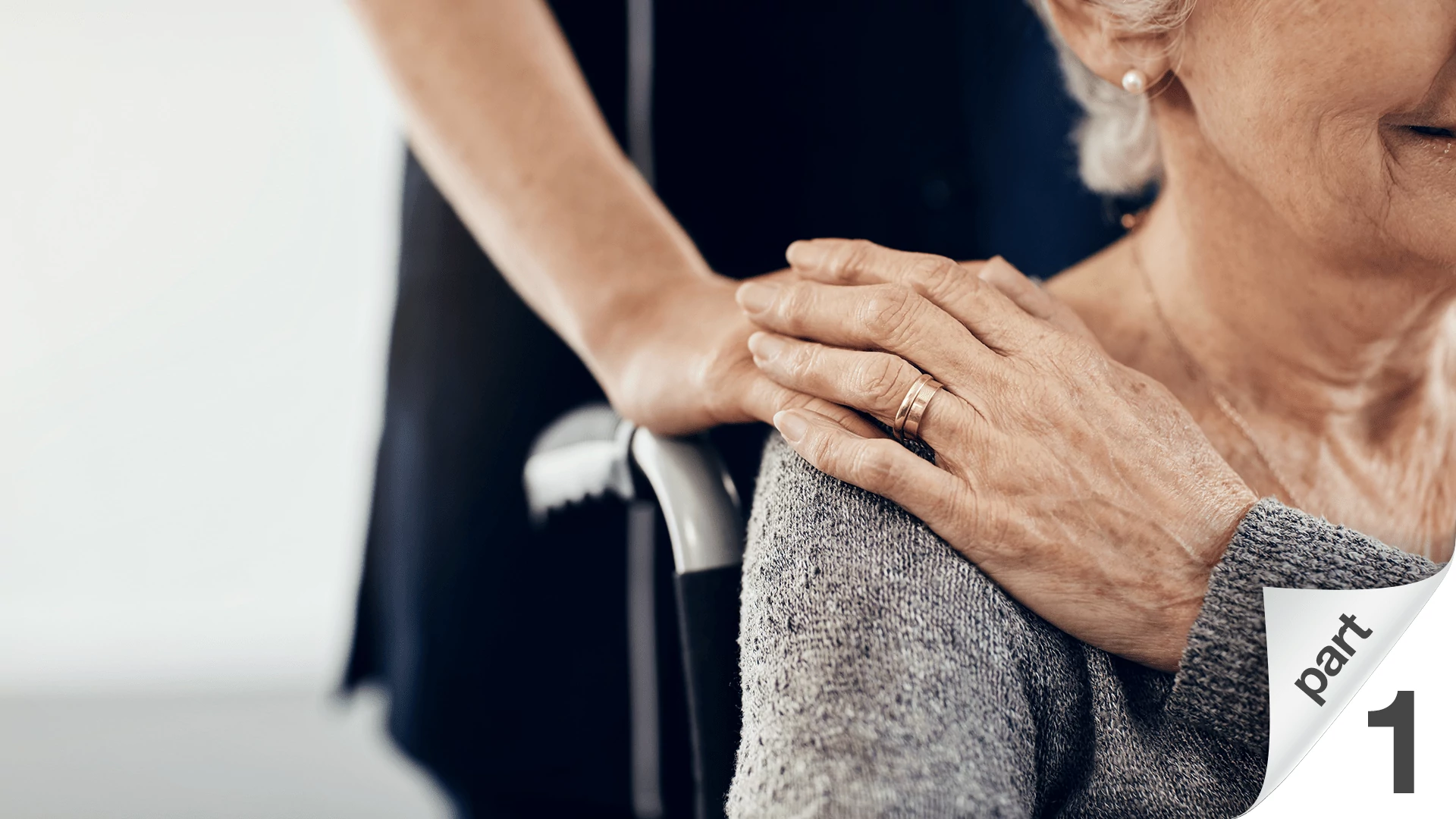 Many churches and ministries today focus on attracting younger people and families, while neglecting the elderly in our communities. Dr. James Dobson and the late Christian recording artist Missy Tate discuss her joy of visiting nursing homes, and how we can all provide encouragement for the lonely and isolated.
See Part 2
Listen
Download
Subscribe
Read Full Transcript Order a CD of this Broadcast

Vida Lea "Missy" Tate was an educator, entrepreneur and former Christian recording artist until her passing in December 2005. After graduating high school in 1961, Missy attended Peabody Institute of The Johns Hopkins University until 1963. In 1972, she founded the Weems Creek Nursery School and Kindergarten, and in 1982 she founded Missy Tate Ministries. Missy was signed to Star Song Records in Nashville, Tennessee as a Christian gospel artist. She made weekly visits to various nursing homes to sing to the elderly. She passed away on December 18, 2005 at 62 years of age. Missy was survived by her husband, retired Air Force Brig. Gen. Vernon R. "Rod" Tate (who later passed away in 2018), and their two sons and two daughters.

Danae Dobson is an established author who also maintains a speaking ministry, addressing women at church-related events such as banquets, teas, and conferences. Danae was born in southern California and wrote her first children's manuscript at the age of 12. The book was entitled Woof! A Bedtime Story About A Dog. Upon its publication, she became the youngest author in the 25-year history of Word, Inc., in Dallas. It's a distinction that she still holds today. In 1990, Danae received her bachelor's degree in communication from Azusa Pacific University. She has authored 24 books to date, including the popular Woof series that was spun off of her original story. These best-selling books have sold over 400,000 copies and have also been released in the United Kingdom and Indonesia. Her other works include Parables For Kids (co-authored with Dr. James Dobson), the Forest Friends series and the Sunny Street Kids' Club series. Danae has also written two inspirational books for adolescent girls entitled, Let's Talk! and Let's Walk the Talk! More recently she and her mother, Shirley Dobson, have co-authored an encouraging book on hospitality entitled, Welcome to Our Table. Danae has appeared on the 700 Club, Daystar, and Time For Hope, and has been a guest on more than one hundred radio broadcasts, including Minirth Meier and Focus on the Family. She has also been a featured speaker at the Christian Booksellers Association, Hawaiian Islands Ministries, MOPS, and numerous Christian schools. Danae is the daughter of Dr. James and Shirley Dobson of the Family Talk broadcast, and has a younger brother, Ryan, who is also an author and speaker, and host of a national podcast. Danae resides in southern California.