The Bachmanns: Their Story of Faith and Family Part 1 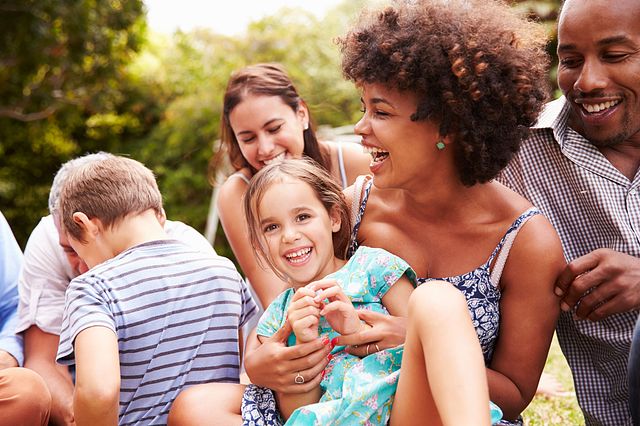 Meet the woman behind the podium as Dr. Dobson welcomes Congresswoman Michele Bachmann to the studio to discuss how her faith and family have influenced her life. See beyond the media hype for a glimpse into the heart of this wife and mother on today's Family Talk! Dr. Marcus Bachmann, president of Bachmann & Associates, has been a clinical therapist in the Twin Cities for more than 20 years. Marcus is a popular conference speaker with practical insights, biblical principles, and humor interwoven in his messages. I believe my call is to minister to the needs of people in a practical, caring and sensitive way. Dr. Bachmann received his Masters degree in education/counseling from Regent University located in Virginia Beach, Virginia. He received his Doctorate degree in clinical psychology from Union Graduate Institute located in Cincinnati, Ohio. Marcus and his wife, Congresswoman Michele Bachmann are the parents of five children and have been foster parents to more than 20 children. The family lives in the St. Croix Valley. In 2006, Congresswoman Michele Bachmann became the first Republican woman to be elected to represent Minnesota in the U.S. House of Representatives. As a self-proclaimed "Constitutional Conservative", Bachmann is committed to fixing Washington's broken ways by advocating for America's adherence to the Constitution. Bachmann has become known on Capitol Hill as a member who champions tax reform, works to cut wasteful government spending and supports limiting the size of our government. She also is devoted to the repeal of Obamacare, a legislation she believes is an example of government's recent uninhibited growth. In Bachmann's view, the government needs to make the kind of serious spending decisions that many families and small businesses across America have been forced to make. As a believer in the traditional values upon which this country was founded, she consistently defends America's religious liberties and the importance of the family as the first unit of government. She also has continuously worked to defend the right to life for all Americans, including the unborn. Bachmann is a member of the Permanent Select Committee on Intelligence and the Financial Services Committee. She has taken the opportunity of serving on the Intelligence Committee to regularly advocate for peace through strength to ensure America's national security. As she vowed in her Oath of Office, Bachmann continues to "support and defend the Constitution of the United States against all enemies, foreign and domestic." Bachmann is devoted to doing her part to ensure America's safety. As a member of the Financial Services Committee, Bachmann has been given keen insight into the current housing crisis and credit crunch. This insight has led her to be a staunch opponent of the taxpayer-funded bailout of Wall Street and the Dodd-Frank legislation. As the federal government continues to grow under the current administration, Bachmann was honored to establish the Tea Party Caucus in July 2010. She is proud to stand with the Tea Party to call for lower taxes, renewed focus on the Constitution and smaller government. Prior to serving in the U.S. Congress, Bachmann served in the Minnesota State Senate from 2000-2006. As a Minnesota State Senator, she championed the Taxpayers Bill of Rights. Before holding elected office, Bachmann worked on hundreds of civil and criminal cases as a federal tax litigation attorney. Through her experience as a tax attorney, Bachmann came to understand firsthand the need to simplify the current tax code and reduce taxes on families and small businesses. Yet, it was her role as a mother of five and foster mother of 23 that led her to call for the abolishment of Goals 2000 and the Profiles of Learning and start a charter school for at-risk kids in Minnesota. Bachmann is a graduate of Anoka High School and Winona State University. After receiving her J.D. at the O.W. Coburn School of Law at Oral Roberts University and an L.L.M. in Tax Law at the College of William and Mary, she along with her husband, Marcus moved their young family to Stillwater, Minnesota. There they opened a small business health care practice that employs nearly fifty people. The Bachmanns, who have been married over thirty years, have five children, Lucas, Harrison, Elisa, Caroline and Sophia. The Bachmanns have also cared for 23 foster children, inspiring Bachmann's tireless efforts in Congress on behalf of America's foster and adopted children, a role that has earned her bipartisan praise. She is proud to represent Minnesota's Sixth Congressional District, a district which contains parts of six counties, stretching from Stillwater past Saint Cloud, including several suburbs of the Twin Cities.
See Part 2
Listen
Download
Subscribe
Order a CD of this Broadcast